Setting the Record Straight on NIST’s Public Meeting: No, Senators Bayh and Dole Didn’t Sell Out Their Law

“Senators Bayh and Dole didn’t oppose the critic’s pet theory because of some alleged corrupt influence by special interests. They opposed it because it’s wrong and because I asked them to set the record straight. Here’s the story of what really happened.” 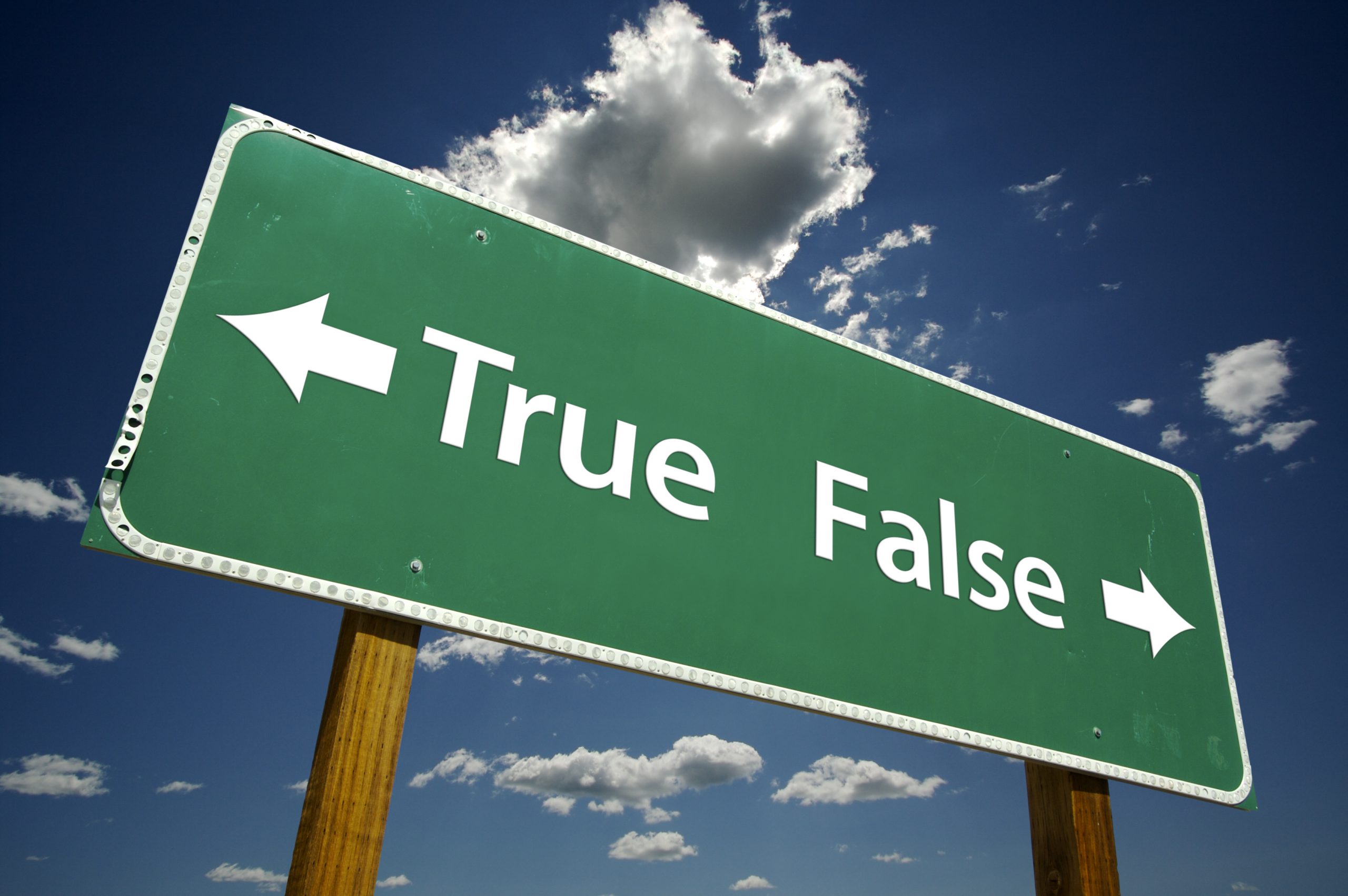 As we all know by now, we live in mean-spirited times. A galling example occurred during the February 25 public meeting held by the National Institute of Standards and Technology (NIST) on the pending clarifying regulations for the Bayh-Dole Act. NIST invited a limited number of speakers to provide short comments. The main issue is new language ensuring that the march-in rights section of the law continues to function as intended—that the government can force an academic institution to issue additional licenses if good faith efforts are not being made to develop a federally-funded invention, or if enough product cannot be produced to meet the needs of a national emergency or the requirements of federal regulations. Critics of the law claimed to have discovered a hidden meaning allowing the government to march in if someone doesn’t like the price of a successfully commercialized Bayh-Dole invention. NIST is shutting the door on that canard.

Jamie Love with Knowledge Ecology International, a leading opponent of Bayh-Dole, used his time to attack the integrity of my now departed boss, Senator Birch Bayh, and 97-year-old Senator Robert Dole, who just announced that he’s fighting cancer. It was alleged the senators’ view on how their law works should be ignored because they or their law firms worked with the life science industry after they left office, so they can’t be trusted.

Senators Bayh and Dole didn’t oppose the critic’s pet theory because of some alleged corrupt influence by special interests. They opposed it because it’s wrong and because I asked them to set the record straight. Here’s the story of what really happened.

Twenty years after the passage of Bayh-Dole, two law professors wrote an article in the Tulane Law Review alleging that the legislative history of the law shows that march-in rights can be used for price control. When I read it, I laughed because the paper built its case quoting testimony from non-Bayh-Dole hearings or critics of the law. I put the paper aside with a shrug.

However, that changed when the authors wrote a prominent op-ed in The Washington Post, titled “Paying Twice for the Same Drugs,” presenting their theory to a wider audience.

At the time, I was the Executive Director of the National Technology Transfer Center, an organization created by Congress to help U.S. industry work with our research universities and federal laboratories. I contacted Senator Bayh and said that we needed to respond, as the op-ed was so misleading. He agreed and reached out to Senator Dole to co-author a rebuttal. The Washington Post would only give them a limited letter to the editor to present their case.

As co-authors of the Bayh-Dole Act of 1980, we must comment on the March 27 op-ed article by Peter Arno and Michael Davis about this law.

Government alone has never developed the new advances in medicines and technology that become commercial products. For that, our country relies on the private sector. The purpose of our act was to spur the interaction between public and private research so that patients would receive the benefits of innovative science sooner.

For every $1 spent in government research on a project, at least $10 of industry development will be needed to bring a product to market. Moreover, the rare government-funded inventions that become products are typically five to seven years away from being commercial products when private industry gets involved. This is because almost all universities and government labs are conducting early-stage research.

Bayh-Dole did not intend that government set prices on resulting products. The law makes no reference to a reasonable price that should be dictated by the government. This omission was intentional; the primary purpose of the act was to entice the private sector to seek public-private research collaboration rather than focusing on its own proprietary research.

The law we passed is about encouraging a partnership that spurs advances to help Americans. We are proud to say it’s working.

A few years later, Mr. Love, who just attacked Senators Bayh and Dole, filed a petition to NIH asking it to march in against a successfully commercialized drug (Norvir/Ritonavir) because of its price. I again contacted Senator Bayh, who appeared at the NIH public meeting to oppose the petition. He explained that the law does not allow the government to march in to set prices on successfully developed inventions. He also showed how the petition altered the legislative history of Bayh-Dole:

This consensus was recorded in the Senate’s Committee Report on the bill, which explained that march-in rights were intended to insure that no ‘windfall profits,’ or other “adverse effects result from retention of patent rights by these contractors.”

The petition footnote on this section adds “statement of Senator Bayh that the march-in provisions were meant to control the ability of ‘the large, wealthy, corporation to take advantage of Government research and thus profit at taxpayers’ expense.”

Rather than being a statement of fact, my quotation is actually taken from a question I asked the Comptroller General on another topic altogether.

The petition language taken from the Committee report mixes up references to two different sections of the law so that the original meaning is unrecognizable.

Let’s see what happens when the petition quotes are placed in their proper context. I highlighted the following language referred to in the petition as it actually appears in the legislative history.

With regard to the petition’s footnote, during his testimony I asked Elmer Staats, then the Comptroller General of the United States, a question regarding concerns expressed about the Bayh-Dole bill. Here it is:

Mr. Bayh: “The other criticism comes from those that feel that this bill is a front to allow the large, wealthy corporation to take advantage of Government research dollars and thus to profit at the taxpayers’ expense. We thought we had drafted this bill in such a way that this was not possible. Would you care to comment on this scenario as a valid criticism?”

Mr. Staats: “Of course, this is the key question. There is no doubt about that. In my opinion, the bill does have adequate safeguards…”

The agencies will have the power to exercise march-in rights to insure that no adverse effects result from the retention of patent rights by these contractors.

That was the language on section 203, the march-in rights provision. The report continues:

The existence of section 204 of the bill, the Government pay back provision, will guarantee that the inventions which are successful in the marketplace reimburse the Federal agencies for the help which led to their discovery. Although there is no evidence of “windfall profits” having been made from any inventions that arose from federally-sponsored programs, the existence of the pay back provision reassures the public that their support in developing new products and technologies is taken into consideration when these patentable discoveries are successfully commercialized.”

Thus, it is only by inappropriately combining language describing an entirely different section of the law that the words “windfall profits” can be made to refer to march-in rights. They clearly do not. Such a representation is highly misleading.

When read in context, the real meaning could not be clearer. Rather than controlling product prices, the language actually provided that the Government should be able to recoup a percentage of its investment when an invention from its extramural funding hits a home run in the market.

In fact, this payback provision of Section 204 was later dropped from the bill altogether because the agencies said that the administrative costs of tracking university royalties would far outweigh any monetary benefits from the one-in-a-million breakthrough invention.

Hard to believe that someone who tried to pull such a stunt on NIH is now attacking the integrity of Senators Bayh and Dole. That march-in petition, like all the others filed under the flawed “price control” theory, was dismissed. They were rejected by every Democratic and Republican Administration that considered them because they are not based on the law but wishful thinking.

But let’s end on a high note. The Wall Street Journal wrote how President Biden recently went to visit Senator Dole when the reports of his cancer were released. When he was a Senator, Biden and Senator Dole were on opposite sides of the aisle but developed a close friendship. One story told of how Senator Dole once approached Biden, then-Chairman of the Senate Judiciary Committee. It was late in the Congress and a federal judgeship had opened. Dole had someone he highly regarded that would be ideal for the slot. He asked Chairman Biden if it were possible for the Committee to approve the nomination without the normal confirmation hearing. Biden replied: “If Bob Dole says the woman’s qualified, then she’s qualified.” The nomination went out of committee without a hearing and the judge was approved.

Today, such a story seems unbelievable. It’s pretty clear that President Biden doesn’t have any doubts about Senator Dole’s integrity. Senator Biden was also a close friend of Birch Bayh and voted for Bayh-Dole, which must make the critics crazy. Good!