“When it comes to patent infringement, there’s no right or wrong. There are only shades of gray, because patents are just words that are interpreted differently by patent examiners, lawyers, judges, juries, and at the PTAB.” 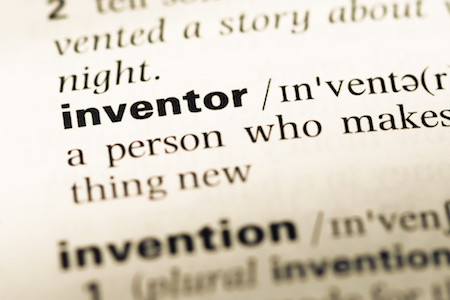 Not too long ago, independent inventor Josh Malone finally received a settlement for willful infringement of his patents. He won in court and at the Patent Trial and Appeal Board (PTAB), and from what I’ve read, I know it was a long, hard fight, and the cost to litigate was in the tens of millions of dollars. But, he did it, and his product Bunch O Balloons continues to be a number-one hit summer toy.

Licensing his invention to one of the fastest growing toy companies in the world (ZURU) clearly had its advantages for Malone. But what about the rest of us independent inventors? For the last decade or so, the patent system has not been in favor of the independent inventor. But has it ever been? I don’t think so.

In 2003, as an independent inventor living in California’s Central Valley, I was able to defend my patented technology in federal court against Lego, Inc.

At the time, I believed you could protect your inventions with patents and other forms of intellectual property. Still, I knew that I was at a major disadvantage because Lego had so many more resources at its disposal to fight against me, a lone independent inventor, and winning in court requires deep pockets. In total, I spent three years defending my patent portfolio. It was truly a formative experience, from which I learned a great deal.

One obvious conclusion? The legal system is not set up in favor of the little guy. I decided to sue Lego because I felt I had been wronged. But when it comes to patent infringement, there’s no right or wrong. There are only shades of gray, because patents are just words that are interpreted differently by patent examiners, lawyers, judges, juries, and at the PTAB. There are endless ways to work around a patent by coming up with variations of an invention. Your competitors will always try to reverse-engineer your success.

After three long years, I watched as our attorneys ended up arguing over just two words. Yes, the interpretation of two words. It seemed absurd. There was nothing black or white about it.

It’s Up to Inventors

It’s these shades of gray that most inventors are very frustrated by. In his article, “Congress Must Work to Understand the Language of Inventors,” Malone touches on this.

Here’s what I think. As inventors, we must understand our invention better than anyone else, and be extremely cautious and careful when working with our patent attorneys or patent agents to file a non-provisional patent application. We must give them all the tools they need to help us with the application. That’s why inventors themselves need to come up with variations and workarounds of their invention, understand materials, and also understand how their invention will be manufactured as a product. It’s up to us, and no one else. This is how you create a patent that will truly have value in the marketplace and help if there are any infringement issues.

When I discovered that Lego had used an idea that I presented to them without compensating me, I felt violated. How could they do this to me? Now I know it was just business as usual. They had assessed the risk and made their decision accordingly.

I also realized that the legal profession is a club to which I, as an independent inventor, will never belong. Between the lawyers and the judge that they argued in front of, I was an outsider, and I always would be. Two weeks before we were to go to trial, we settled. All in all, it was an extremely time-consuming and expensive experience.

Did the patent system work for me? Yes. It wasn’t easy and it definitely wasn’t fun. It was complicated and imperfect, which is how I believe it always will be — and the reason why lawyers exist. I continued to file and obtain patents on the same technology, which ended up producing revenue for me for 20 years.

So, what about independent inventors who don’t have a company behind them or the resources to defend their patents? What can be done?

I think most of us would agree that independent inventors need stronger patent rights. For our country to thrive, inventive people must be encouraged to take action. They need a supportive environment. That’s why we must make it harder for companies to take advantage of our innovative and inventive capabilities.

The patent system shouldn’t be stacked against one particular interest group, of course. To the extent that it can be, it should be fair and balanced. But exactly what that means is always going to be up for debate.

Here’s the reality today. If you have a popular product or service, the competition won’t be far behind — and will do everything in its power to take advantage of your success.

Here’s the catch. You shouldn’t let that discourage you. It’s just the way it is right now. It’s called competition for a reason, and it will always exist in some form or fashion.

Fundamentally, I believe inventors need to start acting more like entrepreneurs. Patents are just one tool to help you commercialize your inventions. Entrepreneurs are defined by their ability to overcome obstacles. So please, don’t let a patent or the competition stop you from achieving your goals.

Most of time, you don’t even need a patent. If your product is likely to have a short lifespan, which is true for many industries these days, patents are just not that important. That’s what I am hearing directly from companies that are willing to work with independent inventors to develop new products.

You see, in my role as a co-founder of the coaching program inventRight, I see a huge volume of signed licensing agreements. We’re very current on what’s actually happening. And these licensing agreements? They are for products that are protected with only a provisional patent application. That’s right — no patent. I am sure some of you who are reading this are completely shocked. How can you license an invention without any intellectual property?

But it’s true. Companies are now licensing the product itself, including any variations and improvements, as well as considering the hard work the inventor has put into it and the goodwill they have established. These companies realize that in order to be competitive, they need to be innovative, and that means a steady stream of new ideas.

Nice to Have, But Not Essential

To write my new book on how to become a professional full-time inventor, I decided to dig a little deeper. I wanted to pull back the curtain on open innovation to let people know what is really required today. In total, I interviewed more than 30 experts across 17 industries about working with inventors for Become a Professional Inventor.

I asked each company I interviewed pointblank: How important are patents to you?

No two answers were the same.

Small to midsize companies are well-aware of the realities of successfully protecting anything in today’s market. With such a high volume of online sellers and the speed at which overseas factories are able to manufacture new products, it’s nearly impossible. When the lifespan of a product will be fairly short, the cost to obtain a patent and defend it won’t result in a return on their investment. These companies understood that copycats were 100% guaranteed if they had a hit on their hands. For these types of companies, patents are not required. Here are some of the comments I received:

“We will work on an item whether it has a patent or not.” — Trish Dowling, VP of Merchandising at DRTV company Allstar Innovations, the maker of hit products including the Snuggie.

“I don’t mind if it’s patented or not, because we have the opportunity to get products to market fast.”— Luke Berry, Head of Innovation at Halfords Group, leading provider of motoring and cycling products and services in the UK.

Companies that are market leaders and have deep pockets are willing to fight. Because of their size and relationships, they can make more effective use of intellectual property. Here is what they said:

“It would be in your interest to get a patent filed, so we don’t have a motive to cancel the license.” — Lawrence Cruz, Chief Patent Counsel at Conair Corporation

Ultimately, this is what I’ve learned after interviewing so many experts: patents are nice to have, but by no means necessary. Yes, intellectual property has its place. But it’s not all the time, and it’s not in every case.

The best advice I have is to file a well-written provisional patent application first. This will give you, and the company you license your invention to, options. Consider making use of other forms of intellectual property, including design patents, trademarks, and copyrights. All of these add up to perceived ownership, which is what you need to secure a licensing agreement for a simple consumer product idea.

I also believe the best way to fight against infringers and copycats is in the court of opinion, not by using the legal system. You have a voice; use it! Establish yourself as the original creator of your product using all of the resources available at your disposal, including social media. Document your story with images and video. Keep telling your story. Get louder. Create brand awareness. Build an army of passionate and raging fans. Loyal customers will come to your defense when you need them. Major retailers cannot afford a barrage of negative reviews from your customers. They’ve spent a lot of time and money on their brand, and that brand can be tarnished very quickly.

You do have power, so please, yield it wisely.

Today, success in the marketplace has little to do with protection. You’ll be much better served by focusing on selling first and selling fast. The easiest way to license an idea is through perceived ownership, which you can obtain with a well-written provisional patent application. And one of the best protection strategies, like the Bunch O Balloons saga demonstrates, is to license your invention to a market leader.

So, really, to me and to the companies that have embraced open innovation, it doesn’t matter if the patent system works or not. This is my perspective as an entrepreneur.

Patents can be useful tools for furthering your business goals, be it securing a licensing agreement or funding for your startup. Their value has nothing to do with stopping anyone.

Stephen Key Stephen Key is the world’s leading expert on licensing consumer product ideas. In addition to being a best selling innovation author on books for serial inventors, entrepreneurs and startups, in [...see more]