“Fintiv is the latest signal from the PTAB that it is tightening the standards for trial institution and will continue to increase its exercise of discretion.” 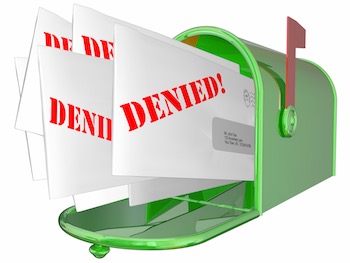 The establishment of the Patent Trial and Appeal Board (PTAB) forever changed district court patent litigation. Recently, the PTAB’s increased use of its discretionary denial authority and the Supreme Court’s confirmation of the unreviewability of institution decisions highlights the criticality of parties considering the evolving interplay of PTAB invalidity trials and district court litigations. We explore this issue by examining the March 20, 2020 Order (Paper 11) in Apple Inc. v. Fintiv, Inc., which the PTAB designated as precedential on May 5, 2020. Fintiv enumerates a non-exclusive list of factors that the PTAB will evaluate when considering whether to exercise its discretion to deny instituting a petition because of events in parallel proceedings in other tribunals, such as parallel district court litigation involving the challenged patent.

Fintiv, along with the PTAB’s prior precedential decisions in Becton, Dickinson and General Plastic, creates a “Discretionary Denial Trilogy”—a series of three seminal, precedential decisions, each of which enumerates non-exclusive factors that the PTAB considers when evaluating whether to exercise its discretion under certain factual scenarios. The Becton, Dickinson factors address the PTAB’s discretion under 35 U.S.C. § 325(d) when evaluating whether the same or substantially the same prior art or arguments were previously presented to the Patent Office. The General Plastic factors address the PTAB’s discretion under § 314(a) when weighing the equities of permitting “follow-on” petitions (i.e., a subsequent petition filed by the same petitioner to challenge the same patent). Given the Supreme Court’s recent decision in Thryv v. Click-to-Call Technologies, this Trilogy is particularly important and powerful because the Supreme Court confirmed that institution decisions are not reviewable.

Although this article focuses on Fintiv, every PTAB practitioner—whether representing petitioner or patent owner—should study the Trilogy, and should approach PTAB pre-trial practice (i.e., before issuance of an institution decision) with a firm understanding of how and when the PTAB applies the various discretionary denial factors. And because the factors enumerated in the Trilogy influence fundamental, strategic decisions related to overall litigation strategy (such as where a patent owner should file an infringement suit, how and when a defendant seeks a stay, the timing for filing a petition at the PTAB, which prior art and arguments to present, etc.), practitioners must consider these factors when developing an overall litigation strategy.

Turning to Fintiv, the PTAB enumerated six factors that “relate to whether efficiency, fairness, and the merits support the exercise of [the PTAB’s] authority to deny institution in view of an earlier trial date in [a] parallel proceeding.” Fintiv, IPR2020-00019, Paper 11 at 5-6. Building on the PTAB’s precedential decision in NHK Spring (designated as precedential on May 7, 2019), Fintiv synthesizes the considerations and decisions from NHK Spring and its progeny into the following factors:

The first prong (“whether the court granted a stay”) is straightforward and, if answered in the affirmative, weighs against discretionary denial. The PTAB explained that “[a] district court stay of the litigation pending resolution of the PTAB trial allays concerns about inefficiency and duplication of efforts. This fact has strongly weighed against exercising the authority to deny institution under NHK.” Id. at 6 (emphasis added).

The second prong (“whether . . . evidence exists that a stay may be granted if a PTAB proceeding is instituted”) is not as straightforward as the first. Here, the PTAB recognized that “[i]n some cases, there is no stay, but the district court has denied a motion for stay without prejudice and indicated to the parties that it will consider a renewed motion or reconsider a motion to stay if a PTAB trial is instituted.” Id. at 6-7. Such an indication “suggests the district court may be willing to avoid duplicative efforts and await the PTAB’s final resolution” on invalidity, and weighs against discretionary denial. However, the PTAB cautioned that “proximity of the court’s trial date [factor 2] and investment of time [factor 3] are relevant to how much weight to give to the court’s willingness to reconsider a stay.” Id. at 7. Accordingly, when a district court has not granted a stay but has indicated a willingness to do so in the future, the PTAB will attempt to balance the possibility of a stay with how far along the co-pending litigation is (including how much time and effort has been expended by the court and the parties).

The PTAB’s recent decision denying institution in Cisco Systems, Inc. v. Ramot at Tel Aviv University LTD., IPR2020-00123, Paper 14 (PTAB May 15, 2020) illustrates balancing between Fintiv factor 1 and Fintiv factors 2 and 3. In Cisco, the plaintiff/patent owner Ramot filed suit in the Eastern District of Texas. When defendant/petitioner Cisco moved for a stay prior to PTAB institution, the district court denied the motion without prejudice. This scenario created a Gordian knot: the district court conditioned granting a stay on the PTAB instituting review and the PTAB conditioned instituting review (in-part) on the district court granting a stay. Determining that Fintiv factor 1 weighed neither for nor against discretionary denial, and the PTAB turned to Fintiv factors 2 and 3 to support its decision to deny institution. Cisco, pp. 6-9.

Fintiv Factor 2: The second factor considers the “proximity of the court’s trial date to the Board’s projected statutory deadline for a final written decision.” Fintiv, pp. 5-6, 9. This factor is straightforward: “If the court’s trial date is earlier than the projected statutory deadline, the Board generally has weighed this fact in favor of exercising authority to deny institution under NHK.” Id. at 9.

Given the current environment created by the COVID-19 pandemic, one question parties may have is how does the uncertainty regarding trial dates impact, if at all, the analysis under the second Fintiv factor. Here, the Intel Corp. v. VLSI Tech. LLC, IPR2020-00158, Paper 16 (PTAB May 20, 2020), is instructive. In Intel, the district court trial was scheduled to complete seven months before the PTAB’s projected statutory deadline for issuing a final written decision. The PTAB recognized that “there is uncertainty about what effect the coronavirus disease 2019 (“COVID-19”) pandemic will have with respect to the trial date” and that the district in question had suspended trials through June 30, 2020. Intel, p. 9. However, because of the “substantial gap” between the trial date and the projected PTAB deadline, the PTAB was not persuaded that COVID-19 would cause enough delay to the trial date to justify instituting review, and the second factor weighed in favor of denial. Id.

Fintiv Factor 3: The third factor considers the “investment in the parallel proceeding by the court and the parties.” Fintiv, pp. 5-6, 9-11. The PTAB referred to this factor as the “investment factor,” and explained that the “more work completed by the parties and court in the parallel proceeding tends to support the arguments that the parallel proceeding is more advanced, a stay may be less likely, and instituting would lead to duplicative costs,” thus favoring discretionary denial. Id. at 10. For example, “if, at the time of the institution decision, the district court has issued substantive orders related to the patent at issue in the petition,” such as a Markman order, “this fact favors denial.” Id.

Note that factor 3 considers not only the time and effort invested by the court, but also the time and effort invested by the parties. Cisco is again instructive. In Cisco, even though the district court had not yet issued a claim construction order, the PTAB cited the parties’ exchange of invalidity contentions and submission of claim construction charts and briefs to support its exercise of discretion to deny institution. The PTAB also considered the schedule and “the remaining work” in the district court, finding that the parallel litigation was in an advanced stage that favored denying institution. Cisco, pp. 8-9.

Fintiv Factor 4: The fourth factor considers the “overlap between issues raised in the petition and in the parallel proceeding.” Fintiv, pp. 5-6, 12-13. “[C]oncerns of inefficiency and the possibility of conflicting decisions” undergird the PTAB’s analysis of this factor. And thus the PTAB will wade into a “highly fact dependent” analysis to determine whether the “petition includes the same or substantially the same grounds, arguments, and evidence as presented in the parallel proceeding,” which, if answered in the affirmative, favors denying institution. Id. at 12. “Conversely, if the petition includes materially different grounds, arguments, and/or evidence than those presented in the district court, this fact has tended to weigh against exercising discretion.” Id. at 12-13.

Fintiv Factor 5: The fifth factor considers “whether the petitioner and the defendant in the parallel proceeding are the same party.” Id. at 5-6, 13-14. As one would expect, “[i]f a petitioner is unrelated to a defendant . . . this fact [weighs] against exercising discretion.” Id. However, Practitioners should closely monitor this factor for further development because the PTAB warned that “[e]ven when a petitioner is unrelated to a defendant, however, if the issues are the same as, or substantially similar to, those already or about to be litigated, or other circumstances weigh against redoing the work of another tribunal, the Board may, nonetheless, exercise the authority to deny institution.” Id. at 5-6, 14. This warning demonstrates that factor 5 is closely related to factor 4, and that these factors should be considered and analyzed together. The PTAB’s warning also demonstrates that petitioners should analyze all litigation involving the patent they seek to challenge (not only the litigation they are directly involved in) when developing the invalidity grounds they include in a petition.

Fintiv Factor 6: The sixth factor considers “other circumstances that impact the Board’s exercise of discretion, including the merits.” Id. at 5-6, 14-16. Here, the PTAB indicated that the perceived strength of a petition’s invalidity grounds may tip the scale one way or the other. That is, if the invalidity grounds seem strong, that may favor institution; whereas weak grounds may support discretionary denial. Id.

Fintiv is the latest signal from the PTAB that it is tightening the standards for trial institution and will continue to increase its exercise of discretion. As demonstrated above, the PTAB’s Discretionary Denial Trilogy affects overall patent litigation strategy, and parties must understand the ramifications of the Trilogy when developing their strategies. And, when considered in combination with Thryv, the PTAB has nearly unchecked power during the pre-institution phase of an AIA trial. Practitioners should take heed—the battle ground has shifted to pre-institution and the stakes are very high.

Richard Bemben is a director in Sterne Kessler’s .electronics group and co-leader of the firm’s Fintech/Blockchain initiative. He has represented both petitioners and patent owners in AIA trials since the early days [...see more]

Michael Specht Michael Specht is a director and co-chair of Sterne Kessler’s PTAB litigation practice, which was recognized an unprecedented third time as MIP PTAB Firm of the Year in March 2020. [...see more]