To Disclose Or Not to Disclose: Responding to Trade Secrets Misappropriation By an Employee

“The average employer may balk at the idea of telling its competitor that one of its employees has misappropriated that competitor’s trade secrets. However, it very well may be in that employer’s best interests to make the disclosure.” 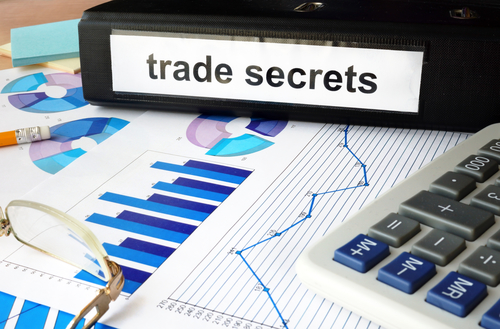 An employee comes to you with a recipe for your competitor’s “secret sauce.” You know she worked for your competitor before coming to work for you. How do you respond? It’s an important question, because it may go to the core integrity of your organization and because exploring this trade secret conundrum may offer some decision-making principles that businesses can apply when addressing other difficult decisions that they are being called to make in these stressful COVID-19 times.

This trade secret scenario initially raises various practical issues, depending on where you sit. Engineering may love to have the “secret sauce” recipe but management may be concerned about  the potential negative monetary ramifications to the company if engineering uses the recipe. The legal department may put a stop to the whole thing, to everyone’s relief, citing exposure to liability for theft of trade secrets.

But what comes next? The question of what to do once the legalities are sorted out can often be critical. In an effort to mitigate the current situation and/or avoid similar situations in the future, the employer may consider: (i) what made the employee think the company would be receptive to receiving a competitor’s trade secret, and (ii) what should the company do to try make it right? In other words, what should the employer do that would be consistent with its company values?

Here, we address question (ii), specifically, whether the employer should disclose the situation to the competitor. The average employer may balk at the idea of telling its competitor that one of its employees has misappropriated that competitor’s trade secrets. However, it very well may be in that employer’s best interests to make the disclosure. Many employers may be surprised to learn that a proactive disclosure may offer concrete economic benefits for the employer in addition to demonstrating that the company is a good corporate citizen.

As an example of a company’s consideration of its core values in decision-making, we offer the following. Over a decade ago, PepsiCo disclosed to Coca-Cola that someone had offered to sell Pepsi trade secrets of Coca-Cola’s. At the time, a Pepsi spokesperson said that Pepsi had done what any responsible company would do by assisting Coke. He noted, “competition can sometimes be fierce, but also must be fair and legal.” Pepsi’s decision to voluntarily disclose the scheme to Coca-Cola showed Pepsi to be a company with laudable corporate values and a commitment to compete fairly in the marketplace.

In the incident mentioned above, the wrong-doers were not Pepsi employees, so the question arises: should an employer contact a competitor if the employer discovers that one of its own employees had misappropriated the competitor’s trade secrets?

There are a range of steps that the Employer may consider taking in response to the discovery that its Employee has misappropriated the Competitor’s trade secrets (“the Discovery”). For example, the Employer could:

Potential Benefits to the Employer of a Disclosure to its Competitor

Below, we focus on some potential scenarios where a Disclosure may benefit the Employer.

(collectively, “Credibility”). A judge and jury may assume that the Employer never would have made the Disclosure voluntarily if the Employer had engaged in wrong-doing and, thus, had an incentive not to draw attention to the incident. For more see Sheppard Mullin’s Organizational Integrity Group’s Credibility Through Transparency.

If it is revealed during the litigation that the Employer knew of but did not disclose the incident, the judge and jury may assume (albeit perhaps wrongly) that the Employer did not make the Disclosure in order to cover-up wrong-doing on its part. A perceived cover-up by the Employer may cause them to view the Employer’s evidence skeptically and believe the Competitor’s claim that the Employer encouraged and took advantage of the employee’s misappropriation.

Thus, depending on the circumstances, it may behoove the Employer to proactively make the Disclosure to the Competitor.

Early Disclosure (even if it leads to litigation) also may permit the Employer to ascertain sooner than later whether it must redesign certain aspects of its new technology product. If the Competitor asserts a claim in response to the Employer’s Disclosure, the Competitor will file litigation to resolve the issue or the employer can file a declaratory relief action to obtain certainty. The litigation may be concluded before the new technology product is scheduled to launch in the marketplace.

Benefit: Disclosure Demonstrates and Reinforces the Employer’s Commitment to Its Own Core Values. If the Employer has stated a commitment to transparency, fair competition, respect for others’ intellectual property, and good corporate citizenship, then the Disclosure strengthens that stated commitment by demonstrating that the commitment is not simply words and instead is real. If customers learn of the Employer’s Disclosure, such knowledge may make them proud to do business with a values-driven business. Similarly, to the extent that the Employer’s employees learn of its Disclosure to the Competitor, the information may affect positively the employees’ productivity and morale. Research has repeatedly demonstrated that when a workforce believes their employer has high ethical standards, morale is higher, productivity is improved, and overall performance is enhanced. People want to be part of an organization that does the right thing.

Potential Downsides to the Employer of Disclosure to its Competitor

All that being said, there are potential downsides to Disclosure. For example, the Disclosure could trigger unwanted litigation against Employee, or the Employer, or both. Without the Disclosure, the Competitor may never discover the Employee’s misconduct and not file litigation. The Competitor may also try to use the situation to try to discover the Employer’s proprietary information (e.g., “if you didn’t use our information, how did you develop your new technology?”). The information that the Employer is willing to offer to resolve the dispute may never be enough for the Competitor. Thus, it may be impossible to settle without litigation. However, if the Competitor attempts to take advantage of the situation, the Employer can file a declaratory relief action to have a dispute resolved in court sooner than later for the reasons previously stated.

Consider Whether the Difficult Decision (Here, Disclosure) is the Right Decision

At bottom, although there are potential downsides to the Employer making a Disclosure in response to a Discovery that an Employee has misappropriated a Competitor’s trade secrets, the Employer should reconsider a knee-jerk reflex to reject a Disclosure (e.g., why would I ever want to poke a sleeping bear?). Depending on the particular circumstances, a Disclosure may provide material legal, business, and organizational integrity benefits to the Employer if implemented correctly with counsel’s assistance.