For co-pending and related proceedings before the Board, arguments must be fully made in filings. Incorporation by reference violates the Board’s rules and can result in an inability to raise such arguments on appeal. 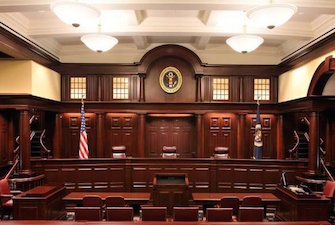 The Federal Circuit first addressed the issue of standing for the Banks. Bozeman argued in a supplemental brief that “the Banks are not ‘persons’ under the AIA, and therefore they may not petition for post-issuance review under the AIA.” Bozeman’s position was based on the fact that the Banks are government entities as defined by the Supreme Court of the United States in Return Mail, Inc. v. U.S. Postal Service, and that such designation, according to the Supreme Court, makes them not “persons.” See Return Mail, Inc. v. U.S. Postal Service, 139 S.Ct. 1853 (2018). The Banks, in response, argued that (1) Bozeman waived their argument by not raising it to the Board and (2) that the Banks are distinct from the United States Government, thus distinguishing from the Return Mail decision.

In addressing the issue of personhood of the Banks, the Federal Circuit first determined that because the issue was a purely legal inquiry (e.g., statutory interpretation) relating to patent law, it was appropriate for the Federal Circuit to exercise its discretion to reach the issue. The Federal Circuit then proceeded to distinguish the Banks from the Postal Service, which was at issue in Return Mail. In doing so, the Federal Circuit pointed to the fact that “the Banks’ enabling statute does not establish them as part of an executive agency, but rather each bank is a ‘body corporate.’” See Bozeman, citing to 12 U.S.C. §341. The Federal Circuit further pointed out that the Banks “do not receive congressional appropriated funds,” that “no Bank official is appointed by the President,” and that “Banks cannot promulgate regulations with the force of law” in reaching its conclusion that Banks are “persons” under the AIA, and are thus eligible to put forward post-issuance petitions.

At step one of the Alice test, the Federal Circuit agreed with the Board and concluded that claim 1 was directed to the abstract idea of “collecting and analyzing information for financial transaction fraud or error detection.” In reaching this conclusion, the Federal Circuit compared the claims to those found to be ineligible in Solutran, Inc. v. Elavon, Inc. and Credit Acceptance Corp. v. Westlake Servs. See Credit Acceptance Corp. v. Westlake Servs., 859 F.3d 1044, 1054–56 (Fed. Cir. 2017); Solutran, Inc. v. Elavon, Inc., 31 F.3d 1161 (Fed. Cir. 2019). Further, the Federal Circuit found that though Bozeman argued that the “claimed method is a physical process that improves handling and processing of checks, not an abstract idea,” the claims of the ’840 patent did “not… limit the method to steps to processing a physical check.”