“What do we do as U.S. citizens when two branches of our government give us inconsistent laws on the same subject matter? The tie-breaker vote goes to the U.S. Constitution, which tells us that Congress has the sole right to create patent law.” 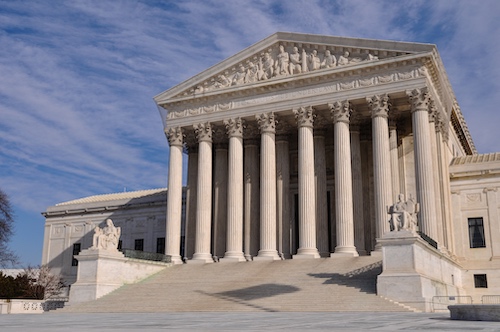 On November 1, Meredith Addy of AddyHart P.C. and I submitted an Amici Curiae brief to the U.S. Supreme Court on behalf of Freenome Holdings and New Cures for Cancers in support of the Petition for Certiorari in Athena Diagnostics v. Mayo Collaborative Services. If the Supreme Court does not take this case, it is unlikely to reconsider its decisions on Section 101 of the U.S. patent law. This may be our last gasp judicial effort.

Freenome combines two of the thorniest IP issues— personal diagnostics and artificial intelligence. We should all hope they maintain motivation in their goal to recognize disease-associated patterns among billions of circulating, cell-free markers for very early cancer detection. One of their investors is Verily, an Alphabet company.

New Cures for Cancers is a nonprofit corporation I created for judicial and legislative advocacy to urge laws that motivate new diagnostics and drugs to cure cancer. In 2019, 1.7 million people in the United States will be diagnosed with cancer and 609,000 will die. NCC is intended to be the voice of all of us personally who have been touched by cancer as patients, family members or friends and want to say, we are done with bad law. Change the laws which have caused the invalidation of every challenged patent on personalized diagnostics since 2012. Please visit our website and tell us your story, which can be submitted anonymously given the sensitivity to medical confidentiality.

The Rubric of Mayo and Alice are Inconsistent with the Wording of Section 101, in at least the following respects.

As U.S. citizens, we have the situation that two branches of our government have presented two irreconcilable tests for patent eligibility, the cornerstone of our innovation system. What do we do as U.S. citizens when two branches of our government give us inconsistent laws on the same subject matter? Well, the tie-breaker vote goes to the U.S. Constitution, which tells us that Congress has the sole right to create patent law. Therefore, the literal wording of the statute is the true law of our country, not Alice/Mayo.

Anthony Prosser and I took on the task of reviewing every patent eligibility statute between 1790 and 2011, and found that Congress consistently defined the scope of patent eligibility in the broad disjunctive “invented or discovered” initially and through dozens of recodifications, and is maintained today. See Knowles and Prosser, Unconstitutional Application of 35 U.S.C. § 101 by the U.S. Supreme Court, 18 J. Marshall Rev. Intell. Prop. L. 144 (2018).

During Congressional Hearings on the 1952 Act, the Department of Justice (DOJ) asked Congress to remove the word “discovers” from Section 101. As the codified law shows, the DOJ’s suggestion was rejected, even after DOJ testimony that it would be inconsistent with Supreme Court cases. On the contrary, Congress did the opposite; it added Section 100(a) in the 1952 Act to emphasize that inventions, at a minimum, specifically include applied discoveries.

SCOTUS has never carried out a proper statutory construction of the first four words of 101, nor referred to the legislative history or intent of that clause in its cases. This is disturbing.

U.S. patent eligibility code should be applied in the same precise, non-emotional manner that other U.S. statutes are applied, without judicial exceptions that change the meaning of the statute. In the brief, we compare SCOTUS’ opinions on tax law, the Federal Arbitration Act (FAA) and America Invents Act (AIA) law on Inter Partes Review with SCOTUS’ cases on patent eligibility.

In National Federation of Independent Business v. Sebelius, Chief Justice Roberts concluded that the Affordable Care Act’s requirement of a financial penalty for not obtaining insurance may be characterized as a tax, and falls within Congress’ broad Constitutional power to do so. According to the Court, “[b]ecause the Constitution permits such a tax, it is not our role to forbid it, or pass upon its wisdom or fairness.” The same treatment should be given to the language of Section 101.

In United States v. Zacks, SCOTUS held that if the taxpayer’s argument prevailed, it would lead to an automatic waiver of the statute of limitations, and whether that should be done is a matter for Congress to decide. “Where Congress has decided otherwise, this Court has but one course.”

In Henry Schein v. Archer & White Sales,  SCOTUS held that the FAA does not contain a “wholly groundless” exception and “we are not at liberty to rewrite the statute passed by Congress and signed by the President.” SCOTUS confirmed that “we may not rewrite the statute simply to accommodate that policy concern.” Likewise, judicially created exceptions to the law cannot be the hallmark of patent eligibility.

In SAS Institute v. Iancu, SCOTUS ruled that 35 U.S.C. § 318(a) requires the Patent Trial and Appeal Board (PTAB) to rule on every challenged claim. The SAS Court instructs: “Start where the statute does,” and “just as Congress’ choice of words is presumed to be deliberate” and deserving of judicial respect, so too are structural choices.” Section 101 starts with “whoever invents or discovers…”. In response to a policy argument from the USPTO, the SAS Court replied that “Policy arguments are properly addressed to Congress, not this Court. It is Congress’ job to enact policy and it is this Court’s job to follow the policy Congress has prescribed.”

Dawson Chemical Company v. Rohm & Haas Company bears striking similarity in fact pattern to Mayo/Alice, yet the Court’s analysis and conclusions are strikingly different. Dawson is a model for courts of how to carefully review legislative history and intent and apply the literal wording of statutes as promulgated. SCOTUS reviewed the historic court- created doctrines of contributory infringement and patent misuse in light of limitations on that doctrine by the codification of 35 U.S.C. § 271(c) and (d) in the 1952 Patent Act.

SCOTUS concluded that Congress intended to rebalance the judicial trend toward finding patent misuse by codifying Section 271(d), and the Court must comply. Importantly, the Court emphasized that “our present task is one of statutory construction, questions of public policy cannot be determinative of the outcome unless specific policy choices can be attributed to Congress itself.”

The Court’s application of statutory construction principles to patent eligibility law is inconsistent with the Rule Against Surplusage.

Finally, we rely on The Rule against Surplusage, which is a statutory construction principle requiring that every word of a statute be given effect. If Congress repeatedly uses two words in the disjunctive, the Court cannot infer redundancy.

In conclusion, after 220 years of Congressional legislative history and intent, it must be concluded that applied discoveries are patent eligible without further analysis of the non-statutory doctrines of “significantly more” or an “inventive concept”.

Eleven amicus briefs have now been filed in the Athena case. IPWatchdog will provide analysis of some others in upcoming articles.