A Thank You from IPWatchdog As We Celebrate 20 Years 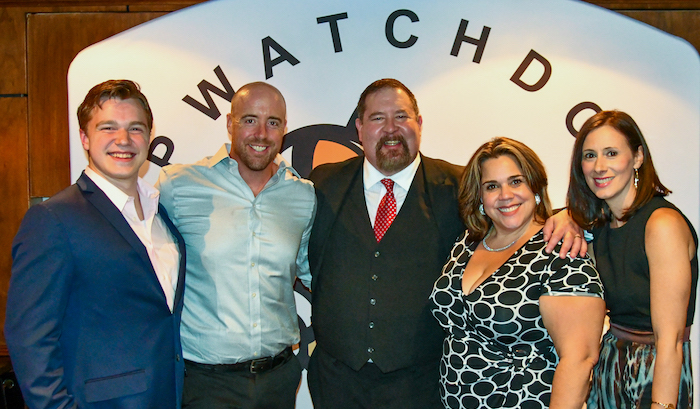 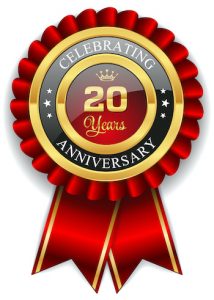 On Thursday, October 10, 2019, IPWatchdog.com celebrated 20 years of continuously being on the Internet. In typical IPWatchdog style, we had a great celebration at The Park at 14th, in Washington D.C.  We are so grateful to have had so many of our colleagues and friends from all over the United States join us as we celebrated this special occasion. We want to also take this opportunity to say thank you to all our readers, authors, advertisers, sponsors, friends and colleagues. We truly appreciate all of the support we have had over the years; we know that we could not do what we do without all of you. 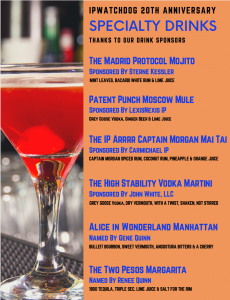 We would also like to send a special thank you to our Specialty Drink Sponsors. Our Sponsors all selected and named their drinks on the menu.  Our Sponsors included  Sterne Kessler with the The Madrid Protocol Mojito, LexisNexis IP with the Patent Punch Moscow Mule, Carmichael IP with the IP Arrrr Captain Morgan Mai Tai, and John White, LLC with the High Stability Vodka Martini. Gene and I also named a drink.  Gene’s drink of choice was the Alice in Wonderland Manhattan and I went with the Two Pesos Margarita (named with the help of Gene of course).

Finally, we would like to thank our photographers from TMD Enterprises, Tom & Charles.  With their help, we were able to capture so many great images from the event, many of which we’d like to share with you!  So without further ado… 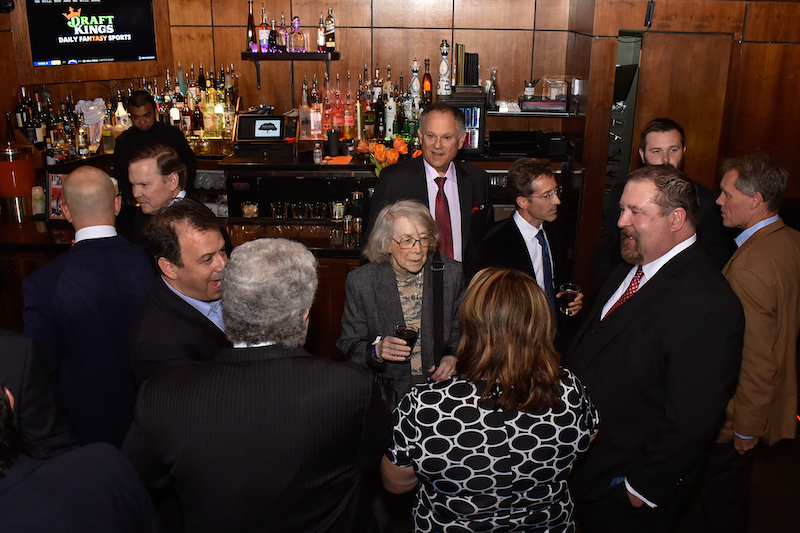 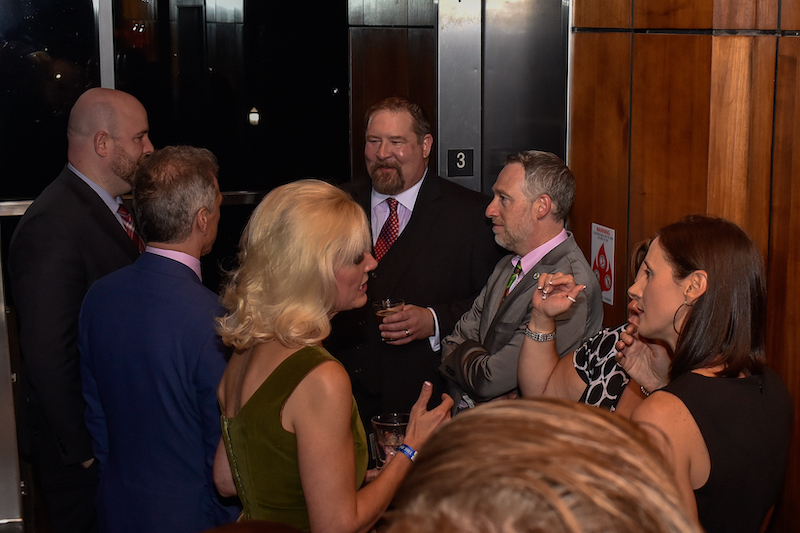 Gene Quinn chats in the background with USPTO Director Andrei Iancu (back to camera), Chief of Staff Chris Shipp and Paul Fucito (USPTO Communications). In the foreground is the USPTO’s Elizabeth Dougherty chatting with Renee Quinn & Eileen McDermott. 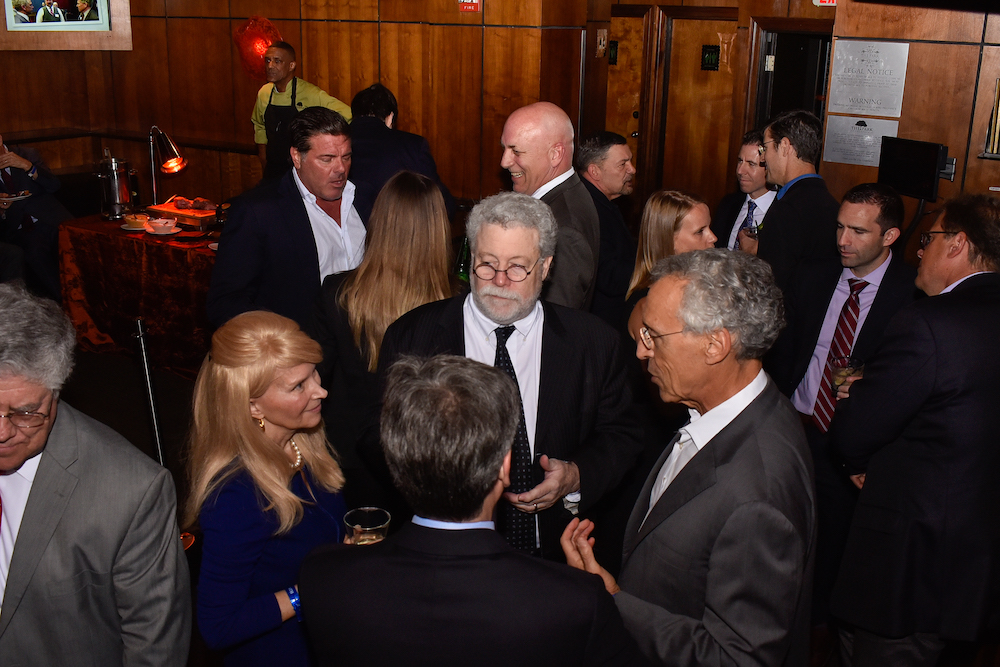 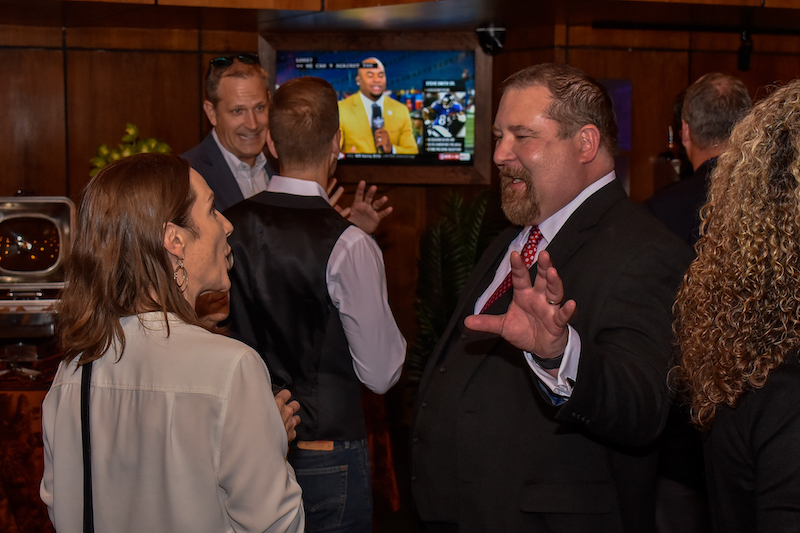 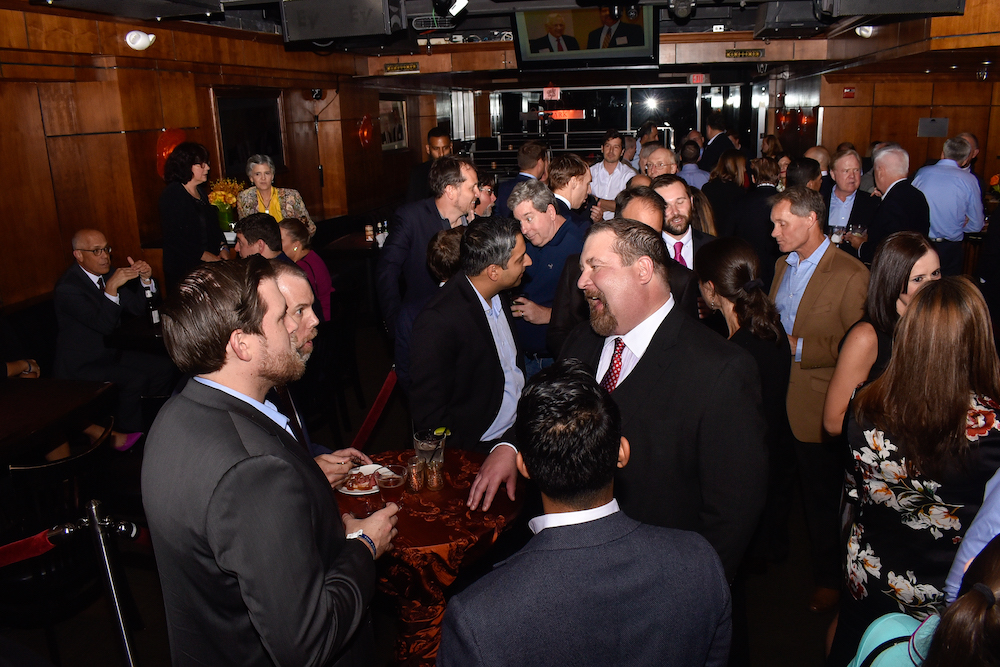 Gene is speaking with Patrick Kilbride of the U.S. Chamber, as well as Sam Hayim & Christopher Thomas (back to camera), both of Kilpatrick Townsend.  Behind them is quite the crowd! 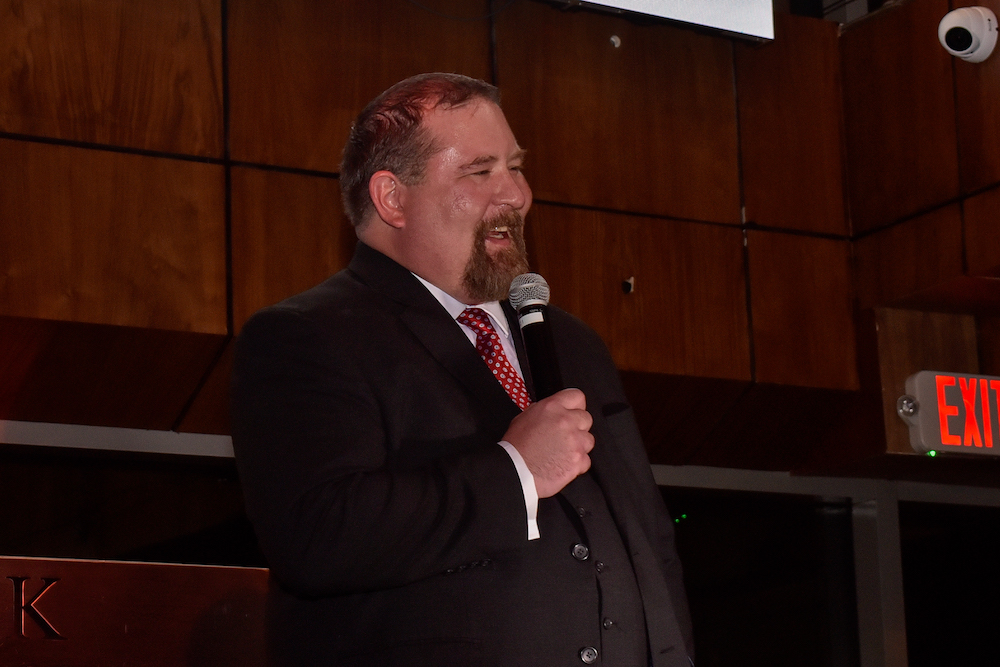 Gene took a moment during the festivities to thank all of our guests for their support over the years.  He said he was humbled by the sheer number of people who attended the celebration with us, many of whom flew in from all over the United States just for this occasion.

Right before I came over here tonight, I read an article that so many of you in this room contributed to.  You said all of these wonderful things about me and IPWatchdog and #1 they are now officially on the record, so you can’t run from them.  And #2, they were extraordinarily humbling.  IPWatchdog was more of a belief than a plan when it first started.  It’s been so much of my life; almost a generation.  One of the things that everyone kept saying over and over again, was that I put things in terms that anyone can understand.

The one thing that I have always tried to do is to explain what I do to people in a way that they can understand what I do and pass it along.  I always used to joke about it, that maybe I’m not particularly bright and I don’t get it on the level that a lot of you in this room do, so I have to dumb it down.  I always used to tell people when I was an electrical engineer that I wasn’t going to set the world on fire… unless I was actually going to set the world on fire as an electrical engineer.  {laughter} So that was why I had to go into law.  And then I read what you all wrote today about what so many of you have been telling me for a while and that is that its sometimes harder to explain to others what we all do and love and care about.  So maybe that’s where my talents do really lie.

And then I read what Art from the Smithsonian said and I just about fell out of my chair.  I’m a fan of history and many of you who have known me for a long time knows that I am as likely to be at home late at night watching the history channel or the Smithsonian channel with a glass of wine or more likely with some Irish Whisky, and to hear Art talk about IPWatchdog being “historic” and putting innovation in terms that people can understand and will understand for the future, was more than humbling.

And I was worried nobody was going to show up tonight.  {laughter}  So I’ll just leave it at this. Thank you all for coming, the bars are going to remain open and I love you all so very much!  And one final thought.  The best IS yet to come, I promise you!

After Gene spoke, I took the opportunity to present him with a surprise gift.  Two weeks before the celebration, a friend of Gene’s who would not be able to attend the event asked me if he could write a letter to Gene.  This gave me an idea for the perfect gift to present to Gene at our 20th Anniversary celebration: Letters for our (former) editor. I began reaching out to Gene’s friends and colleagues, one by one, in an effort to keep it a secret, asking for those interested to send in a letter expressing their thoughts on how IPWatchdog has impacted the industry and/or themselves personally. In only 10 days, I was able to collect more than 80 letters in a three-ring binder that I presented to Gene during the celebration. I am still collecting letters for the book, which will be seen by Gene and I only. If you would like to send in a letter addressed to Gene, IPWatchdog or even me, please email me for details. 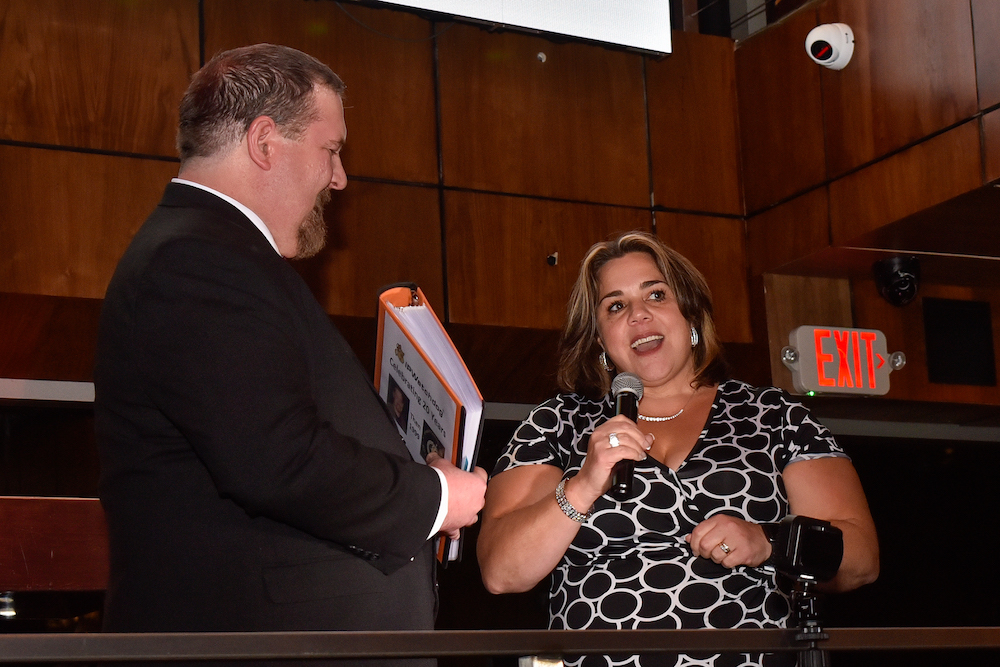 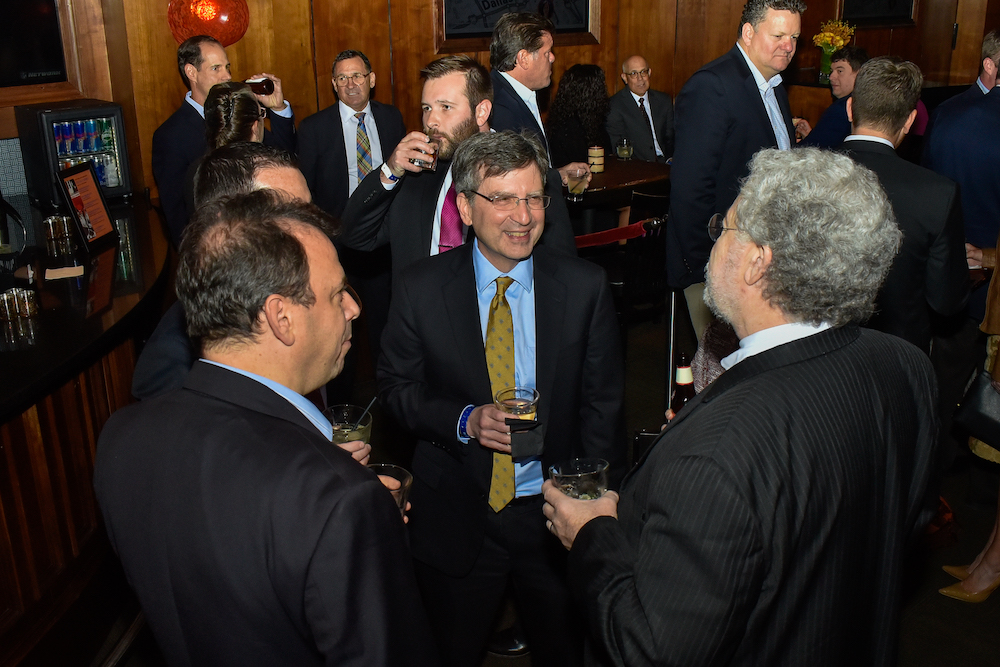 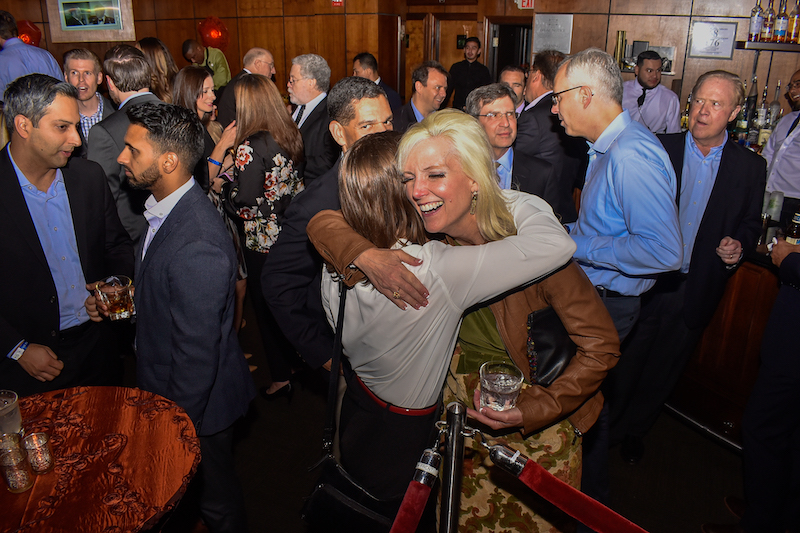 From all of us at IPWatchdog.com, thank you, for all of your support over the years!