A Look at Five Cases at the International Trade Commission: Apple v. Qualcomm, Jurisdiction Issues, and Overlap with the FDA

“Despite finding the patent valid and infringed, the [International Trade Commission] judge found that Qualcomm should not obtain any of the relief it sought and that the infringing Apple products should not be barred from the United States because doing so would be contrary to the public interest.”

Case filings at the U.S. International Trade Commission (ITC), a popular venue for resolving intellectual property disputes, reached record levels in 2018, and 2019 appears likely to be another busy year. In fact, there have already been a number of important decisions, including one in Qualcomm’s high-profile battle with Apple relating to the public interest, one making it clear that the ITC has jurisdiction over those only indirectly involved in infringement, and an opinion addressing the overlap between the ITC and the Food and Drug Administration (FDA) as well as  the ITC’s ability to police misleading advertising and labeling of pharmaceuticals, cosmetics, and dietary supplements.

Apple v. Qualcomm and the Public Interest in 5G 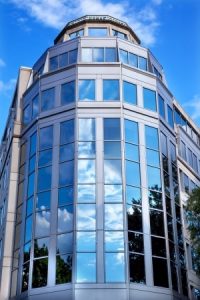 As part of its ongoing brawl with Apple, Qualcomm filed two ITC complaints against Apple seeking to exclude Apple products from the United States due to their alleged infringement of Qualcomm’s patents. Unsurprisingly, the cases were hotly contested. In the first case, after a lengthy hearing and submissions by numerous interested parties, Administrative Law Judge Pender ruled that all the jurisdictional requirements had been met, that Qualcomm’s asserted patent was valid and was infringed by the Apple phones using Intel chipsets. Certain Mobile Electronic Devices and Radio Frequency and Processing Components Thereof, Inv. No. 337-TA-1065. Despite finding the patent valid and infringed, the judge found that Qualcomm should not obtain any of the relief it sought and that the infringing Apple products should not be barred from the United States because doing so would be contrary to the public interest. Judge Pender stated that barring the accused Apple phones with Intel chips from the U.S. market would effectively give Qualcomm a monopoly in the smartphone processor market. He also found that barring Intel from the U.S. smartphone market would harm the ability of the United States to develop 5G technology, thereby harming U.S. national security. Finally, he noted that Qualcomm had the resources to sue Apple in district court and receive monetary damages there. Judge Pender’s decision still had to be reviewed and approved by the full Commission, and the Commission decision, particularly on the public interest issue, was eagerly awaited. However, the Commission found that the infringed claim was invalid, and decided to dismiss the case without issuing any statements regarding the public interest issues. Even though it was ultimately mooted, Judge Pender’s decision that Qualcomm should be denied relief shocked many because even though the ITC may refuse to grant relief when it deems the effect too harmful to the public interest, it had only done so three times in the past, and even those instances were decades ago. The finding of a public interest bar now, particularly on the basis that impeding 5G would compromise U.S. national security, lead some to wonder if the Commission would expand its application of the public interest analysis, leading to more intellectual property owners being denied relief. Judge Pender’s discussion of Qualcomm’s ability to pursue Apple in district court also has led commentators to wonder if ITC judges would increasingly decline to issue exclusion orders in cases where the patentee had the financial resources to sue in district court.

Less than a month after the Commission issued its opinion, the administrative law judge presiding over Qualcomm’s second action against Apple issued her decision, which found that Apple infringed a valid Qualcomm patent and specifically found that excluding the infringing Apple iPhones—almost exactly the same products at issue in the first case—would not be contrary to the public interest. Certain Mobile Electronic Devices and Radio Frequency and Processing Components Thereof (II), Inv. No. 337-TA-1093. Judge McNamara’s ruling rejected the argument that excluding the Apple products would result in a Qualcomm monopoly, and implied that whether or not a threat to 5G was a threat to national security was not for her to decide but rather should be left to the President. In her ruling, Judge McNamara emphasized that the projected harm to the U.S. market from the exclusion of the accused iPhones –the projected Qualcomm monopoly and the slowing of American development of 5G technology—were far from certain and that actual patent infringement should not be overridden by “mere possibilities” of harm to Intel. The full ITC never reviewed this decision because shortly after it issued Apple and Qualcomm reached a global settlement and terminated the case. Even though Judge McNamara’s decision was not affirmed by the whole Commission, it calmed those who had been alarmed by the first decision, reassuring them that the initial decision did not appear to be part of a trend, and that the ITC did not intend to cease issuing exclusion orders in cases where the patentee had ways to obtain monetary damages.

In two recent decisions—one involving sub-sea telecommunication systems and the other intraoral scanners—two ITC administrative law judges wrote separately to affirm that the ITC’s jurisdiction is not limited to just those who directly import or sell the infringing articles but also includes those who generally contribute to or cause the sales or importation of the infringing products into the United States, or whose acts have some nexus with the infringing activities. Certain Intraoral Scanners and Related Hardware and Software, Inv. No. 337-TA-1090; Certain Subsea Telecommunications Systems and Components Thereof, Inv. No. 337-TA-1098, In both cases parties accused of importing infringing products claimed that they were outside of the ITC’s jurisdiction, and thus could not be subject to any penalties, because they were not directly involved in the importation of the products. In both cases the judges rejected the arguments, applying a real-world, commonsense analysis to find that the parties’ involvement was significant enough that they should not escape jurisdiction. The rulings specifically include the parent companies of entities that help market or test infringing products, companies helping advertise the infringing products, and helping train resellers. Both cases emphasized that their ruling was not novel and was in line with longstanding ITC precedent. The decision should help IP owners who are often frustrated by byzantine corporate structures or the fact that the entities with the most control over the infringing activity are outside of the United States. Though many parties believe themselves to be outside of the ITC’s reach due to either lack of direct involvement or a complicated corporate structure, these rulings say that is not so.

An interesting case highlighted two lesser known aspects of the ITC and its ability to resolve disputes. The Amarin Pharma case, and the Federal Circuit decision in it, highlight the ITC’s jurisdiction over dietary supplements and pharmaceuticals, and the fact that in addition to hearing disputes over intellectual property issues, it can hear cases regarding “other unfair acts.” Amarin Pharma, Inc. v. Int’l Trade Comm’n, ___ F.3d_____ (Fed. Cir. May 1, 2019). Though most cases at the ITC involve patents, trademarks, and (increasingly) trade secrets, the ITC can also hear cases on products that were produced or sold using “[u]nfair methods of competition and unfair acts.”  What constitutes an “unfair method of competition” or an “unfair act” is not strictly limited or clearly defined, and the provision has been used to bring cases involving antitrust violations, false advertising, breach of contract and tortious interference with contracts. Commentators have even speculated that it could encompass acts like use of forced labor overseas, or bribery. In the Amarin case, Amarin filed an ITC action claiming that 18 companies making and selling omega-3 products violated  Section 43(a) of the Lanham Act because their  advertisements and labeling of products as “dietary supplements” was literally false, and that the products should be considered  unapproved “new drugs” under the Food, Drug and Cosmetic Act (FDCA). Second, Amarin alleged that importation and sale of the falsely labeled products was an unfair act or unfair method under Section 337 because products are “misbranded drugs” which violate standards enumerated in the FDCA. Though the ITC generally has jurisdiction to hear cases on pharmaceuticals and dietary supplements, in this case it declined to hear Amarin’s case, saying that in this instance, Amarin’s claims were precluded by the FDCA. On appeal, the U.S. Court of Appeals for the Federal Circuit affirmed the decision, saying that because the FDA had not provided guidance on whether the acts violated the FDCA, Amarin’s claim fell under the FDA’s jurisdiction, not that of the ITC. However, the Federal Circuit was quick to note that not all claims arising under the FDCA would be barred, leaving open an avenue for the ITC to hear even more disputes on pharmaceuticals, cosmetics, and dietary supplements, and more cases involving misleading advertising and labelling.