“Failure to adhere to requirements related to foreign filing can have wide ranging consequences. At a minimum, in many instances, foreign filing that runs afoul of a country’s rules may vitiate any opportunity to obtain a patent for the given invention in that country.” 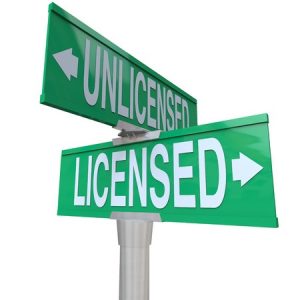 Most U.S. patent practitioners are keenly aware of the foreign filing license requirement for filing of U.S. patent applications abroad. Since it is common for U.S. based companies to file a U.S. priority patent application and take advantage of the one-year grace period for foreign filing, a foreign filing license is typically issued without much thought to the matter. Given the propensity for international companies and many universities to routinely carry out inventive activities in multiple countries by inventors of varied citizenships, the opportunities to run afoul of foreign filing license requirements is of growing concern, and this concern extends well beyond the walls of the U.S. Patent and Trademark Office (USPTO).

Presently, 29 countries (including the United States) have some degree of foreign filing licensure requirements as part of their patent laws and regulations. A summary and reference to each country’s regulations can be found at the World Intellectual Property Office website. Because the foreign filing licensure requirements vary greatly, it is imperative that the rote gathering of inventorship information extend well beyond simply name, address, and citizenship.

In addition to knowing the citizenship status of each inventor, it is important to know where inventive activity occurred. Given that some countries’ foreign filing licensure requirements are based on residency as well as citizenship, this must also be taken into consideration to determine the proper country for filing of a first patent application for a new invention. Accordingly, even if the applicant is a U.S. based company or university, it may be necessary to first file outside of the U.S. if at least one inventor is a citizen (or possibly resident) of a foreign country, or if at least part of the inventive activity occurred in the foreign country. Of course, any belief that the subject matter of the invention may be sensitive in nature (e.g., related to national security or defense) must also be taken into consideration.

In the countries where foreign filing licensure is currently required, the basis for the requirements may generally be broken into three categories: where the inventive activity occurred; the nature of the subject matter to be disclosed (e.g., including state secrets or items related to national security or national defense); and/or matters of citizenship, residency, or place of business for the invention owner. Provided below is a summary of the filing restrictions by country based upon the category into which they fall. Note that multiple countries require foreign filing licenses based upon multiple categories. Further, it is important to note that, in many instances, the requirement for a foreign filing license only applies to patent applications including disclosure that may be of interest for national defense or security (or military applications, in particular). Such countries are denoted by an asterisk (*) in the summary below.

Armenia – Requires that a patent application for an invention created in Armenia must be filed in Armenia before filing abroad.

China – Requires that any unit or individual that intends to apply for a patent in a foreign country for an invention accomplished in China shall submit the matter to the patent administration department for confidentiality examination. The requirement may be met by filing of an application in China or receiving clearance from the patent administration after obtaining the confidentiality examination.

Cyprus – Requires that a patent application for an invention created in Cyprus must be filed in Cyprus before filing abroad.

Norway* – Requires that inventions made in Norway expressly related to military technology or whose publication might prejudice national security may not be filed abroad without authorization.

Spain – Requires that a patent application for an invention created in Spain must be filed in Spain before filing abroad. The law, however, does provide for obtaining authorization from the Spanish Patent and Trademark Office to first file abroad.

Sweden* – Requires that inventions made in Sweden expressly related to defense may not be filed abroad without authorization.

Russia – Requires that a patent application for an invention created in Russia must be filed in Russia before filing abroad.

United States – Requires that a license must be obtained before filing any application in a foreign country if the invention was made in the United States. A license may be granted upon filing of the appropriate petition and may be obtained retroactively with an explanation of why the material was first filed abroad through error.

Azerbaijan, Germany, and Luxembourg all have restrictions based solely on the presence of state secrets. They each require that patent applications containing secrets relevant to the specific state must first be filed in that state prior to any filings abroad.

Citizenship, Residency, or Place of Business

Failure to adhere to requirements related to foreign filing can have wide ranging consequences. At a minimum, in many instances, foreign filing that runs afoul of a country’s rules may vitiate any opportunity to obtain a patent for the given invention in that country. In other instances, failure to adhere to the foreign filing requirements of a given country can result in application of fines or even imprisonment of the offending individual(s). Although the most extreme punishments are likely rare, it is nevertheless a relatively simple matter to “check the box” early on in preparation of a patent application to consider whether any of the above requirements apply. One can then take the appropriate steps to either proceed with first filing in the appropriate country and/or obtain the necessary licensure from one or more implicated countries to ensure that the first filing does not contravene any relevant laws.

Because laws vary significantly by country, it is always best practice to contact a qualified practitioner in a given country where questions arise because of inventive activity in that country or where an inventor (or even the applicant) has citizenship and/or residency outside of the United States. One can then make the necessarily informed decision on how to best proceed with first filings.