Apple manipulated the licensing market to gain an advantage over Qualcomm. Qualcomm has suffered and, as a result, Huawei has gained a competitive advantage. Now, as the parties retreat to pick up the pieces, the FTC is there to execute what remains of Qualcomm based on a fictional theory. 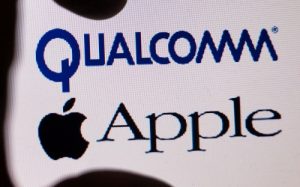 Now that Apple and Qualcomm have made peace it would be easy to allow the case and the issues to recede into the background. That is likely what Apple would prefer, and almost certainly why Apple made the decision to settle with Qualcomm rather than proceed with trial. The case presented an existential threat for Qualcomm, which would have required the San Diego tech company to fight as if the company depended on victory–because it did.

What is most shocking is how successful Apple was in its coordinated effort to manipulate the licensing market and effectively extinguish any reasonable notion of a fair, reasonable, and non-discriminatory rate (FRAND) in the process. Meanwhile, Apple used fabricated licensing rates wholly unrelated to the Qualcomm portfolio to dupe regulators into chasing Qualcomm across the world for committing phantom antitrust violations.

The Qualcomm-Apple settlement came just hours after opening arguments were concluded in the Southern District of California. Apple had entered into a licensing agreement with Qualcomm, but was refusing to pay because they argued the rate they agreed to pay was not a fair and reasonable licensing rate, which thereby violated Qualcomm’s FRAND obligations. Those contributing patented technologies to the development of a standard, as Qualcomm has done, must provide a FRAND assurance, in essence committing to providing access to patents that are or may become essential to the implementation of the standard.

Although we really only managed to get a small glimpse of Qualcomm’s evidence demonstrating the extent of Apple’s coordinated strategy to manipulate the FRAND license rate, that glimpse was particularly enlightening. It demonstrated a decade-long coordinated effort within Apple to systematically engage in what can only fairly be described as manipulation (if not creation of evidence) and classic holdout.

Qualcomm showed during opening arguments that, dating back to at least 2009, Apple had been laying the foundation for challenging its longstanding relationship with Qualcomm. Qualcomm obtained memos through discovery that showed Apple considered Qualcomm’s patent portfolio to be extremely strong, and much stronger than certain other innovators, and specifically that Apple believed the Nokia patent portfolio was “significantly weaker than Qualcomm’s.” Memo from J. Berkaw dated December 21, 2009.  Another Apple memo reads: “Compared to other licensors, Qualcomm has more significant holdings in key areas… Qualcomm patents (standard-essential patents [SEPs] and non-SEPs) on average score higher compared to other, largely non-U.S. based licensors.”

The significance of Apple determining that Qualcomm’s portfolio was much stronger than Nokia’s patent portfolio cannot be understated.

By successfully beating down the licensing rates of those with inferior patent portfolios, Apple was able to convince antitrust regulators around the world, including at the U.S. Federal Trade Commission, that Qualcomm was somehow engaging in activity that was both anticompetitive and violated antitrust laws. All the while regulators ignored the fact that Apple agreed to the license rate through arms length negotiations and then refused to deal with Qualcomm, engaging in a holdout intended to put massive financial pressure on Qualcomm.

Both Parties Had Much to Lose

Apple was set to argue that Qualcomm violated FRAND by charging too much, but Apple had agreed to the rate. So, in order to demonstrate that the rate they had agreed to was too high, Apple had to create evidence demonstrating that Qualcomm’s license rates were higher than the rates charged by others. The problem for Apple is their own internal documents reveals that they considered those other patent portfolios to be far inferior to Qualcomm’s portfolio. So, for starters, Apple was knowingly comparing apples to oranges as they argued in court and to regulators that the licensing rate they had agreed to was too high.

While this case posed an existential threat for Qualcomm, Apple had a tremendous amount riding on the case as well. Apple documents clearly demonstrate that internally they considered the Qualcomm portfolio to be strong. Apple also never argued that the Qualcomm patent portfolio was worthless. Thus, when they stopped paying, they knew they were infringing and did so to put economic pressure on Qualcomm.

Is the refusal to negotiate at all negotiating in good faith? The question answers itself. The refusal to negotiate coupled with the unilateral decision to stop paying and infringe what Apple knew were valid and valuable patents—indeed the most valuable patent portfolio in the industry—seems to be incongruous with the obligations of technology implementers.  Qualcomm was set to argue that it is impossible to be entitled to FRAND in the first place when you refuse to negotiate in good faith.

So, here we are now with peace between Apple and Qualcomm. It is difficult to understand why the revelations about Apple’s coordinated efforts to manipulate the licensing market by shrewdly challenging inferior patents to beat down prices hasn’t led to a similar peace between Qualcomm and the Federal Trade Commission (FTC).

Why is the FTC continuing to pursue Qualcomm? It has now come out in federal court that Apple just didn’t like the rate it agreed to pay Qualcomm. Apple then decided to challenge inferior patents in some slight-of-hand attempt to pull the wool over the eyes of judges and regulators. All the while, Apple was hoping to dupe decision makers into actually believing the licensing rates for the patents they knew were inferior were relevant when determining the licensing rate for Qualcomm’s significantly higher quality patent portfolio.

Is the FTC really going to allow themselves to continue to be played like some lackey?

Last week, the Wall Street Journal Editorial Board aptly put it like this:

“The question now is why the FTC wants to shoot the wounded after the war is over. Beyond reducing Qualcomm’s royalties—thus giving Huawei a competitive edge—regulators are setting a bad precedent of using antitrust law to intervene in contract disputes. This would create uncertainty and hamper 5G investment.”

There is no doubt that the FTC’s pursuit of Qualcomm at the behest of Apple has given Huawei a competitive advantage, which is unfathomable. Is the Trump Administration’s rhetoric on China simply hollow, empty and meaningless?

Whatever the case may be, the Wall Street Journal Editorial Board gets it mostly right, but the continued FTC pursuit of Qualcomm is worse than shooting the wounded after the war is over. It is really more like executing the prisoners of war after a peace treaty has been signed.