A Vote for the USMCA Will Secure the Innovation of Tomorrow

“Critics claim that regulatory data protection will increase the cost of medicines, but research from the Geneva Network illustrates that when Canada and Japan extended the term of RDP in the past, it had no significant impact on pharmaceutical expenditure.” 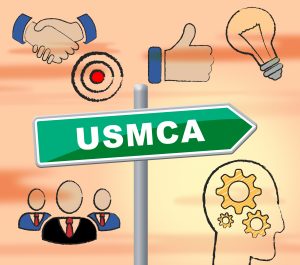 Promoting public health has always been a bipartisan priority in Washington, D.C. Under the previous administration, lawmakers passed the 21st Century Cures Act and launched the cancer moonshot, two initiatives that aimed to transform health outcomes through greater investment in the next generation of medical treatments.

In his State of the Union address last month, President Trump announced an ambitious plan to end HIV/AIDS by 2030 and increase funding for often-neglected childhood cancers.

For each of these initiatives to be successful, lawmakers must recognize that investing in the cures of tomorrow requires continued bipartisan cooperation. This rings true for passing the U.S.-Mexico-Canada Agreement (USMCA), as well.

The next generation of medical innovation depends on significant private sector investments. The intellectual property (IP) provisions of USMCA help to lay the foundation for continued investment into the research and development (R&D) of innovative cures across North America. In particular, the 10-year term of regulatory data protection for biologics will help ensure that North America continues to lead the world in developing life-saving technologies.

For most of the relatively short history of modern medicine—aspirin was the pioneer in 1899—drugs prescribed to patients were small-molecule chemical products. For generations, innovative pharmaceutical companies have made high-risk, high-capital R&D investments to produce treatments on the basis of patent rights that provide a limited period of exclusivity to recoup front-end investment. While the U.S., Mexico, and Canada all offer a 20-year term of patent protection, innovators must file for patent protection long before a medicine enters the market. So, in practice, the effective period of market exclusivity is much shorter.

Today, 40% of the U.S. prescription drug market is comprised not of small molecule pharmaceuticals but of biologics. These are complex (or “large molecule”) medicines derived from living cells. Biologic medicines have enabled the emerging bio-pharmaceutical community to treat conditions—ranging from infectious diseases to rare genetic disorders to cancers—for which there had been no viable treatment options. Comprising nearly 70% of today’s innovation pipeline, biologics are the medicine of the future.

To make the most of the vast potential that biologics hold, a strong framework of legal rights is needed to make possible the enormous investment these medical innovations represent. Biologics are derived from living organisms, an area of considerable ambiguity in domestic and global patent law.  Given the degree of legal uncertainty surrounding biologics patents, bio-pharmaceutical companies rely on governments to instead provide a period of exclusivity for the proprietary information they must submit to prove the safety and efficacy of a new biologic medicine.

The exclusive right to the data that companies produce at their own expense through R&D and clinical trials is known as regulatory data protection or RDP. The USMCA will guarantee a 10-year minimum term of RDP for biologics innovators throughout North America, which stands as a significant advancement of Canada’s and Mexico’s current laws. This will help ensure that innovators across North America can continue to invest in life-saving biologics.

Critics claim that RDP will increase the cost of medicines, but research from the Geneva Network illustrates that when Canada and Japan extended the term of RDP in the past, it had no significant impact on pharmaceutical expenditure. In fact, when Canada introduced an eight-year term of RDP in 2006, pharmaceutical expenditure as a percentage of total health spending actually decreased in the years that followed.

Others have argued that RDP will delay the entry of less expensive follow-on medicines. Unlike small-molecule pharmaceuticals, where the manufacture of a “generic” version is a relatively straightforward—if complex—process, the living organism that comprises a biologic medicine cannot be exactly replicated. Instead, follow-on producers generate a highly comparable product, known as a biosimilar. Though these drugs are not identical to the innovator’s, biosimilar manufacturers rely on the original innovator’s test data to warrant the safety, purity, and efficacy of their own treatment, and meanwhile, they bear none of the cost of producing that data.

Given the complexity of and time required to manufacture biosimilars, studies have shown that a 10-year term of RDP for the innovative biologic does not delay the introduction of the biosimilar in the marketplace. Thus, concerns that RDP will undermine the availability of cheaper, follow-on products are unfounded.

The dual objectives of continued medical innovation and enhanced public health across North America require effective legal protections that guarantee the rights of innovators and provide a pathway for cheaper generics and biosimilars to follow. The 10-year term of RDP included in the USMCA will ensure that innovative companies across the region can invest in the next generation of medical technology, while preserving the pathway for lower cost follow-ons.

Improving public health by enabling medical innovation should be a bipartisan priority, and congressional approval of the USMCA will ensure that North American innovators can continue to invest in the cures of tomorrow.

Patrick Kilbride Patrick Kilbride is senior vice president of the Global Innovation Policy Center (GIPC) at the U.S. Chamber of Commerce. There, he oversees the center’s multilateral and international programs promoting the protection and [...see more]