“According to the report, ‘In the last decade….the growth in women inventorship, as measured by the share of patents with at least one female inventor, is almost entirely due to women’s participation on gender-mixed teams.'” 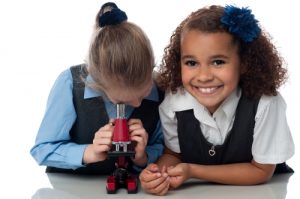 As of 2016, 21% of U.S. patents included at least one female inventor. In the 1980s, it was 7%. The picture is much worse, however, when considering patents where the only inventor is female, or where a group of all women are named. According to the report, “In the last decade, all-female invented patents constituted only about 4% of issued patents. Accordingly, the growth in women inventorship, as measured by the share of patents with at least one female inventor, is almost entirely due to women’s participation on gender-mixed teams.”

While Director Andrei Iancu said in a statement that the USPTO is committed to helping to change these statistics, the report offers little in the way of solutions—and it’s not clear that there are any.

When I interviewed Elizabeth English, Head of School at the Archer School for Girls in Brentwood, California, several years ago, she linked the disconnect to a lack of representation. The Archer School for Girls emphasizes STEM education and experiential learning. At the time of the interview, English said that about 29% of Archer students were going into STEM fields, compared to 2% of girls attending co-ed schools nationally. She offered this view on the problem:

We see more women majoring in STEM fields, but they continue to drop out at a very high rate. A lot of these colleges and universities will brag that 40% of their freshman class in the school of engineering are women, but ask them what percentage graduate—it’s heartbreaking. I think what’s happening is that colleges and universities first of all have very few female professors. Women walk into classrooms that are predominantly male and then the professor is also a man. That can be very intimidating and discouraging. But we also don’t teach engineering in an inquiry-based way in college. We deliberately teach courses that are designed to “weed people out,” and girls are much harder on themselves than boys. I think we’re teaching it backwards.

WOMEN ARE UNDERREPRESENTED THROUGHOUT THE INNOVATION PIPELINE

Women earn 57 percent of all four-year degrees, but only 35 percent of STEM bachelor’s degrees. Following degree completion, they account for just 22 percent of the STEM workforce.

On the brighter side, the USPTO report represents a first step in at least quantifying the challenge. The Institute for Women’s Policy Research (IWPR) in 2016 recommended that the USPTO begin developing tools to better track women’s progress in patenting. At the time of publishing this article, the USPTO had not replied to a request for comment regarding future plans for tracking this data, or future reports, but Director Iancu spoke briefly about the report yesterday at the Inventing America Conference, and, while solutions do not seem easy, it sounds as if the USPTO will continue to review this issue and seek answers. IPWatchdog will be monitoring and providing updates on this important topic.