Patents in the Crosshairs During House Drug Pricing Debate

“While cursory nods were made to the importance of encouraging innovation, the witnesses discussed how patent exclusivity, thickets, and evergreening drove up drug prices while promoting the greater use of Patent Trial and Appeal Board reviews against drug patents.”

The opening salvo in what promises to be one of the hottest debates in the new Congress was fired January 29 during a day-long hearing in the House Committee on Oversight and Reform—how to lower the price of prescription drugs. And it didn’t take long to make it clear that patents are right in the middle of the scrum. 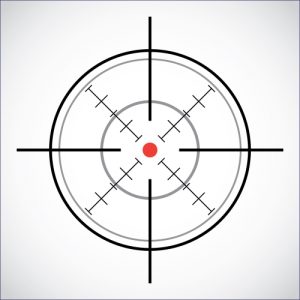 To get a perspective on what’s afoot, consider “All of Congress’s ideas to reduce prescription drug prices, explained,” a summary of what’s under consideration. It lists the seven pending proposed reforms ranked from realistic to “purely aspirational.” In the latter category is: “Rip up our patent system and start from scratch.” In this context, that means putting the government—not industry—in charge of developing drugs.

The role of patents was a prominent part of the House hearing. While cursory nods were made to the importance of encouraging innovation, the witnesses discussed how patent exclusivity, thickets, and evergreening drove up prices while promoting the greater use of Patent Trial and Appeal Board (PTAB) reviews against drug patents. The Committee was assured that curtailing patents wouldn’t harm innovation because the National Institutes of Health (NIH) is such an important funder of life science R&D.

No one on the Committee seemed concerned that not a single witness had ever developed a drug or even made an invention. The only person in that category came many hours into the hearing, when Rep. Thomas Massie (R-KY), an inventor who’d raised venture funding to launch a successful company, finally got his turn to speak. He advised the Committee that their first obligation should be to “do no harm.”  He then read the language in Article I, Section 8 of the Constitution establishing the patent system into the record. It didn’t seem to make a lasting impression.

Rep. Bob Gibbs (R-OH) later pointed out that the U.S. performs by far the most life science R&D in the world and that those countries often lauded for their government-controlled health care systems lag far behind us in drug development. But such points were swimming against the tide.

One striking moment occurred more than seven hours into the hearing during this exchange between newly elected Rep. Alexandria Ocasio-Cortez (D-NY) and Dr. Aaron Kesselheim from the Harvard Medical School:

Rep. Ocasio-Cortez: Would it be correct Dr. Kesselheim, to characterize the NIH money that is being used in development and research as an early investment?

Rep. Ocasio-Cortez: So, the public is acting as an early investor in the production of these drugs. Is the public receiving any sort of direct return on that investment from the highly profitable drugs that are developed from that research?

Dr. Kesselheim: No, in most cases there is—when those products are eventually handed off to a for-profit company, there aren’t licensing deals that bring money back into the coffers of the NIH. That usually doesn’t happen.

Rep. Ocasio-Cortez: So, the public is acting as early investor, putting in tons of money in the development of drugs that then become privatized, and then they receive no return on the investment that they have made.

Just for fun, let’s imagine another way that question could have been answered.

Hypothetical Alternative Response: Thank you; that’s an excellent question because determining how to maximize the taxpayer’s return on investment from the billions of dollars spent annually on NIH-funded R&D gets to the core of the issue. Increasing the commercialization of NIH-funded research was one of the principal reasons why Congress enacted the Bayh-Dole Act, which injected the incentives of patent ownership into the system. Prior to that, the Comptroller General found that not a single NIH-funded invention had been developed into a new drug when the government destroyed the incentives of patent ownership by taking inventions away from their creating organizations to make them readily available to any and all.

In order to address your question, we must first understand that there are two streams of NIH-funded research:  intramural, which supports the work of the scientists and researchers at the NIH, and extramural research, which goes primarily to research universities and other nonprofit institutions.

Between 2011 and 2018, NIH, the Food and Drug Administration and the Centers for Disease Control received approximately $995 million dollars in royalties from licensing their discoveries. The vast majority of these funds were generated by NIH patent licensing.

Congress had considered a “recoupment” provision to the government in the original Bayh-Dole bill for extramural research, but ultimately rejected it on the advice of the federal agencies, which felt that the paperwork involved would be more trouble than it was worth. Ultimately, Congress decided that the best ROI for taxpayers was to get promising inventions off the agency shelves and into the marketplace where they could benefit the public. Using that standard, the system worked exceedingly well.

While no drugs were developed under the previous patent policies, since Bayh-Dole’s enactment more than 200 drugs and vaccines are protecting public health worldwide. As you heard earlier today, many of the most successful drugs arise from inventions made with government support.

However, unlike the inference that drug developers are unfairly profiting from publicly-supported research, we need to understand that most NIH supported inventions are at a very early stage—more like ideas than products. NIH officials have estimated that for every one dollar in NIH-funded research, private developers spend $100 in commercialization efforts. Even then, the odds against any particular drug being successful are staggering. Unlike in the public sector, when these drugs fail after years of effort and hundreds of millions—or even billions—of private sector dollars being invested, companies fold and people lose their jobs. The patent system is absolutely crucial for any entrepreneur to justify taking this risk.

Under our patent-driven system, the U.S. is far and away the greatest developer of new drugs. We are also the only country where small companies play a critical role in taking new therapies to market. Seventy percent of university inventions are licensed to small companies with over 11,000 startups formed since 1995. Every day of the year, more than two new companies are created and more than two new products are introduced into our economy based on academic inventions. Most of this impact is in the life sciences.

Regarding economic impact, an authoritative study found that academic patent licensing contributed up to $1.18 trillion to the U.S. economy between 1996- 2013, while supporting up to 3,824,000 good paying jobs. Again, much of this impact is in the life sciences.

It should also be recognized that one of the reasons why NIH receives such strong bipartisan support for their annual budget request is because we are so effective in taking promising discoveries arising from their research and, through partnerships with the private sector, transforming them into new products protecting public health. Otherwise, NIH would just be funding interesting scientific papers.

There was much discussion during the hearing on the actual costs of drug development. The focus was on how much R&D went into making a single drug with one witness observing that this is a sunk cost which couldn’t justify later price increases. A new article provides a  much different perspective on the problem. The small number of highly successful drugs not only must recoup their own costs but also pay for of all those that fail. And the numbers are pretty grim.

The top 11 drug companies had about one new drug approved after spending an average of $6 billion annually on research. Here’s how the author summarizes the fate of the new drugs introduced between 2013 and 2017:

So, we have a problem. Not only do most of the drugs we put into the pipelines not make it to market, those that do are not even paying for their own R&D programmes, never mind the R&D for the failures around them.

That’s a much difference picture than was painted for the Committee.

Finally, here’s another perspective that wasn’t considered. An article in Endpoints News summarizes a new study on expected trends in biopharma for the next five  years. It includes this intriguing observation:

But R&D won’t be dominated entirely by Big Pharma.

Instead, the new report says up-and -coming smaller biotechs—defined as those with less than $500 million in revenue or R&D budgets under $200 million a year—have seen their percentage of R&D activity jump from 60% to 72% over the past 10 years. That’s led to 68 new drugs over the last 5 years, up from 47 from this group over the 5 years before that.

The next 5 years? Look for these smaller companies to produce more than a third of the new drugs approved, with a greater likelihood that they’ll undertake the marketing without a pharma partner.

It’s a pretty good bet that these small companies rely on strong patent protection to raise desperately needed venture funding and to protect themselves in the marketplace. Many of them are likely to be university spin-out companies formed around NIH-funded research. Before Congress charges off into the Brave New World where patents are weakened and compulsory licensing encouraged, we might want to find out what these companies think. Most likely, it will be a much different story than the one presented last week.