Judge Rich was attempting to articulate a test that would allow the decision maker to determine whether there is in fact an innovation; an invention that we recognize as one that can and should be patented if it is in fact novel and nonobvious.” 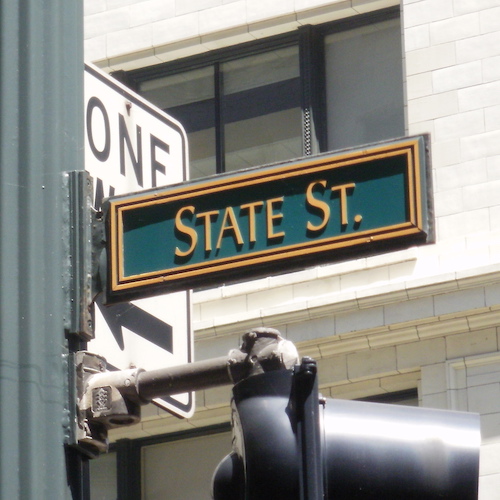 On November 16, 2018, the United States Court of Appeals for the Federal Circuit issued a decision in Ancora Technologies, Inc. v. HTC America, Inc. that underscores the continued relevance of the holding in State Street Bank & Trust Co. v. Signature Financial Group, Inc., 149 F.3d 1368 (Fed. Circ. 1998) that business method inventions must produce a “useful, concrete and tangible result” in order to be patentable.

In the ensuing 20+ years after the State Street decision, there were various attempts to reinstate the business method exception. Among the problems, however, was defining what constituted an offensive business method versus a non-offensive method that might be used in commerce. For example, manufacturing methods that at their heart were solely to facilitate business purposes were usually considered acceptable.

Of course, another problem faced by advocates of the business method exception over the years was that Congress in 2011 specifically wrote business method patents into the Patent Act and even created an entirely new mechanism for challenging this category of patents.

The Business Method Boom and Bust

In the early days after the State Street decision issued, the volume of business method patents filed at the United States Patent and Trademark Office (USPTO) became staggering. This was in no small part a function of the fact that business methods were only patentable in the United States and because practically everyone could come up with a process that in some way facilitated the doing of business. Everyone could be an inventor. And since business methods had never been patentable, there was a lack of readily findable prior art in the usual databases examiners searched. It led to some questionable patents being issued.

But gone are the days of the business method wild west. Truthfully, it hasn’t been easy to get a business method patent since at least 2002. The laws have changed numerous times since then, most directly with the Supreme Court deciding Bilski v. Kappos, 130 S.Ct. 3218 (2010), which specifically addressed the issue of whether business methods are patentable, and again with Alice Corp. v. CLS Bank, 134 S.Ct. 2347 (2014), which further illuminated the Court’s Bilski analysis.

First, it is worth noting that if the invention at issue is a pure business method, the odds of obtaining a patent hover in the 1 to 3 percent range. Indeed, it does not likely make sense to file a patent application on pure business methods unless the client is a very large entity with deep pockets. A pure business method that is not associated with any kind of unique system, computer architecture or other tangible features will struggle mightily. The Federal Circuit recently recognized that a particular mathematical financial modeling method was innovative, but simply not the type of thing the U.S. patent laws allow a patent to protect. See SAP America, Inc. v. InvestPic, LLC, 898 F.3d 1161 (Fed. Circ. 2018).

However, if the invention relates to more than just a pure business method, there is hope—assuming the application is drafted properly, which means a thick technical specification with supporting drawings.

In the words of Judge Rich from State Street, to be patentable, the invention must produce a “useful, concrete and tangible result.” Although the United States Supreme Court did away with that test when it issued its decision in Bilski, for years I have preached that it is still the best test out there if you are really trying to understand the requirements for obtaining a business method patent.

If we reflect on what Judge Rich truly meant by “useful, concrete and tangible result,” we come to the inescapable conclusion that it is the appropriate test. The purpose of the “useful, concrete and tangible result” requirement was to limit patent protection to inventions that possess a certain level of “real world” value, as opposed to subject matter that represents nothing more than an idea or concept (which is not patentable) or is simply a starting point for future investigation or research. The unfortunate aspect of the test was that is used two terms that have no place in the eligibility equation; namely, “useful” and “result.”

The patent statute already has a utility requirement embedded in 35 U.S.C. § 101. Inventions are only patentable if they are useful, which has always been considered to be a separate and distinct requirement when compared with the patent eligible subject matter requirement. Thus, it was unnecessary, unfortunate and even misleading for Judge Rich to have included “useful” in his test. It allowed the test to confuse those who attempted to apply it literally because the term “useful” in the test had to be referring to something other than utility, but what did it mean?

It is likewise unfortunate that his test used the term “result”. If the focus is on the result in any way, shape or form then the process becomes nothing more than a meaningless black box. With business method inventions, however, the process is everything. Today, the process—along with how technology is used to facilitate the process—is everything. Having the term “result” modify “useful, concrete and tangible” led to a test that was largely incoherent and which simply could not be applied with any meaningful consistency. If one was predisposed to believing the invention was patentable, it was patentable, and if one was predisposed to believing no patent should be awarded, that finding could be equally supported under this test. This meant that the State Street test ultimately wound up no better over time than did the tests it sought to replace.

If we stand back and consider what one is trying to determine with respect to whether the invention in question is patentable, the core of the State Street inquiry is very relevant. Judge Rich was attempting to articulate a test that would allow the decision maker to determine whether there is in fact an innovation; an invention that we recognize as one that can and should be patented if it is in fact novel and nonobvious. So, the key to the “useful, concrete and tangible result” test of State Street is the “concrete and tangible” part of the test. That part of the test must be referring to whether an invention has been articulated sufficiently so that if it is novel and nonobvious a patent could be appropriately awarded. This explanation of the State Street test would be in accord with both the Supreme Court’s decision in Bilski, as well as in Alice v. CLS Bank, as well as the Federal Circuit’s precedential decisions in which the Court discusses the need for an inventive concept under Alice/Mayo Step 2B, and particularly the Ancora Technologies, Inc. decision, where the Court held that the invention in question was patent eligible because the claimed advance was a concrete assignment of specified functions among a computer’s components to improve computer security.

Whether any future case or judge will ever admit that the core holding of State Street was correct and is, in fact, the law today, remains to be seen. Frankly, it is unlikely given how pilloried the decision has become. But that shouldn’t mean that those looking for lessons on how to draft patent applications cannot and should not learn from its meaningful and noteworthy lessons.