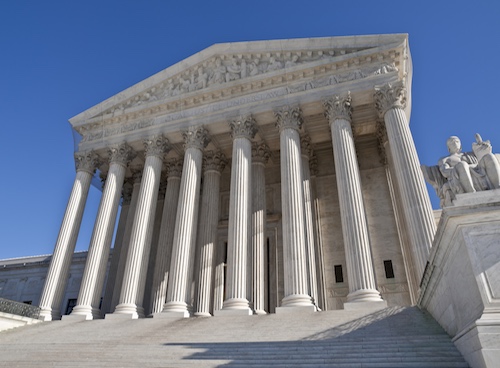 On Monday, October 15th, the U.S. Supreme Court denied a petition for writ of certiorari in Two-Way Media Ltd. v. Comcast Cable Communications, refusing to hear yet another appeal in a case involving a question of patent eligibility.

In appealing the Federal Circuit’s affirmation that its asserted patents were invalid under 35 U.S.C. § 101, petitioner Two-Way Media was asking the nation’s highest court to answer two important questions. First, whether the claims — when read in isolation — must be so specific to fully describe the nature of the innovation and the means of achieving it? Second, whether a court’s determination of ineligibility require the resolution of underlying factual questions that prevent resolution on a motion to dismiss.

Two-Way Media appealed this case to the Supreme Court after both the district court and the Federal Circuit found that Two-Way Media’s asserted patents covering a system for streaming audio/visual data over the Internet aren’t patent-eligible under Section 101 despite both courts finding that the patents were directed to innovative scalable architecture. The Federal Circuit had affirmed the district court’s invalidation of the asserted patents in a decision issued last November where the appellate court found that the asserted claims were directed to abstract ideas and contained no additional elements transforming the nature of the claims into a patent-eligible application of the abstract ideas. Two-Way Media’s patents stemmed from a patent application filed in 1996 and covered a method of solving an existing technical problem, namely a user’s inability to play a media file until that file was completely downloaded to local computer storage.

“Judges, practitioners, and commenters agree that the Federal Circuit’s interpretation of Section 101 of the Patent Act, 35 U.S.C. § 101, is a confusing and conflicting morass,” Two-Way Media’s petition for writ reads. The petition argued that various Federal Circuit panels are in “complete disarray” regarding whether isolated claims must set forth a “specific means or method” of implementing an inventive concept to survive a Section 101 challenge. In cases such as Smart Systems Innovation vs. Chicago Transit Authority (2017), a Section 101 eligibility analysis under the Alice two-step framework only looked at the text of the claims and didn’t rely on the written description. However, in cases such as 2016’s BASCOM Global Internet Services v. AT&T Mobility LLC, the Federal Circuit has relied on the written description in resolving a Section 101 challenge.

Indeed, the throughout patent law the specification always informs a proper understanding of the meaning of claims, that is except when claims are being considered under Section 101 for purposes of a motion to dismiss, which is rather nonsensical. When interpreting a patent claim, intrinsic evidence (i.e., the patent itself, including the claims, the specification and prosecution history) must be considered in order to understand the true meaning of the claim. See Markman v. Westview Instruments, Inc., 52 F.3d 967, 979  (Fed.Cir.1995) (en banc),aff’d, 517 U.S. 370 (1996). How a district court judge, a Federal Circuit panel, or the Supreme Court can know whether there is an inventive concept, or even whether the claim covers an abstract idea is a true mystery when there has not been even a perfunctory claim construction, and no attempt to determine what, if anything, the specification imparts in terms of meaning into claim terms.

Simply put, the answer to the first question asked by Two-Way Media in its Petition for Certiorari is absolutely not. There never has been a requirement that a patent claim must be — or even should be or can appropriately be — read in isolation. In fact, decisions that purport to ascertain the meaning of claim languagewithout the pomp and circumstance of Markman are openly violating the clear dictates of the Supreme Court.

In any event, Two-Way Media further argued that the Federal Circuit panel’s refusal to consider the specification’s written description when deciding the abstract idea issue in the Alice test cannot be reconciled with the Patent Act. The statutory text of Section 101 requires consideration of the patent as a whole, while the specification required by 35 U.S.C. § 112 includes both the claims and the written description. “Nothing in the text of Section 101 or Section 112 suggests that a court must determine patent eligibility based only on the concluding claims of the specification, without considering the preceding written description,” the petition reads. Further, Two-Way Media sensibly argued that the Federal Circuit’s concern that the claims didn’t explain how the invention improves live streaming compared to the prior art should be limited to a Section 112 inquiry and not fall within the scope of a Section 101 analysis.

Two-Way Media also pointed out to the Supreme Court that the Federal Circuit is split on whether a Section 101 patent eligibility challenge can be answered as a question of law decided on a motion to dismiss or on summary judgment, even when parties disagree about underlying factual questions regarding the state of the art. The petition cited to two 2018 cases decided by the Federal Circuit to note that other panels have held that such a factual inquiry should take place: Aatrix Software v. Green Shades Software, and Berkheimer v. HP. By contrast, the Federal Circuit’s decision in Two-Way Media involved the resolution of patent-eligibility issues on the pleadings without either citing any evidence supporting its factual conclusion or considering evidence proferred by Two-Way Media.

“The holdings of cases like Berkheimer — that disputed factual questions underlying Section 101 eligibility determinations cannot be decided on the pleadings — directly conflict with cases such as this one in which Federal Circuit panels themselves undertake to resolve such questions,” Two-Way Media’s petition reads. Thus, whether the resolution of disputed facts underlying a Section 101 analysis is resolved at the pleadings stage or not differs based on the Federal Circuit panel assigned to the case.

Panel dependency at the Federal Circuit is one of the issues that is increasingly undermining the Federal Circuit. With decisions supporting every issue it is sometimes hard to rationalize the need for a subject matter specific appellate court. It is hard to imagine the Regional Circuits being any less split on the law than Federal Circuit panels.