Federal Circuit: Attorneys Not Liable for Attorney’s Fees Where Law is Unsettled 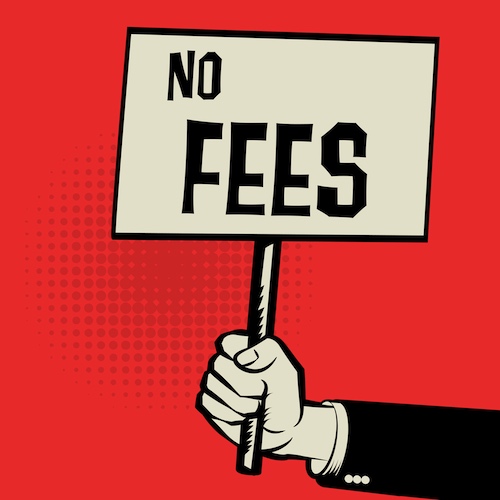 The Federal Circuit recently reversed a decision of the Southern District of New York holding Gutride Safier LLP (“Gutride”), a firm representing the plaintiffs, AlphaCap Ventures, LLC (“AlphaCap”), jointly and severally liable for all expenses including attorneys’ fees and costs incurred by the defendant, Gust, Inc. (“Gust”) in a patent infringement suit.  The district court found the case exceptional under 35 U.S.C. § 285 because, during litigation, the Supreme Court issued the Alicedecision which gave clear notice that AlphaCap’s patents directed toward crowdfunding were unpatentable under § 101.  The district court further concluded Gutride was jointly and severally liable for Gust’s attorneys’ fees under 28 U.S.C. § 1927 because of its unwillingness to settle pursuant to Gust’s terms despite knowing Alice doomed the claims and its statement that the case was “not worth litigating.” See Gust, Inc. v. AlphaCap Ventures, LLC, No. 2017-2414 (Fed. Cir. Sept. 28, 2018) (Before Wallach, Linn, and Hughes, J.) (Opinion for the court, Linn, J.)

On appeal, Gutride appealed only its joint and several liability for Gust’s attorneys’ fees.  28 U.S.C. § 1927 states:

“Any attorney or other person admitted to conduct cases in any court of the United States or any Territory thereof who so multiplies the proceedings in any case unreasonably and vexatiously may be required by the court to satisfy personally the excess costs, expenses, and attorneys’ fees reasonably incurred because of such conduct.”

In the Second Circuit, an award under § 1927 requires: (1) that claims were “entirely without color,” and (2) “were brought in bad faith—that is, motivated by improper purposes such as harassment or delay.” Both elements require “a high degree of specificity in the factual findings.”

A claim is entirely without color when it lacks any legal or factual basis.  Because of the relative paucity of § 101 cases between Alice and AlphaCap’s complaint, the law was unsettled.  The Federal Circuit noted that when the applicable law is unsettled, attorneys may not be sanctioned merely for making reasonable arguments for interpreting the law.  Further, the court found that Gutride presented a colorable argument that the claims were analogous to those in DDR Holdings, LLC v. Hotels.com L.P., and therefore patent eligible under § 101.

Regarding the second prong, bad faith, the district found bad faith based on the following: (1) Gutride knew that AlphaCap’s patents were not patent eligible after Alicebut initiated the litigation anyway to extract a nuisance settlement; (2) Gutride litigated in the Eastern District of Texas and frivolously opposed transfer to the more convenient Southern District of New York; and (3) Gutride failed to end the case through settlement, dismissal, or a covenant not to sue.

First, the Federal Circuit found the district court gave Gutride’sstatement to Gust’s counsel that the case was “not worth litigating” improper weight to the contention that Gutride knew the patents were invalid.  Instead, the Court found the statement to be an assertion favoring settlement.  Gutride’sopposition to transfer venue from the Eastern District of Texas to New York did not constitute bad faith because the Easter District of Texas was a proper forum and “an attorney need not bring a case in the most convenient forum, but only a proper forum.” Finally, because the decision to settle and the terms of such settlements are matters within the discretion of the client, Gutride did not act in bad faith by refusing to end the case through settlement, dismissal, or a covenant not to sue

Accordingly, the Federal Circuit reversed the district court’s award of fees under § 1927 against Gutride.

Judge Wallach wrote against the majority, finding the Alice framework to provide sufficient basis that the claims at issue were patent ineligible.  More specifically, he found the claims “directed to data organization and use of customizable profiles to facilitate patronage,” which he determined to be abstract ideas.  Further, in his view, the claims lacked additional elements to rise to an inventive concept.  Therefore, he found Gutride’s lawsuit based on infringement of the asserted claims, entirely without color.

Regarding bad faith, Judge Wallach examined Gutride’sentire course of conduct to determine bad faith.  He found that Gutride elected not to settle early in the lawsuit and only made a showing of proper venue in the Eastern District of Texas after discovery.

It may be difficult to establish attorneys acted “unreasonably and vexatiously” under 28 U.S.C. § 1927, thus exposing them to liability for fees and costs, if the dispositive issue in the lawsuit involves an area of unsettled law.  Further, under § 1927, attorneys do not necessarily act in bad faith simply because they either do not settle a case or bring the case in a less convenient, but still proper, forum.