The Death of Invention 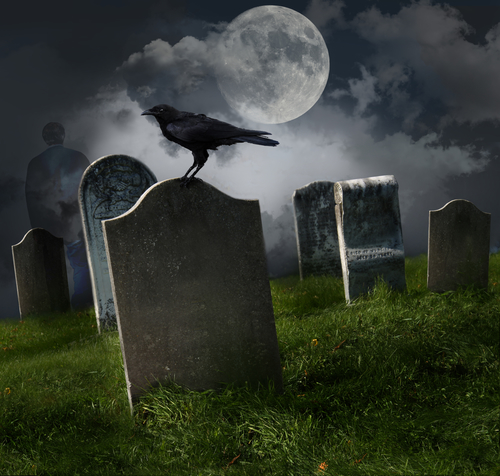 George Santayana is attributed with the aphorism: “Those who cannot remember the past are condemned to repeat it.”

Every horror we in the patent community are now experiencing under Alice/Mayo isn’t new, but a repeat of a drama played out long ago.

Every great horror story has a monster.  In the Friday the 13th franchise, the monster was Jason Voorhees who would just not die regardless of the endless violence committed upon him.  Arnold Schwarzenegger’s Terminator was another monster that just would not die.  So was Glenn Close (to a lesser extent) in Fatal Attraction as, in the final scene, she leapt from the illusion of death to attack Michael Douglas with a most wicked blade.

In the patent world, the monster is “invention.”

It’s good to be the king, even if the king has no clothes.

However, the word “invention” and its derivatives lack clarity.  So much clarity that near the end of the nineteenth century, the Supreme Court admitted in McClain v. Ortmayer, 141 U. S. 419, 427 (1891) that “the word cannot be defined in such manner as to afford any substantial aid[.]”

So much clarity that, in the middle twentieth century, Congress and vast numbers of prominent attorneys and legal organizations conspired to once and for all rid the country of the word as it pertained to patents by codifying the 1952 Patent Act.

In drafting the modern patent law, Congress absorbed as much input as possible from patent legends, such as Giles Rich and P. J. Frederico.  All this is well-outlined in Efforts to Establish a Statutory Standard of Invention: Study of the Subcommittee of Patents, Trademarks, and Copyrights of the Committee on the Judiciary, United States Senate; Eighty-fifth Congress, First Session pursuant to Senate Resolution 55, Study No. 7 (published 1958) (hereinafter “the 1958 Study”).

As stated on page 2 of the 1958 Study, Charles F. Kettering, who headed the National Patent Planning Commission remarked: “One of the greatest technical weaknesses of the patent system . . . is the lack of a definitive yardstick as to what is invention.”

On page 4 of the 1958 Study, patent legend Giles Rich remarked about the difficulty of overcoming the idea of invention concluding “[s]o long as invention is there they can say it isn’t good enough to be an invention.”

These words are so relevant today that they deserve repeating – underlined and in bold.

“So long as invention is there they can say it isn’t good enough to be an invention.”

Keep this phrase in mind, because at the end of the day the 1952 Patent Act was codified to remove “invention” as a prerequisite to patentability.  In fact, 35 U. S. C. § 103 is based upon the Supreme Court’s decision in Hotchkiss v. Greenwood, 11 How. 250, 253 (1850), which held that “if no more ingenuity and skill was necessary to construct the new knob than was possessed by an ordinary mechanic acquainted with the business, the patent was void.”  That is, Congress wrote the modern patent law to replace invention with the imperfect, but much preferable, metric of one of ordinary skill in the art.

While the courts and the patent gentry now constantly talk about what the word “invention” means, there is vigorous disagreement as to the word’s meaning.  This isn’t new either.  As Giles Rich noted in “The Principles of Patentability” (Journal of the Patent Office Society, Vol. XVII, No. 2, pp. 87-8 (February 1960)):

“It has generally been stated to be the law that, in addition to being new and useful, an invention, to be patentable, must involve ‘invention.’  Merely to state that proposition, in the absence of an initiation into the mysteries, sounds ridiculous. A neophyte might well ask, ‘What do you mean, an invention must involve invention?’ The sophisticates would answer saying, ‘Invention,’ the Supreme Court has held ‘cannot be defined.’ It is ‘that impalpable something’ which you must have to get a patent. Experienced patent lawyers, the Patent Office, and the courts understand ‘What it means, only they never agree.’’

[There are] various meaningless phrases which have been used to express this essential mystery-something akin to a religious belief[.] . . .

In the final analysis . . . [the] requirement for ‘invention’ was the plaything of the judges who, as they became initiated into its mysteries, delighted to devise and expound their own ideas of what it meant, some very lovely prose resulting” (internal citations omitted).

By all appearances, Judge Rich’s biting commentary on the word “invention” – and the courts that used the word as if they knew of what they spoke – is the fruit of the exact same frustration every modern patent attorney feels today.

The key to addressing the issue of invention, however, is to know six things.

The first thing to know is that patentability and invention are two separate things.

The second thing to know is that the word “invention” has no useful meaning in patent law, and that the 1952 Patent Act and the America Invents Act express the prerequisites to patentability “without any reference to a requirement to reference of ‘invention’ as a legal requirement.”  The Principles of Patentability at p. 89.  “[T]he drafters did this deliberately in an effort to free the law and lawyers from bondage to that old and meaningless term[.]”  Id.

The third thing to know is that Article I, Section 8, of the United States Constitution granted to Congress, not the courts, the exclusive power to regulate patent law.  To this end, Congress enacted the 1952 Patent Act so as to dispense with “invention” and determine patentability in terms of nonobviousness under 35 U. S. C. § 103.  Id.

The fourth thing to know is that the 1952 Patent Act amended what is now § 101 to recite: “Whoever invents or discovers any new and useful process, machine, manufacture, or composition of matter, or any new and useful improvement thereof, may obtain a patent therefor, subject to the conditions and requirements of this title.”  Relevant to the word “process,” Congress expressly defined the word in § 100 (b) as follows: “The term ‘process’ means process, art or method, and includes a new use of a known process, machine, manufacture, composition of matter, or material” (emphasis added).  Relevant to this fourth thing to know is that, assuming a software claim cites use by a computer and passes muster under § 102, § 103 and § 112, such software claim is exactly a new use of a known machine.

While courts may interpret particular words in view of congressional intent, the Supreme Court has repeatedly declared that “[u]nless otherwise defined, ‘words will be interpreted as taking their ordinary, contemporary, common meaning.’” Bilski v. Kappos, slip op. at p. 10 (citing Diehr, 450 U. S. at 182).  “Our task . . . is the narrow one of determining what Congress meant by the words it used in the statute; once that is done, our powers are exhausted.” Diamond v. Charkrabaty, 447 U. S. 303, 318.

The sixth thing to know is that, while the Supreme Court resurrected the old “invention” monster of legend, it is within the Federal Circuit’s power to “tread carefully in construing” the term “invention,” as the Supreme Court actually commanded the lower courts to do in its Alice Corp. v. CLS Bank decision.  See, Alice Corp., slip op. at p. 6.  Accordingly, assuming that a patent claim addresses more than an idea in of itself, the Federal Circuit is obligated to ignore any reference to “invention” and look to nonobviousness under § 103 as the “something more” to establish patent eligibility.

Ultimately, the Supreme Court asked the wrong question when deciding Mayo.  The real question it should have addressed is: “are the additional steps at issue obvious to one of ordinary skill.”  Yes, Mayo should have been addressed under § 103, not § 101.

Unfortunately, there is no clear standard bearer to fight the invention beast in this modern era.  The great Giles Rich has passed.  The great P. J. Frederico not only passed, but even his name has passed from legend.  The vast majority of patent practitioners are unwilling to raise their voice beyond angry, incessant grumblings in the hallways after an unfavorable PTAB decision.  All that remains is a hope that enough of the patent community will come together and file amici curae time and time again until invention is declared dead once more.

Doubtless invention will not stay dead.  It never does.  However, that will be the problem of a future generation foolish enough to once again resurrect it.