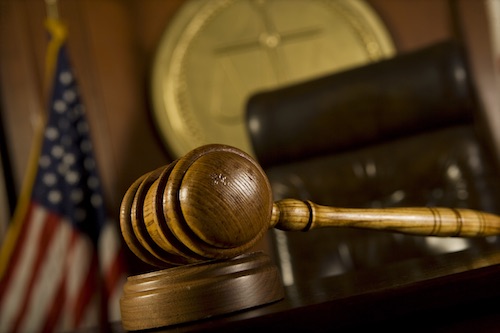 On Friday, July 27th, the Court of Appeals for the Federal Circuit issued a precedential opinion in GoPro, Inc. v. Contour IP Holdings, vacating a final written decision coming from the Patent Trial and Appeal Board (PTAB) that had upheld patent claims in the face of a validity challenge petitioned by action camera company GoPro. The Federal Circuit panel of Circuit Judges Jimmie Reyna (author of the opinion), Evan Wallach and Todd Hughes found that the PTAB had erred in finding that a 2009 GoPro catalog did not qualify as a prior art printed publication for rendering the challenged claims invalid for obviousness.

There are two patents at issue in this case share a common specification that generally relates to and describes action sport video cameras or camcorders that are configured for remote image acquisition control and viewing. Both patents claim priority to a provisional application filed on September 13, 2010. The patents are:

GoPro petitioned for inter partes review of the ’954 and ’694 patents. GoPro challenged the patentability of claims 1-30 of the ’954 patent and claims 1-20 of the ’694 patent on obviousness grounds, relying on a 2009 GoPro sales catalog as prior art in each petition.

The catalog discloses a digital camera linked to a wireless viewfinder/controller that allows for a user preview before recording. GoPro submitted a declaration from its employee relating to distribution of the catalog. The employee testified that Tucker Rocky holds an annual dealer trade show, which he attended for GoPro from July 23 through July 27, 2009. There were approximately 150 vendors and more than 1,000 attendees at the trade show, including actual and potential dealers, retailers and customers of portable POV cameras. The catalog was displayed at the GoPro booth and was distributed to attendees. GoPro continued to make the catalog available to its actual and potential customers, dealers, and retailers through its website, direct mail and other means of distribution.

Contour argued that GoPro had not demonstrated that the GoPro catalog was a prior art printed publication, because Turner Rocky is a wholesale distributor that does not sell to the public, and the trade show was open to dealers but not the public.

In its final written decision, the Board found that the catalog did not qualify as a prior art printed publication under 35 U.S.C. § 102(b). It concluded that GoPro had not met its burden to show that the catalog was disseminated or otherwise made available to the extent that persons interested and ordinarily skilled in the subject matter or art, and exercising reasonable diligence, could have located it. GoPro appealed to the Federal Circuit.

Section 102(b) provides that a person shall be entitled to a patent unless the invention was described in a printed publication more than one year prior to the date of application for patent in the United States. The Federal Circuit has interpreted § 102 broadly, finding that even relatively obscure documents qualify as prior art so long as the relevant public has a means of accessing them. Thus, “[a] reference will be considered publicly accessible if it was ‘disseminated or otherwise made available to the extent that persons interested and ordinarily skilled in the subject matter or art exercising reasonable diligence, can locate it.’” Blue Calypso, LLC v. Groupon, Inc., 815 F.3d 1331, 1348 (Fed. Cir. 2016) (quoting Kyocera Wireless Corp. v. Int’l Trade Comm’n, 545 F.3d 1340, 1350 (Fed. Cir. 2008)).

The principal issue on appeal was whether the catalog was sufficiently accessible as contemplated under § 102(b). The Board found that a person ordinarily skilled in the art would not be interested in the trade show because it was not an academic conference or camera industry conference. Instead, it was a trade show for action sports vehicles such as motorcycles, motorbikes, ATVs, snowmobiles and watercraft. The Court rejected this reasoning, finding that it focused on only one of several factors relevant to determining public accessibility in the context of materials distributed at conferences or meetings. Courts must also consider the nature of the conference or meeting; whether there are restrictions on public disclosure of the information; expectations of confidentiality; and expectations of sharing the information.

“The case law regarding accessibility is not as narrow as the Board interprets it,” the Federal Circuit explained, noting that the PTAB only focused on one of several factors for determining public accessibility.

Although the trade show focused on action sports vehicles, this did not preclude persons ordinarily skilled in the art from attending to see what POV digital cameras were being advertised and displayed. The ’954 and ’694 patents even described that a primary purpose of POV cameras is for use on vehicles in extreme action environments, like the ones advertised at the trade show. Furthermore, the attendees attracted to the trade show were likely more sophisticated and involved in the extreme action vehicle space than an average consumer. Consequently, it was likely that persons ordinarily skilled and interested in POV action cameras attended the trade show, or at least knew about it, and expected to find action sports cameras there.

The Court concluded that GoPro met its burden to show that its catalog is a printed publication under § 102(b). Because the Board did not accept the catalog as a printed publication, it did not consider the merits of GoPro’s obviousness claims. Therefore, the Court vacated the Board’s decision that claims 1-20 of the ’694 patent and claims 1, 2 and 11-30 of the ’954 patent are not unpatentable. On remand, the Court ordered the Board to consider the catalog as prior art and evaluate the merits of GoPro’s unpatentability claims.

The standard for public accessibility of printed publications is one of reasonable diligence to locate the information by interested members of the relevant public. Courts must consider several factors when determining public accessibility in the context of materials distributed at conferences or meetings, including the nature of the conference or meeting; whether a person ordinarily skilled in the art would be interested in the conference or meeting; whether there are restrictions on public disclosure of the information; expectations of confidentiality; and expectations of sharing the information.