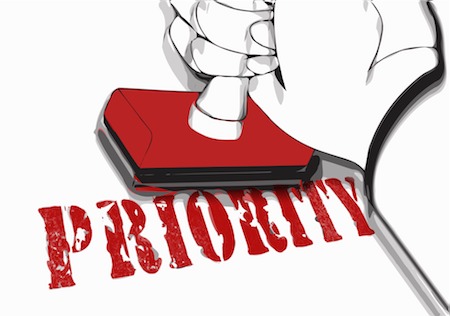 Benefit of a claim of priority

Fixing a defective claim of priority

For any patent family that has two or more patents applications, the claim of priority needs to be made correctly.  Otherwise, intervening references may become prior art when they could be avoided.

If the claim of priority is defective, it can be fixed if the defect was unintentional through a petition or reexamination.  If the USPTO made a mistake in the priority claim, then a request to fix the mistake through a certificate of correction can be made.

In Droplets, Inc. v. ETrade Bank (Fed. Cir. 2018), ETrade filed a petition for inter partes review against U.S. Patent 8,402,115 (‘115 Patent) which was owned by Droplets, Inc. ETrade was attempting to invalidate the 115 patent because Droplets (patent owner) alleged that ETrade was liable for patent infringement.

The ‘115 Patent was the last patent in a family lineage of four patent applications. See diagram below.  The Franco PCT is based on the 917 provisional.

In the patent application which matured into the 115 patent, the patent owner inserted the following specific reference for the claim of priority:

The present application is a continuation of allowed U.S. patent application Ser. No. 10/720,728, entitled “SYSTEM AND METHOD FOR DELIVERING REMOTELY STORED APPLICATIONS AND INFORMATION” filed on Nov. 24, 2003 ,now U.S. Pat. No. 7,502,838, the di[s]closure of which is hereby incorporated by reference in its entirety. (emphasis added).

The patent owner argued that the 115 patent is entitled to the priority date by virtue of the incorporation by reference of the entirety of the 838 patent.  In other words, the 838 patent contained a proper priority claim back to the 917 provisional and because of that proper priority claim, the 115 patent should be entitled to the priority date of the 917 provisional.

35 USC § 119(e) and 120 both require a “specific reference” to the earlier filed patent application.

The priority claim listed above did not have the two components mentioned in 37 CRF § 1.78.

The MPEP defines “nonessential material” as “subject matter referred to for purposes of indicating the background of the invention or illustrating the state of the art.” MPEP § 608.01(p) I.A. The MPEP also explains that claim amendments during prosecution can transform nonessential material into essential material, triggering a § 112 rejection if the DROPLETS, INC. v. E*TRADE BANK 17 incorporation fails to satisfy § 1.57(c).

Simply put, both categories of information can incorporate information for the purposes of satisfying Section 112 (e.g., written description requirement), not Section 120 (e.g., claim of priority).

Thus, the claim of priority found in the 838 patent could not be the type that can be incorporated in by reference into the 115 patent.

The Federal Circuit found that the 115 patent was not entitled to the priority date of the 917 provisional, and affirmed a finding that the claims were invalid based on the published Franco PCT application.

Upon filing a patent application, the USPTO mails a filing receipt.  The domestic and foreign claim of priority is stated and should be checked to make sure that it reflects the claim of priority that the inventor intends.  Otherwise, the patent owner may not be able to cure the defect when trying to sue an infringer after it issues as a patent.  If it can be fixed after it matures into a patent, the costs are much higher than the costs to fix while the patent application is still pending.

When reviewing a patent for a noninfringement opinion, do not assume that the prosecution was done properly.  As discussed in this case, even though the 115 did not claim priority back to the Franco PCT, the examiner did not use the Franco PCT which would be the best prior art reference against the 115 because presumably at least certain portions were identical to each other.