Federal Circuit rules Alice did not alter the law governing 101 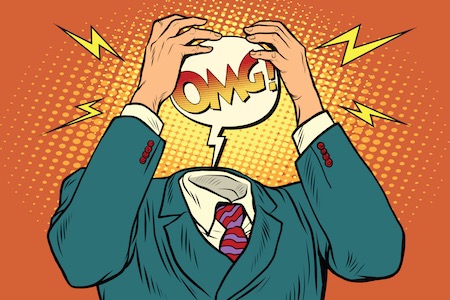 On April 20, 2018, the Federal Circuit issued a decision in Voter Verified, Inc. v. Election Sys. & Software LLC, a case arising from an appeal by Voter Verified, Inc. from the United States District Court for the Northern District of Florida’s dismissal under Fed. R. Civ. P. 12(b)(6) of its claim for patent infringement. The district court held that the claims of U.S. Reissue Patent RE40,449 (“the ‘449 patent”) are directed to patent-ineligible subject matter and, therefore, are invalid under 35 U.S.C. § 101. The Federal Circuit, in a decision authored by Judge Lourie, joined by Judges Newman and Reyna, affirmed.

The district court granted Election Systems’s motion to dismiss. The district court concluded that the Supreme Court’s decision in Alice Corp. v. CLS Bank International, 134 S.Ct. 2347 (2014), constituted a “substantial change” in the law such that the issue of patent validity was not precluded from consideration in the second litigation. As a result of that ruling, the district court did not reach an issue preclusion analysis under Eleventh Circuit law. The district court then proceeded to analyze the claims of the ‘449 patent under the Alice/Mayo § 101 framework, finding that the claims were directed to an abstract idea that did not contribute substantially more to transform the abstract idea into patent eligible subject matter. Accordingly, the district court held that all the claims of the ‘449 patent were directed to patent-ineligible subject matter and, therefore, invalid under § 101

“Turning to the first condition, we conclude that Alice, which was decided after the first litigation ended, did not alter the governing law of § 101,” Judge Lourie wrote. “In Alice, the Court applied the same two-step framework it created in Mayo in its § 101 analysis.”

“Moreover, to the extent that Election Systems argues that Mayo was an intervening change in the law, we disagree because Mayo was not intervening,” Judge Lourie went on. “Mayo was decided while the first appeal was still pending before this court.”

How the Federal Circuit could rule that Alice did not change the law governing § 101 is a bit of a mystery, at least to those familiar with the real world. Judge Lourie is no doubt correct when he says that Mayo set out the two-step framework, but if what he and the majority were suggesting is that the law of patent eligibility relative to computer implemented innovation was the same prior to Alice as it was after Alice then he and the rest of the panel are simply wrong. Alice most definitely changed the law.

Concluding that the same two-step framework was the test ever since Mayo seems a convenient way of dodging reality, and in fact creating a narrative that simply is not true. At a time when there is real momentum gathering for a legislative solution to § 101 why did the Federal Circuit choose to rule that Alice did nothing to change the law? Is the Court simply unaware of how such a statement, despite being clearly erroneous, will be misused in legislative debates? Alice most certainly changed the law of patent eligibility, in fact changing it to the point where the landscape bears absolutely no resemblence post-Alice to what it was pre-Alice.

Even the most casual industry observer has to know that Alice changed the law governing patent eligibility. Indeed, any attempt to say otherwise is nothing short of a most extraordinary revisionist history being foisted upon the patent community. Outcomes are unquestionably different as the result of Alice, and if outcomes are different how exactly is it possible that the law did not change? If the law remained the same why was Alice a clear pivotal moment in software patent history? Obviously something has significantly changed. It does no good, and in fact does real harm to the system to suggest Alice did nothing to change the law when everyone with even passing familiarity knows otherwise.

Mayo related to poorly written life sciences claims relating to a medical diagnostic. While the Supreme Court unnecessarily overruled itself and ignored the patent statute in reaching its decision in Mayo, the unquestionable reality is Mayo dealt with a technology different from the one present in Alice. Indeed, the last time the Supreme Court had dealt with computer implemented methods in Diamond v. Diehr, the Supreme Court had found the claims to be patent eligible. Moreover, one need only look at the wreckage of software patents both in district courts, at the PTAB and at the Federal Circuit since Alice, as well as the extraordinary loss in value of software patents post-Alice.

Election Systems argued that by choosing not to respond to Voter Verified’s arguments against its § 101 invalidity counterclaim, the issue was never “actually litigated.” Moreover, Election Systems asserts that a determination of invalidity under § 101 was not critical or necessary to the ultimate judgment of noninfringement. The Federal Circuit agreed on both points. Thus, the Federal Circuit concluded that issue preclusion did not apply, not because there was a change in law, but rather because the issue of patent eligibility under § 101 was not actually litigated and it was not necessary to the judgment rendered.

Because issue preclusion did not apply, the Federal Circuit turned to the merits of the § 101 issue.

With respect to the first part of the Alice/Mayo test, Step 2A, the Federal Circuit explained that the claims are directed to an abstract idea. Judge Lourie wrote that the claims as a whole are to “the concept of voting, verifying the vote, and submitting the vote for tabulation. Humans have performed this fundamental activity that forms the basis of our democracy for hundreds of years.” Perhaps most damaging, however, was that Voter Verified themselves characterized these steps as “human cognitive actions” in their brief to the Federal Circuit.

With respect to Alice/Mayo Step 2B, which is sometimes referred to as the hunt for the inventive concept, the Federal Circuit found that there was no inventive concept in the claims sufficient to transform them into patent-eligible subject matter. “Neither party disputes that the claims recite the use of general purpose computers that carry out the abstract idea,” wrote Judge Lourie. “The case law has consistently held that these standard components are not sufficient to transform abstract claims into patent-eligible subject matter.”