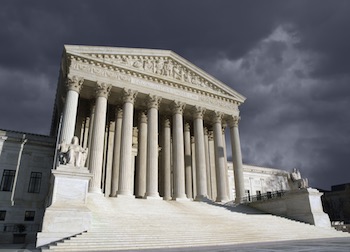 Earlier today, the US Supreme Court issued it’s highly anticipated 7 to 2 decision in Oil States Energy Services, LLC v. Greene’s Energy Group, LLC which upheld the Constitutionality of inter partes review (IPR) proceedings at the Patent Trial and Appeal Board (PTAB), as well as their decision on SAS Institute Inc. v. Iancu. In Oil States, SCOTUS applied the public rights doctrine to the government’s grant of a patent, finding that patent validity trials need not take place in an Article III court nor did they violate the Seventh Amendment, which ensures a person’s right to a jury trial. The majority opinion was authored by Justice Clarence Thomas. Justice Neil Gorsuch penned a dissent to which Chief Justice John Roberts concurred.

Justice Thomas’ majority opinion starts off by noting that Congress has authorized administrative processes at the U.S. Patent and Trademark Office to reconsider and cancel patent claims decades prior to the enactment of the Leahy-Smith America Invents Act (AIA) of 2011, the law which created IPRs and other validity trials at the PTAB. Notably, Congress created ex parte reexamination proceedings in 1980 and the Court noted that those proceedings continue today. Congress further created inter partes reexamination in 1999, though those proceedings were phased out with the enactment of the AIA.

The majority opinion goes on to cite various statutory elements of the AIA regarding various aspects of IPR proceedings, including preliminary responses by the patent owner, the USPTO Director’s determination of the reasonable likelihood that a petitioner will prevail before instituting an IPR, and post-institution activity such as oral hearings before the PTAB and the claim amendment process. The decision also gives a brief history of the case between Oil States and Greene’s Energy Group including Oil States original patent suit against Greene’s in 2012, Greene’s petition for IPR proceedings on the patent near the end of discovery in the district court case, and the Supreme Court’s grant of writ to take up Oil States’ appeal from the PTAB after the Federal Circuit summarily affirmed the PTAB’s decision in light of that court’s decision in MCM Portfolio LLC v. Hewlett-Packard Company.

“Inter partes review falls squarely within the public rights doctrine,” Justice Thomas wrote. The Supreme Court found that it has long recognized the grant of a patent as a matter involving public rights, citing to the Court’s 1899 decision in United States v. Duell. “Ab initio, the grant of a patent involves a matter ‘arising between the government and others,’” the Oil States decision reads. Citing to SCOTUS’ 1871 decision in Seymour v. Osborne, the Court found that patents are “public franchises” granted by the government. Further, the granting of patents occurs through the executive branch under statute laid out by the legislative branch without requiring judicial interpretation, and thus the determination to issue a patent grant “need not be adjudicated by an Article III court.”

Because IPR proceedings involve the same basic matter as the grant of a patent, “it, too, falls on the public-rights side of the line,” the Supreme Court found. In IPRs, the PTAB considers the same statutory requirements that the USPTO originally considered in granting the patent, preventing the “issuance of patents whose effects are to remove existent knowledge from the public domain,” citing to language found in 1966’s Graham v. John Deere Co. Although IPRs occur after the issue of a patent, the court found that didn’t create a distinction from the USPTO’s determination of a patent’s validity prior to granting a patent.

“If patents are public rights that can be challenged at any time and revoked that necessarily means they are not property,” said patent attorney and IPWatchdog publisher Gene Quinn. “Property rights vest and title quiets. Without that fundamental attribute, patents are nothing more than a government franchise. It is hard to believe innovators will spend hundreds of thousands of dollars and up to a decade fighting the Office to obtain a government franchise that can be stripped at will.”

“Trade secrets will become far more important until Congress overrules Oil States,” Quinn said. “In the meantime, it will be hard for innovators to justify spending billions necessary to achieve disruptive innovation only to be awarded a government franchise that can and will be revoked by the PTAB once proven valuable.” 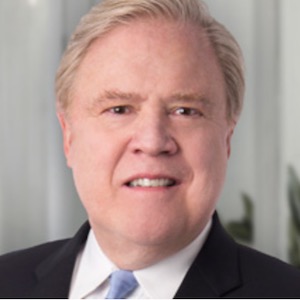 We spoke with Todd Dickinson, a Partner with Polsinelli and the Former Under Secretary of Commerce for Intellectual Property & Director of the USPTO, who shared his thoughts with us:

“In his opinion in Oil States v. Greene’s Energy, Justice Thomas, 7-2, upheld the Constitutional power of Congress to legislate the basic Inter Partes Review scheme (with a long tracing of patent statute history.)   In many ways, though, the money-quote is “We emphasize the narrowness of our holding”, taking pains to note that they’re not deciding the validity all aspects of the process, nor due process or retroactivity, leaving open the possibility of additional lines of defense for patent holders.  In dissent, Justice Gorsuch (with the Chief Justice), also reviews the history, but concludes that the IPR process is unconstitutional, with a ringing endorsement of the need for stability in the patent right (“Just because you give a gift doesn’t mean you forever enjoy the right to reclaim it”), and a deep skepticism of political influence on agency judicial independence.

While the majority clearly authorizes the continuation of the IPR process, its effects beyond the general status quo may be limited.  One possible result may be more stays from the District Courts, now that its legitimacy is clarified, letting the PTO do even more of the heavy invalidity lifting.

Ironically, it is the procedural nit case, SAS v. Iancu¸ which may have the more lasting impact for change.   In his 5-4 opinion,  Justice Gorsuch in SAS (as in his dissent in Oil States) dismisses the PTO’s interpretation of the AIA on so-called “partial institutions” as contrary to the statute, and clearly suggests that a majority of the Court is not wild about the abuses they’re hearing about the PTO IPR rulemaking process, and also signaled his known antipathy to Chevron deference for future deliberations.

Interestingly, Gorsuch seems to poke a very big hole, if not entirely overturn, their two-year-old decision in Cuozzo regarding appealability of institution decisions, elevating the Alito warning about PTO “shenanigans” in statutory interpretation and rulemaking in his Cuozzo dissent to the majority opinion in SAS, and suggesting they may be open to greater review of PTO IPR procedures generally.  Given this, I would expect PTO Director Iancu’s recently-announced intention to review and likely change PTAB processes, coupled with things like Sen. Coons STRONGER Patents Act, to be where the focus of the debate shifts even more than it has.“ 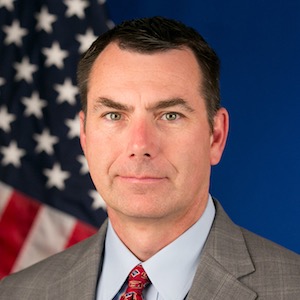 We also spoke to Russ Silfer, a Principal at Schwegman Lundberg & Woessner, and the Former Deputy Under Secretary of Commerce for Intellectual Property and Deputy Director of the United States Patent and Trademark Office who had the following to say as well:

“There is no doubt that the Court’s holdings in Oil States and SAS will be analyzed in depth over the next few months.  For me, the Court’s decisions were generally as expected.  I was not looking for the Court to provide a silver bullet to help inventors.  I anticipated that AIA trials would be held constitutional, however, I thought the Court could have ruled that pre-AIA issued patents would be treated differently.  The Court declined to address that issue stating, “Oil States does not challenge the retroactive application of inter partes review, even though that procedure was not in place when its patent issued.”  I anticipate a petition for certiorari is being drafted already.

For me, the holdings of these two cases highlight the critical importance of Director Iancu’s recent statements that the USPTO needs to make changes to how the PTAB conducts and institutes post-grant reviews.  He has stated a sincere desire to balance these proceeding in both reality and perception.  The USPTO must use the powers granted by Congress in the AIA to ensure the integrity of the patent system.  I made some suggestions last year that perhaps Director Iancu will consider as he determines the appropriate reactions to these decisions.’

According to Paul Fucito, Press Secretary for the United States Patent and Trademark Office, “The USPTO is carefully considering the Supreme Court’s decisions and determining their impact on various proceedings at the PTAB.”

Stay tuned to IPWatchdog in the coming days and weeks as we will be covering both Oil States and the SAS decisions as well as Industry Reaction to both cases.