Follow the Money: Is the U.S. patent system fostering investment and risk taking? 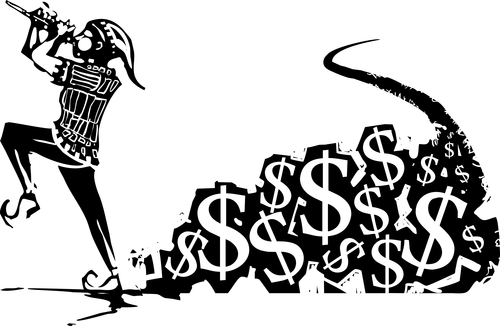 For over five years now, the U.S. patent system has been subject to validity challenges of issued U.S. patents at the USPTO’s Patent Trial & Appeal Board. Without doubt, these new proceedings have radically changed the time to money for patent owners asserting U.S. patents against infringers. Additionally, the value of U.S. patents has dropped substantially since its peak in the 2012.

Since becoming the Director of the USPTO on February 5, 2018, Director Andrei Iancu has been granting interviews and appearing at conferences to address the state of the U.S. patent system. During these engagements, he has been focusing on how to bring more “predictability” to the system and how to use it to foster the innovation community and inventors who are so important to economic growth in the U.S. Today I want to examine the current view of the PTAB and its role financially on the U.S. patent ecosystem.  In other words, let’s follow the money.

Two metrics are critical for assessing the financial return on investment of a U.S. patent today. The first is the timeline for a typical enforcement and the second is the probability of success of a patent challenged at the PTAB.

Since the PTAB proceedings became operational on September 16, 2012, the paradigm for patent enforcement in the U.S. is to rely on the PTAB to test the validity of the patent and on the district court to address all other issues (assuming the patent is valid). When the PTAB was in legislation, there were two critical assumptions that did not turn out as originally planned.

Both of those assumptions proved to be false. There are over 1,600 PTAB challenges annually (a large percentage of asserted patents are challenged). And, many judges stay the district court case either upon the filing of an inter partes review (IPR) or upon institution. Such a stay imposes an additional 24 to 36 months in the enforcement process. Only a decision by the PTAB not to institute trial (which comes at the six month mark) can short-circuit this delay. Around 65% of PTAB challenges result in a PTAB trial, triggering the long delay. This additional two to three year period for enforcement is a disincentive for the accused infringer to settle, substantially raises the cost of enforcement, and lengthens the time to money metric.  All of which contributes to a significant decrease in the value of U.S. patents today.

The second metric is the probability of success of a patent challenged at the PTAB. The PTAB statistics were abdominal for patent owners in 2012 when the system became operational, resulting in the famous remark by then Chief Judge Rader that the new PTAB was a “death squad” for patent owners. Since then, the statistics for patent owner success have become more favorable; however, the probability of success for the patent owners is still less than half (regardless of which statistics and calculations are used). Unlike the opposition proceedings at the EPO, the PTAB still essentially prevents amendment of claims during the challenge even though the Federal Circuit has criticized this in its Aqua Products decision.  When calculating the time to money and the risk factor of patent assertion, one must carefully consider the probability of success at the PTAB in any U.S. patent monetization initiative.

The accused infringer perspective is that this state of affairs is good, that the “sky is not falling” (to use Mark Lemley’s often repeated conference statements), and that inventors, universities, and small to medium size enterprises are being protected from harassment by unscrupulous “patent trolls.” According to this narrative, innovation is being fostered and supported in the U.S. by the current U.S. patent environment.

There are many in this class of innovators who vehemently disagree with this narrative. They argue that patent enforcement has become far too unpredictable, time consuming, and expensive. Some calculate that it takes 5 to 8 years and a minimum predicted recovery of $40 million USD to justify patent enforcement in the U.S. today. They point to certain celebrated cases which involved some of the largest enterprises failing to achieve enforcement goals despite many years of litigation with the most experienced, renowned, and expensive patent litigators pursuing the enforcement. 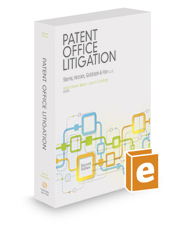 Having been extensively involved in the proceedings (150+) and written/spoken extensively on the topic from both legal and business perspectives, I have a deep professional interest in the PTAB. Like many others, I applaud Director Iancu’s stated focus on the PTAB process and his concern about whether the U.S. patent system is fostering innovation investment and risk taking, especially for inventors, universities, and small to medium enterprises.

To close, I want to bring to your attention an upcoming PLI Conference, USPTO Post-Grant Patent Trials 2018: Change & Recalibration, on May 15 in San Francisco, which will provide greater insight into the PTAB world and its economic and business impact on the U.S. innovation ecosystem.

Rob Sterne Rob Sterne is a founding director of Sterne, Kessler, Goldstein & Fox. At the age of 26, and just one year out of law school, he set out to create [...see more]