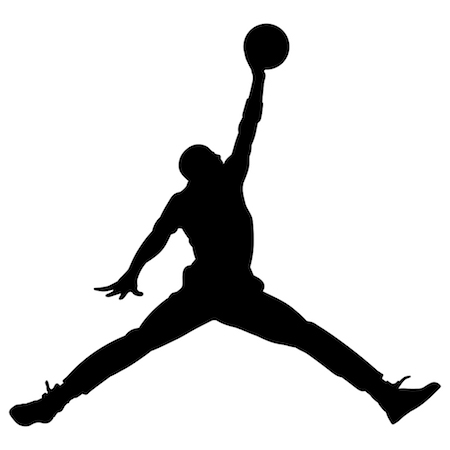 Michael Jordan seems to find his way into intellectual property matters – and the Ninth Circuit’s recent decision in Rentmeester v. Nike, Inc., 2018 U.S. App. LEXIS 4817 (9th Cir. 2018) adds one more to his list even though he was not a party.

The case is interesting, however, not just because it involved famous subjects – a “renowned photographer” (as the Plaintiff was described in the court’s first sentence), a famous brand (Nike) and one its most well-known logos (“Jumpman”), and a photo of one of the most famous people in the world (Michael Jordan) – although these items alone perhaps merit some attention. But for lawyers and those who deal with copyright protection in the business world, perhaps more interesting is the court’s explication of the classic copyright concept of the idea-expression dichotomy, as well as its holding that the photograph at issue, while not infringed, was entitled to broad protection.

The plaintiff, Jacobus Rentmeester, sued Nike contending that Nike’s “Jumpman” logo infringed on the copyright of his early photograph. The Ninth Circuit affirmed dismissal of Rentmeester’s complaint under Federal Rule of Civil Procedure 12(b)(6), even where it found sufficient allegations to support the claim that Nike had actually copied the original photograph.

In light of the admitted access to Mr. Rentmeester’s photograph and the overall similarities between the original and the Nike images, the court found sufficient allegations of “probative similarity” to meet the actual copying prong of copyright infringement. Where Mr. Rentsmeeter’s complaint failed as a matter of law, however, was on the “unlawful appropriation” prong. Applying the “extrinsic test” (the only test that may be applied as a matter of law, to assess the objective similarities of the works, focusing only on the protectable elements of the plaintiff’s expression, the court found that the works were not sufficiently “substantially similar” to allow a cause of action, as a matter of law.

Central to its decision was the finding that “without gainsaying the originality of the pose Rentmeester created, he cannot copyright the pose itself and thereby prevent others from photographing a person in the same pose.” Even though it rejected Nike’s assertion that the copyright was “thin” because it was a compilation, it nonetheless found that the differences in the protectable elements between the Rentmeester and Nike photos were such as to render them insufficiently substantially similar. For example, the court noted that the position of the limbs in the two photographs were different – in Rentmeester’s photo, Jordan’s limbs were bent while they were completely straight in the Nike photo – and these gave different overall impressions, and look and feel to the images, along with the different settings. Since the idea of Jordan in a grand jete position in the outdoors was not itself protectable – an expression of the idea/expression dichotomy in copyright law – these differences meant that there was no unlawful misappropriation of Rentmeester’s expression of that idea. The court concluded that these differences were such that “no ordinary observer of the two works would be disposed to overlook.” Accordingly, the court affirmed dismissal as a matter of law.

Takeaways to be considered:

First, the decision re-affirms again the distinction between copying and actionable copying. Even though the court found that the allegations that Nike had actually copied the Plaintiff’s photograph were sufficient, it nonetheless found the type of copying could not sustain a claim. The idea of the photograph – posing Michael Jordan in an unusual-for-a-basketball-player grand jete pose in an outdoor setting is not a protectable element under copyright law. Anyone is free to copy that idea, as long as the expression of that idea is not substantially similar.

Second, as other courts have done in recent years, the court took steps to clear up some confusion in verbiage – in this instance, the use of the words “substantial similarity” to describe evidence of both copying and evidence of infringement. Instead, the court adopted the phrase used by other courts (“probative similarity”) to apply to determination of whether copying had occurred, reserving “substantial similarity” for analysis of whether actionable copying of protectable elements had occurred. As to the latter, the court held that the differences in the means of expression were sufficiently different to mandate dismissal as a matter of law.

Third, copyright attorneys are often asked how much change is enough to prevent a finding of substantial similarity. The issue arises often, for example, in architecture cases, where there often many non-protectable standard elements (referred to by courts as “scenes a faire”). The question is often impossible to answer definitively, just as it is often impossible to say beforehand whether one is driving too fast for conditions or whether a product is unreasonably dangerous. Such questions will almost always be answered later by a judge or jury.

However, a good contrast to the question of substantial similarity is found in a 2002 architecture case, Sturdza v. United Arab Emirates, 281 F.3d 1287 (D.C. Cir. 2002). In contrast to Rentmeester, the D.C. Circuit held that summary judgment for the defendant was inappropriate and that a jury question was presented. The case provides worthwhile reading in and of itself, but what is most interesting are the images of the competing designs appended to the opinion (just as the competing photographs are appended at the end of the Rentmeester opinion). Beauty is not the only thing in the eye of the beholder – as the contrast between Sturdza and Rentmeester shows, so is “substantial similarity,” because applying the Ninth Circuit panel that decided Rentmeester could easily have come to a different result in Sutdza.

Finally, it is worth highlighting that even though it ruled against him as a matter of law, the Ninth Circuit nonetheless found that Mr. Rentmeester’s photographs were entitled to broad protection, not merely “thin” protection as a compilation of elements. It will be left for another day, it appears, to determine just how broad that protection really is.

Thus, while there are no definitive answers, Rentmeester provides solid guideposts for analysis of future claims.

David Levitt Is a Partner with Hinshaw & Culbertson. Mr. Levitt is an experienced trial lawyer who focuses his practice on intellectual property, including litigation and licensing issues in the areas of [...see more]