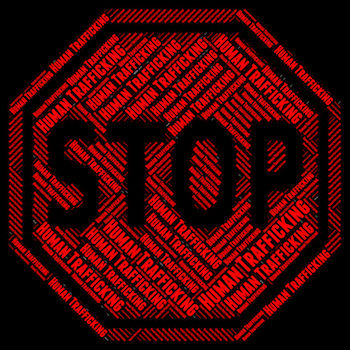 This week, the U.S. Senate is slated to vote on the Stop Enabling Sex Traffickers Act (SESTA), legislation that would help prevent online sex trafficking by holding accountable the websites that knowingly facilitate such trafficking.  After overwhelmingly passing the House in late February, and with 67 co-sponsors already on the Senate version, the legislation is almost certain to head to President Trump’s desk.

Despite significant support from Congress, the White House, and stakeholders including the Fraternal Order of Police, U.S. Institute Against Human Trafficking, UNICEF USA, and Teens Against Trafficking, SESTA has received considerable pushback from portions of the tech community who are concerned with the changes the legislation would make to Section 230 of the Communications Decency Act (CDA), a law that provides blanket immunity to online entities that publish third-party content.

If enacted, SESTA would amend the CDA to allow websites engaged in the “promotion or facilitation of prostitution and reckless disregard for sex trafficking” to be held liable.  Opponents of the bill argue that weakening Section 230 immunity could threaten online free speech and expose well-intentioned internet platforms to undue liability.

The reality is that SESTA is a smart, narrowly worded bill that will fix a fundamental flaw in our law that has allowed sex traffickers to flourish and escape culpability. Under SESTA, prosecutors would have to prove an internet platform showed a “reckless disregard of sex trafficking” to assign liability. Such a standard protects innocent sites both large and small. Further proof of the fairness of this standard is the support SESTA has received from Internet stakeholders including the Internet Association, whose members include Google, Amazon, Reddit, and Twitter; as well influential tech companies Oracle and IBM. Sheryl Sandberg, the Chief Operating Officer at Facebook, pledged the company’s support of SESTA, saying sex trafficking happens “right under our noses” and we all have “a responsibility to do our part to fight” it.

Moreover, given what the American public has recently learned of the role social media platforms like Facebook, Twitter and YouTube played in promoting fake news, hate speech and violent extremist content, it is worth asking ourselves if we should demand more oversight from these platforms. Sen. Ron Wyden (D-OR), a staunch supporter of internet platforms and architect of the original Section 230 legislation, himself admitted that it was crafted “under the principle that technology companies would act responsibly,” while adding that the view that companies are nothing more than “the pipes through which speech flows…isn’t going to fly.”

In addition to closing a destructive loophole in our law, SESTA also serves as a premiere example of how Congress ought to function—namely, bipartisan legislative compromise through measured dialogue amongst affected parties. The original sponsors of the legislation, Sens. Portman (R-OH) and Blumenthal (D-CT), introduced the bill in August 2017 and, after meeting with concerned parties and holding hearings, made tweaks to the bill to win support of key stakeholders. In a Congress that too often cuts corners and passes legislation by razor thin, partisan margins, this recommitment to process should be applauded.

It is often said that a good compromise leaves both parties somewhat dissatisfied. Surely there are those who believe Congress could go further to help curtail the lurid online sex trafficking industry and the spread of other illicit content online. Similarly, it is understandable that internet platforms could be wary of changes to Section 230, a law that has been instrumental to the growth of the internet. But Congress should not allow that to deter it from enacting reasonable, narrowly tailored legislation that holds companies that recklessly disregard sex trafficking on their platforms responsible.