The decision has broadened the liability of hosting providers and given victims of defamation a new tool to fight accusations on the internet. Nevertheless, the circumstances of this case were and are exceptional. 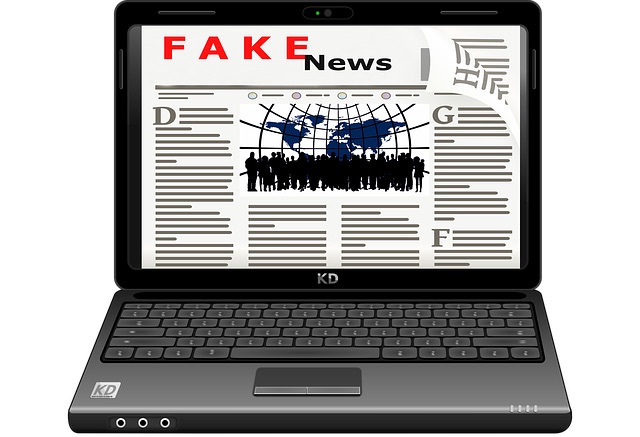 In a remarkable judgment of 10 January 2018, a court in the Netherlands ordered a hosting provider to make a legitimate website permanently inaccessible because it was “part of an unlawful concept”.

The plaintiffs in this case have been harassed on the internet by a non-existing organization called G|A|B|M|E, which supposedly stands for ‘Global Advisory Board Middle East’. One of the plaintiffs received an e-mail on 1 December 2017 warning him that in a few hours a “report” would be released revealing him, his companies and some employees as frauds. Indeed, a few hours later a publication was distributed via the internet with the title ‘International Security and Fraud Alert Iranian Fraud’. In this publication (the ‘report’) the plaintiff, his companies and some employees were wrongly accused of fraud, corruption and money laundering. The cover page of the report mentioned “susanwilliamswork” as author. The report referred to the website www.gabme.org for more information. However, this website only existed of a homepage and a contact page.

According to the website, GABME was “an independent international think tank”, supposedly founded to conduct “analysis and research on strategic international issues in relationship to the middle East”. The website gave the impression that this ‘think tank’ was commissioned by reliable partners such as Central Governments, international institutions and United Nations NGO’s. Focusing on extremely sensitive issues such as counter intelligence, counter surveillance, terrorism, trafficking, transnational organized crime, money laundering and corruption (to name a few), the website of GABME created the erroneous impression of reliability.

What the website did not contain, however, was any further information about GABME itself, its founders, its board members, and its short- or long-term goals, nor did it issue an address, or any contact details for that matter. Strangely enough, the website itself did not contain the report or any other GABME reports or publications. Further information regarding GABME could not be found elsewhere either. G|A|B|M|E existed solely on its own – highly superficial and rather uninformative – website. One could easily label GABME as a ‘ghost organization’ and it apparently was only “established” for the sake of giving a platform to the defamatory report on the plaintiffs.

The existence of an “official” GABME website and the use of the top-level domain ‘.org’, originally confined to non-commercial organizations, provided legitimacy to the report and the accusations made therein. Furthermore, the links to website www.gabme.org in the report created a higher ranking in search results for the report itself.

Of course, the plaintiffs’ main goal was to get the report removed from the internet. This unfortunately proved not to be easy. The report itself was no doubt defamatory and therefore unlawful, but it was published via an American provider. Under US law, providers are not liable for defamation. Furthermore, the people behind the report were not known and therefore it is rather difficult to ban the report from the internet. This in spite of a verdict of the Court of Amsterdam against WordPress. Proceedings in the US in order to get a verdict against the report and its authors are still pending.

In the meantime the plaintiffs needed to cut loose the ties between the report and the website www.gabme.org. If the plaintiffs could achieve this, at least the credibility of the report would be largely diminished.

The plaintiffs first tried to contact the person registered as the owner of the domain name, someone with the name of ‘Susan Williams’. This Susan Williams appeared not be living at the address mentioned in the registration and did not react to letters before action or any phone calls. Then the plaintiffs requested the Dutch hosting provider Your Hosting to take the website www.gabme.org down. The plaintiffs argued that the website was part of an unlawful construction to damage them. The hosting provider argued that the website itself was not unlawful as it did not contain any unlawful information or statements, and the provider refused to comply with plaintiffs’ demands.

Because the provider refused to cooperate, the plaintiffs requested the court for an injunction against the provider. They asked the court to order the provider to make the website inaccessible. They based their claim on Section 6:196c(4) Dutch Civil Code (DCC). This article, which is based on Article 14 of Directive 2000/31/EC (‘e-Commerce Directive’), stipulates that a hosting provider is not liable for the content of the websites connected to the internet through its server, in the event that the hosting provider a) does not know of the activity or information of an unlawful nature, and in the event of a claim for damages, should not know in reasonableness of the activity or information of an unlawful nature, or b) as soon as he knows so, or should know so in reasonableness, removes the information or renders it inaccessible without delay. The hosting provider had been informed of the unlawful character of the website and was still refusing to remove the website.

At the hearing, Your Hosting acknowledged that it had not been able to contact the domain name owner of the website either and did not contradict that at the address in Amsterdam stated in the Whois Record of the domain name no ‘Susan Williams’ could be found.

The court ruled that the GABME report was unlawful. It considered that “nothing shows that the report with the accusations against the plaintiffs is also supported by sources other than the website. All this makes it sufficiently likely that GABME is not the website of a prestigious think tank, as the website suggests, but that the website was created by the same person(s) who is/are behind the report, apparently with no other goal than being able to suggest that the report is founded on thorough investigation by order of one or more governments or other authorities, whereas it actually concerns anonymous and unfounded accusations against the plaintiffs by the person(s) behind the website and the report.”

Because it is highly likely that the person registered as the owner of the domain name for GABME’s website (‘Susan Williams’) is the very same as the author of the report (‘susanwilliamswork’), and “because the website contains very little and only general information”, the court considered “the website part of an unlawful concept”. According to the court “all the information on the website serves, and apparently does not have any other goal but to make statements about the plaintiffs of an unlawful nature, i.e. serious unfounded accusations.” In other words: the website was part of an elaborate defamation campaign against the plaintiffs.

This is a remarkable judgment. So far, Section 6:196c(4) DCC had only been applied in cases in which the website itself contained unlawful content. The judgement shows that such an interpretation of the provisions of Section 6:196c(4) DCC is too narrow: a legitimate website can also fall within the scope of Section 6:196c(4) DCC if it is part of an unlawful concept. The decision has definitely broadened the liability of hosting providers and has rendered those who are the victims of defamation a new tool to fight accusations on the internet, but one has to bear in mind that the circumstances of this case were and are exceptional. The so called GABME report is evidently unlawful, the authors are unknown and are obviously doing everything to prevent that their identity will become known and to have the report itself removed and seem to have no other purpose than to harm the plaintiffs.

The decision of the court has become final, the provider did not appeal.

Jacqueline Schaap is a Partner at Visser Schaap & Kreijger. She has been practising law since 1988, specialising in intellectual property law and media law. Her specialities lie in the field of [...see more]