Where Does Blockchain Fit in Digital Rights Management? 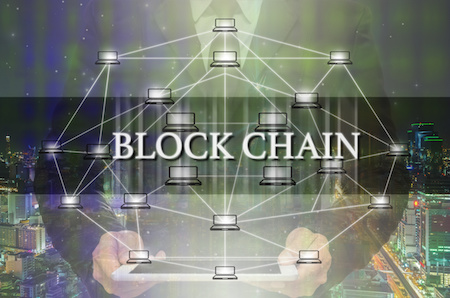 A team of media titans including Amazon, Netflix, Columbia, and several others recently filed suit against TickBox, TV LLC in California. The lawsuit alleges that TickBox sells a product that “urges its customers to use [it] as a tool for the mass infringement of Plaintiff’s copyrighted motion pictures and television shows.”

TickBox makes a computer hardware device that allows users to search for unauthorized streams of copyrighted content through the combination of open source media player software, Kodi, and “add on” software programs. The company boasts that users can quit paying high monthly fees and access the hottest TV shows, blockbusters, premium content, and live sporting events – all through the TickBox.

The lawsuit is the latest example of content creators chasing down a third party that does not directly infringe content but rather facilitates infringement through a combination of its own hardware and third-party software. Technological advancements have created a sharing environment where boundaries to content are incredibly porous, which begs the question whether new developments can create alternatives to our traditional legal processes for registering, managing, and enforcing digital rights.

Currently, the increasingly proposed solution for safeguarding digital information is blockchain technology. Blockchain is being implemented in various industries to solve inefficiencies in areas from identity protection to supply chain management. Several companies, such as Mediachain, Binded, Pixsy, and TinEye, among others, are attempting to use the technology as a tool for managing intellectual property, primarily to register copyrighted works and allow owners to easily protect those works.

To understand blockchain technology as a potential solution to the problems posed in the digital rights management space, one must first understand what the technology is and how it operates. Simply put, Blockchain is a publically available and unalterable record of decentralized transactions. Using the Blockchain, parties can exchange data across a secure network of computers, also known as “nodes,” which dispenses with the need for an intermediate, central authority to approve the transaction. In other words, the Blockchain itself is an internet-based platform that provides a secure way to open source information between parties.

With that brief primer, several conclusions regarding the Blockchain’s capabilities and limitations as a tool for protecting digital rights are evident.

Blockchain is not a tool for preventing the unauthorized dissemination of protected works. Since blockchain technology is a substitute for central authorities that distribute data and validate transactions, enforcing one’s digital rights against infringers still demands legal processes. For example, Binded is a blockchain start-up that allows photographers to upload images and register their works with the copyright office, which are then time stamped on the Blockchain. Creators can then use the system to monitor their images for infringement and refer to the time stamped Blockchain to show proof of ownership. Unfortunately, enforcing these rights will still be left up to the copyright owner. Thus, creators embattled with indifferent content hijackers like Tickbox will still need to resort to legal processes when they find their works are being distributed without authorization.

The above example also illustrates an improvement Blockchain offers to digital rights management – an ability to solve the traceable ownership problem. Establishing a claim for infringement requires a plaintiff to prove ownership of the asserted right and its unauthorized appropriation. Typically, ownership is established by referring to the registration certificate. However, instances where the owner is not named on the registration certificate require a plaintiff to produce a chain of title that establishes rights as owner or exclusive licensee. Therefore, an author or artist can register a creative work on the time stamped, unalterable Blockchain to prove ownership and existence at a particular time.

Blockchain and smart contracts can improve licensing and attribution by way of a distributed record of copyright owners’ identities. The benefits of the Blockchain are not only reflected in the quantity of information it can store, but also the quality. For instance, the Ethereum network is a blockchain-based platform that allows developers to build decentralized applications. The network is capable of recording self-executing contracts between parties, also known as “smart contracts.” Conceptually, smart contracts are simple creatures — the parties agree to a set of rules for a transaction, and a machine automatically performs or verifies performance of the contract.

The Chamber of Digital Commerce released a report detailing 12 use cases for smart contracts in business, such as automation of compliance with contracts. It follows that copyright property licensors similarly employ the technology to control their licensees through smart contracts that automatically enforce geographical exclusivity provisions, termination of rights dates, payment procedures, and sub-licensing prohibitions, to name a few. Once a rule set is agreed upon, the smart contract will be enforced via the network, which allows the parties to the transaction to operate without “babysitting” one another.

Another prevalent problem is the failure of publishers to effectively manage the digital rights of content creators, aptly epitomized in a lawsuit brought against Spotify by the National Music Publishers’ Association (NMPA) in 2016. Spotify agreed to a $20 million settlement and a $5 million penalty for unpaid royalties, for failing to obtain mechanical licenses for many of the songs on its service. Spotify claimed it was incapable of maintaining data to legitimize artists’ claims and could not locate the parties even if it was aware of which artists had legitimate claims of attribution. Spotify has since acquired a blockchain start-up called Mediachain labs that will allow artists to claim attribution rights and receive payments in cryptocurrency for their contributions.

Mediachain and other blockchain-based digital rights management companies acknowledge their products are not tools for reducing infringement but rather are equipped to solve the lost identity problem that is often part and parcel with the culture of freely exchanged digital content. As intellectual property attorneys come to understand Blockchain and smart contracts, these new technologies will have profound effects on the management of digital rights.