Is a ‘Bad Patent’ really that bad? 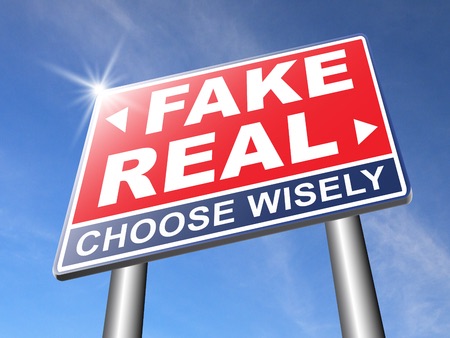 The death of the patent troll has given way to a new villain, the bad patent. And, surprising to no one, the anti-inventor lobby, made up of multinational Goliaths like Google, tell us that Congress, the Administration and the courts must urgently destroy bad patents.

Killing the fictitious patent troll has already strangled U.S. innovation in the cradle. All three branches of the government rapidly changed every aspect of the patent system to work against the small for the benefit of the large. Today, the PTAB has a kill rate of over 90%. Alice v. CLS Bank’s abstract idea is killing 67%. eBay v. MercExchange for all practical purposes allows invention thieves to keep what they’ve pillaged because there is no ability for innovators to get an injunction that would prevent ongoing theft. Damages are obliterated and are in freefall. Venue laws now create litigation chaos. Virtually every decision coming out of Washington for the last 12 years has harmed inventors and startups for the benefit of huge multinational infringers.

And business leaders, economists and academics actually wonder why the U.S. economy has struggled and start-up, which create 50% of new jobs, are moving overseas?

It is no secret that the legal system protecting inventors and their investors has collapsed. Last year, the US Chamber of Commerce ranked the US patent system number 10 in the world, tied with Hungary, a former puppet state of the Soviet Bloc. Good for Hungary! But something is terribly wrong when the U.S. is tied with Hungary.

Early stage funding is down 62%. The U.S. is at a 40 year low in startups. China strengthened their patent system while we continue a purge that has nearly destroyed the U.S. patent system. Europe and China are both on course to control complete swaths of technology critical to our national security and infrastructure.

But here we go again with a new villain, the bad patent. With smoke still rising from patent reform rubble, the Google lobby wants more. If we are going to pass laws based on an imaginary creature summarized in a catchy phrase, perhaps it is a good idea to define exactly what it means before making new law.

What the heck is a bad patent? That is a good question, and one that needs to be answered before Congress spends even a second considering what Google has repackaged and is peddling.

So let us first define what a bad patent is. A quick search shows that bad patents are discussed in many articles, op-eds and academic papers. A small percentage use examples to shore up their own particular definition. Chief among these examples is U.S. Patent No. 5,443,036, Exercising a cat, issued in 1995. In a nut shell, the patent claims a method for inducing cats to exercise by getting them to chase the light beam of a laser pointer. I’ve done this with a cat and she loved it.

What is the net economic effect of this so-called bad patent? The patent was examined by the USPTO. Since the USPTO is funded by the fees it collects for examination, maintenance and the PTAB, it is not a burden on tax payers.   The inventor of the Exercising a Cat patent paid examination fees to the USPTO. The first and second maintenance fees were also paid years after the patent issued. This is a net positive effect because the USPTO earned fees and taxpayers did not need to support the USPTO with taxes.

Another positive economic effect is that the invention is publicly disclosed so that others can improve it. The Exercising a Cat patent has many follow up patents from different inventors, including laser pointers specifically designed for this activity.

You might think the’036 patent is stupid, but does it seem at all logical to use a cat exercising method as the basis for further modification of the U.S. patent system in the year 2018?  Even assuming this patent should have issued, in what universe would it make sense to set patent policy for the 21st century based upon a cat exercising patent?

And therein lies the problem. Changes to the patent laws and rules apply equally to all patents, which is why suddenly critics of the patent system seem so excited to make fun of this cat exercising method.  Point to something that looks silly, laugh it off, and then recommend reforms that further gut the patent system across the board. A clever strategy, and one that has unfortunately worked in the past.

Of course, pointing and laughing is not evidence. It is the type of juvenile behavior one would expect in Junior High. Yet, pointing, laughing and pretending that the laughter is evidence in and of itself is what passes for thoughtful consideration of the issues by those who mock inventors and seek to destroy the patent system.

Since a patent application is nothing but an application for an exclusive Right before it is issues, and the application process is a positive economic effect, the negative effect must be after it issues. Importantly, an issued patent is nothing until and unless it is defended in litigation so the negative effect must happen in litigation. Patent litigation is some of the most expensive litigation there is often costing millions of dollars on each side. Unless the inventor is independently wealthy, the odds of the inventor filing an infringement law suit is near zero without professional help from patent lawyers and investors.

Lawyers and investors risk potentially millions of dollars defending a patent. With that much money at risk, the potential damages must be high enough to justify a profitable return. In other words, the damages value of the suit must be significantly above the maximum amount of money put at risk.

Most professionals calculate a suitable return at a target multiple of the money put at risk. Multiples vary depending of the level of risk, how long it takes to get paid and other considerations. Patent infringement law suits are very high risk. You have to prove infringement and your patent cannot get invalidated or you lose everything put into the case. Then you have to get paid and that can take many years and many appeals. For the sake of example, lawyers and investors may require a multiple of 5X for patent litigation. So if one million dollars is put at risk, the potential damages paid to the lawyers and investors must be five million dollars.

Calculating damages is a complex field, but it places a dollar figure on the damage caused to the inventor by the infringement. If an infringing product is sold on the market, damages can be calculated based on the revenue associated with the infringing product. If there is no revenue, damages are often impossible to calculate.

Therefore, only those patents with significant markets where damages can be calculated are litigated. Lawyers and investors know that the risk of losing is very high and a loss is a total loss of all the money and time they put into the case, so they take only cases where there is a reasonable chance of winning.

Since nobody makes any money exercising a cat with a laser, it is nearly impossible to establish a damages model. Even if there were a way of calculating damages caused by pointing a laser to exercise a cat, it would not have a potential value of ten million dollars. This patent was never litigated even though it was widely infringed, thus there was no negative economic effect.

There is no such a thing as a bad patent without economic hard. The alleged bad patents that patent-haters point to simply do not get litigated. Thus there is no negative economic effect, which means they are not bad patents after all.

Like the myth of the patent troll, the myth of the bad patent exists only to protect huge monopolistic multinational corporations from the creative destruction of a small inventor with a big idea at the expense of our economy, our job creation engine and our national security.