Conservative Thinking on the Critical Issues in Oil States 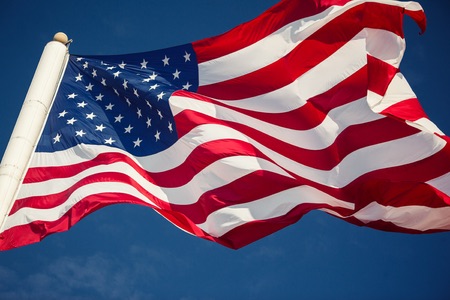 The Oil States v. Greene’s Energy Group case heard by the U.S. Supreme Court Nov. 27, 2017, has generated much ink, analysis and opinion.  Rightly so, given the profound consequences for the security of exclusive private property rights of limited duration in patents.

Among the worthy and constructive reflections, conservative experts and leaders have contributed a fair share.  This article highlights prevailing thinking from many on the political right about Oil States and the underlying question of the constitutionality of an executive body deciding property rights issues when a patent’s validity is challenged.

Hoover Institution fellow and New York University Law Professor Richard Epstein devastates the notion that Oil States should go any way but for Oil States and against the Patent Trial and Appeal Board.  Epstein discusses private property rights, separation of powers and due process.

Patents fall within the category of properties that receive protection both at common law and in equity, which means that their validity can only be adjudicated in Article III courts.  The fact that the Takings Clause of the Fifth Amendment has always protected patents—subject to some constraints—makes this even clearer.

The need for Article III courts to resolve ordinary disputes between private parties is not just an accidental feature of the legal system.  It represents an important constitutional safeguard, rooted in the separation of powers, that should not be frittered away by clever artificial distinctions and subtle arguments.

Heritage Foundation legal scholar Alden Abbott, whose background includes service at the Federal Trade Commission and as a senior corporate IP counsel, has summed up the shortcomings of PTAB “patent death squads.”  Abbott suggests how the Supreme Court should rule in Oil States:  “The best option to fix the Patent Trial and Appeals Board is to get rid of it.  There is a powerful legal case that board review violates the U.S. Constitution, and therefore is invalid.”

First, enabling the board to extinguish patents arguably violates the Seventh Amendment, which guarantees the right to a civil jury trial in federal lawsuits “at common law” where the value in controversy exceeds $20. The Supreme Court has held that the amendment’s protections apply to the types of cases that existed under the English common law when the amendment was adopted, in 1791. Significantly, lawsuits dealing with the extinguishment of patent rights were viewed as common law cases in 18th century England.

Second, the board system undermines the constitutionally mandated separation of powers. Article III of the Constitution vests the federal judicial power in the U.S. Supreme Court and in inferior federal courts established by Congress. By authorizing board bureaucrats — who are not Article III judges — to review and extinguish patent-based property rights, Congress has ignored this command and substituted executive branch for judicial branch resolution of common-law legal disputes. In its 1898 McCormack v. Aultman decision, the Supreme Court explicitly stated that ‘the only authority competent to set a patent aside, or to annul it, or to correct it for any reason whatever, is vested in the courts of the United States, and not in the department which issued the patent.

Columbia Law Professor Philip Hamburger observes:  “Finally, it must be mentioned that some justices may fear that if they hold the PTAB unconstitutional, then the entirety of the administrative state will come tumbling down with it.  For better or worse, this is improbable.  Oil States concerns a very specific sort of property right—one secured as a property right by the Constitution and granted in the form of a patent.  It also concerns a very specific type of administrative tribunal—one created for the sole purpose of hearing petitions from anyone in the world seeking executive interference in what the Constitution specifically secures property rights.  If understood narrowly in these ways, the case has no necessary consequences for other sorts of property rights, let alone for executive discretion over government benefits.”

Center for the Protection of Intellectual Property founder and George Mason Law Professor Adam Mossoff covers some of the same ground and concludes:

Accused infringers and commercial competitors now exploit the PTAB as a way to harass inventors, small businesses, and other innovators.  The PTAB was supposed to address the problem of low-quality patents; it now threatens all patents, undermining the foundation of the American innovation economy.

In addition, several conservative amicus briefs were filed in the Oil States case by:

Conservative leaders signed an open letter regarding this case.

If the court departs from the fundamental issues of private property, separation of powers and due process concerning patents and inventions, it won’t be for lack of clear-eyed, prudential, principled thinking and direction readily at hand.