Will the Supreme Court continue to be influenced by patent reform? 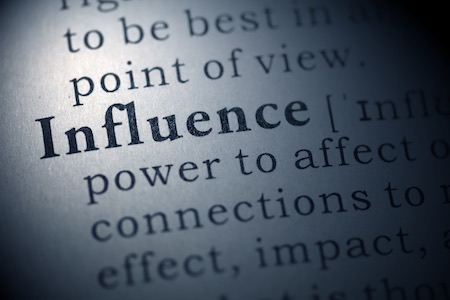 Having seen nothing to change this recent history, we base our predictions for 2018 on the premise that the Supreme Court will continue in their role as the legislature.

There are currently two patent related bills in Congress, the STRONGER Patent Act and the US Inventor Act. A third bill is waiting in the wings. All three address the PTAB. Two eliminate it and one changes the constructs of PTAB rules to be more like a real court and consistent with the way disputes are handled in federal district court, which makes sense if you are going to keep the PTAB given it is supposed to be a federal court alternative.

If the Supreme Court stays true to form and incorporates the language of pending patent bills, the Supreme Court will invalidate the PTAB in Oil States, which is exactly what should happen. It is also in keeping with the Court’s trend of trying to stay out in front of legislation.

Another provision in all three bills is eliminating the abstract idea exception to subject matter eligibility. This abstract idea monster has swallowed all of patent law exactly as the Supreme Court predicted it would in the decision that created the monster. Recall, the Supreme Court warned about over zealous application because at the root of all invention is an idea that starts the process. That admonition has fallen on deaf ears. Since all three bills address Alice, if the Supreme Court stays true to form the Court will take a case to address it. I’m not sure if they will invalidate the concept completely or just adjust it, but it will be addressed somehow.

To get relief from the disaster that has been the eBay decision we will need to go old school and use the constitutional processes of passing legislation in the House and Senate and then attach a signature from the President to restore the patent system to its constitutional underpinnings. Then again, perhaps all we really need to do is underline, bold and italicize Article I, Section 8, Clause 8 of the U.S. Constitution where it defines a patent as nothing but an “exclusive Right” and remind the Supreme Court that the only time the word “Right” is used in the Constitution is with respect to intellectual property. Such an amendment would remind the Supreme Court of their primary role of defending that quaint document.

Of course, the Supreme Court doesn’t have much of a track record defending patent rights, which admittedly makes it somewhat difficult to predict the Supreme Court will find the PTAB unconstitutional, or that it will do anything productive to address (or even define) the abstract idea doctrine.

After so many years of staying out in front of patent reform legislation that has weakened the U.S. patent system, dropped early stage investment by 62% and brought us a 40 year low in startups thus sending venture capital, startups and complete swaths of new technologies to China, how odd it will be if the Supreme Court doesn’t do the same now that pro-patent reform is actually pending in Congress.