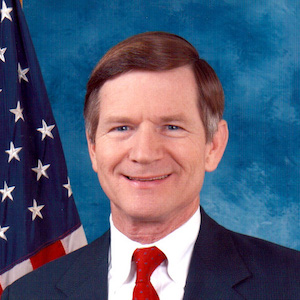 Today, multiple news reports published indicating that longtime Texas Representative Lamar Smith (R-TX), chairman of the House Committee on Science, Space, & Technology, will be retiring from his duties on Capitol Hill and will not seek reelection for another term of service. Smith, a former Chairman of the House Judiciary Committee and powerful member of the Republican leadership, will leave a void. His retirement marks the end of a 30-year tenure of public service and will immediately create a leadership void on the House committee responsible for overseeing our nation’s science and space policies.

Smith was first sworn into office at the U.S. House of Representatives in 1987 and has served the 21st congressional district of Texas, which includes areas of Austin and San Antonio and parts of the Texas Hill Country, since that time. During his time in Congress, Smith has been involved with the sponsorship of legislation related to technology including the Stop Online Piracy Act (SOPA) and the STEM Education Act of 2014. Many readers of this blog will recall that Smith was an original co-sponsor to the Leahy-Smith America Invents Act (AIA) of 2011 along with Democratic Representative Patrick Leahy (D-VT). That piece of legislation created the Patent Trial and Appeal Board (PTAB), an Article I executive branch tribunal which is being challenged on constitutional grounds before the U.S. Supreme Court in Oil States Energy Services, LLC v. Greene’s Energy Group, LLC.

Multiple news outlets have reported on an e-mail from Smith on the subject of his retirement which cites “several reasons” for “pass[ing] on the privilege of representing the 21st district to someone else.” Those “several reasons” were not identified by news media. According to reports, Smith is the 12th Republican member of the House who has announced retirement after this term and the most recent one to do so since Rep. Jeb Hensarling (R-TX) announced his decision not to run for reelection this Tuesday.

Despite Smith’s involvement with passage of the AIA and the subsequent unintended consequences and issues stemming from patent validity challenges at the PTAB, the announcement of his retirement is far from welcome among many respected members of the intellectual property community. “Chairman Lamar Smith had been a leading proponent of strong intellectual property protection for several years,” said Bob Stoll, former Commissioner of Patents at the U.S. Patent and Trademark Office. “He listened to stakeholders and tried to craft narrow legislation to resolve the stakeholders’ issues. His leaving is a great loss for the entire IP community and the Hill.”

“Chairman Smith was there at the beginning, originating the very earliest versions of what became the Leahy-Smith America Invents Act, and his hands-on involvement throughout its long gestation was critical to its eventual contours and passage,” said Todd Dickinson, former Director of the USPTO. “He cared deeply about trying to get our innovation incentive systems right, while looking out for the interests of his constituents, and was always a gentleman doing it. He will be missed.”

A deep respect for Smith has also been extended from members of Congress sitting on the opposite side of the political aisle. The Texas Tribune quoted fellow Texas Representative Sheila Jackson Lee (D-TX) as saying that, “I call him a Texas gentleman, and he is.”

There are many who have been left surprised by Smith’s retirement announcement. Coverage of Smith’s retirement published by The Hill notes that the Congressman secured a comfortable win in his last re-election in a congressional district which leans heavily to the Republican side; Smith’s 54 percent of the vote was well-ahead of the 36 percent earned by his next closest competitor. Further, The Texas Tribune reported that there was some expectation that Smith might replace Rep. Michael McCaul (R-TX) as chair of the House Homeland Security Committee. However, a Politico report on the announcement noted that Joseph Kopser, a challenger to Smith within the 21st district of Texas from the Democrat side, had raised more campaign funds than Smith in the third quarter of this year.