Creators of This Is Spinal Tap sue Vivendi for $400M over breach of contract, declaratory judgment of copyright reversion claims 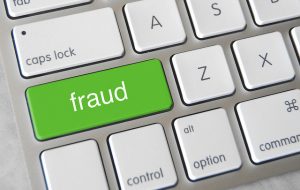 “Fraud Key” by Fraud Credit. Licensed under CC BY 2.0.

On Thursday, October 19th, the creators of the 1984 rock band mockumentary This Is Spinal Tap filed a second amended complaint against French mass media company Vivendi SA (EPA:VIV) in the Central District of California. The lawsuit, which includes trademark and copyright claims, alleges that Vivendi and its subsidiaries provided fraudulent accounting to the plaintiffs which resulted in greatly reduced royalty payments over the course of decades. The plaintiffs, which include the movie’s director Rob Reiner as well as performers/co-creators Christopher Guest, Harry Shearer and Michael McKean, are seeking more than $400 million in compensatory and punitive damages from Vivendi and Universal Music Group.

The most recent amended complaint filed by the Spinal Tap creators pushes back against allegations that the movie and its music were “works for hire” developed by employees during a term of employment; Vivendi had argued this position in a motion to dismiss filed in the case this February. The plaintiffs argue that this claim is false, citing to development of the Spinal Tap characters which began in 1978, four years prior to the creators signing an agreement with Embassy Pictures for production and distribution of the Spinal Tap motion picture. The creators also applied in 1981 for copyrights covering some of the songs used in the film including Stonehenge, Sex Farm and (Tonight I’m Gonna) Rock You Tonight. The songs and the Spinal Tap characters were featured in a 20-minute film which the creators used to shop the movie idea to studios.

The Spinal Tap suit also includes claims of breach of contract, breach of good faith and fraud by concealment and misrepresentation over allegations that Vivendi and its subsidiaries haven’t met their contractual obligations to maximize revenue for the film’s creators. The original agreement included provisions to split net receipts 60 percent to Embassy and 40 percent to Spinal Tap Productions, an entity which was entirely owned by the four Spinal Tap co-creators. Vivendi allegedly bundled and cross-collateralized Spinal Tap with less successful films to fraudulently under report the revenues. These fraudulent activities include a failure to report a $1.6 million settlement payment received from MGM Home Video for underreported DVD and VHS sales, a few million dollars’ worth of improper expense deductions including undocumented expenses, as well as a failure to account and/or collect monies for soundtrack music rights; Universal Music Group has allegedly reported a mere $98 in gross receipts from Spinal Tap music sales between 1989 and 2016.

The Spinal Tap creators are also seeking declaratory judgment on trademark rights, arguing that the defendants have abandoned the rights by discontinuing enforcement of those rights for three years. During this period, a trademark registration filed with the U.S. Patent and Trademark Office was approved for the use of the “SPINAL TAP” mark on beer products. This registration was unopposed by Vivendi. This would allow the Spinal Tap creators to claim rights and duties with respect to the mark.