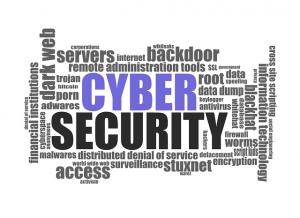 On August 28th, East Palo Alto, CA-based web security firm Finjan Holdings (NASDAQ:FNJN) filed a Form 8-K with the U.S. Securities and Exchange Commission (SEC) which disclosed a patent assignment agreement made with Armonk, NY-based information technology giant IBM (NYSE:IBM). Under the terms of the agreement, Finjan Blue, a newly formed subsidiary of Finjan, will acquire a series of IBM security-related patents with potential pathways for the IBM and Finjan to work collaboratively on development of those patented technologies.

In an investor conference call made the same day as the SEC filing, Finjan CEO Phil Hartstein said that IBM agreed to assign 25 U.S. patents and another 16 issued and pending patent applications in U.S. and around the world under the terms of the agreement. This patent assignment nearly doubles the patent portfolio held by Finjan, according to Hartstein’s statments during the investor call. Finjan Blue will have the responsibility of investing in development efforts and managing the licensing of the technologies covered by the patent assets. The Finjan subsidiary will undertake those efforts with support from IBM and the partners will continue to evaluate future opportunities for these and potentially other patent assets.

The Form 8-K filed with the SEC reports that Finjan has committed to an $8.5 million cash payment to IBM in return for the assignment of IBM’s patent assets. This includes a $2 million payment upfront upon execution of the patent assignment agreement and an additional $6.5 million to be paid over the next four years. Although IBM will not receive further proceeds from the monetization of the security patents assigned to Finjan Blue, the tech giant has reserved its rights with respect to current licensees and open source initiatives involving those patents.

In an emailed statement, Hartstein expressed his expectations regarding the patent acquisition agreement with IBM:

“Finjan returns to its roots with a business relationship it had with IBM nearly 20 years ago that included Finjan shipping its early enterprise appliance products on the IBM e-series chassis. This Agreement sets the foundation for us to work cooperatively with IBM now and into the future, bolsters our growth, and fits squarely within our strategic objectives.”

Finjan’s earnings report for the second quarter of 2017 filed with the SEC discussed growing licensing opportunities for the company, which has earned more than $250 million to date in such agreements. Finjan also highlights the strength of its patent portfolio which it has asserted and has netted the firm more than $40 million in outstanding judgments. Finjan notes the high durability of its patent portfolio in the face of validity challenges petitioned at the Patent Trial and Appeal Board (PTAB); the company owns an 80 percent success rate in defeating administrative challenges at the PTAB and a 99 percent rate of patent claims which remain unchanged despite institution of a patent validity trial.