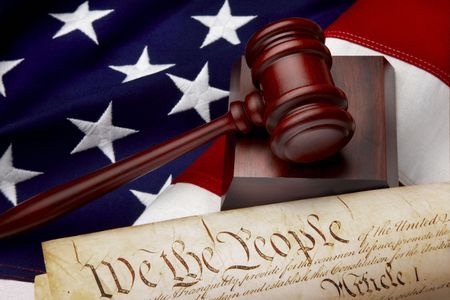 In Oil States, the Supreme Court will consider the constitutionality of postgrant patent validity challenges in an administrative venue, as opposed to proper proceedings in a real court. That question hinges on the premise of patents securing exclusive private property rights.

Unless most of the justices are impeachment-worthy judicial activists who stomp on stare decisis and the U.S. Constitution, this central legal tenet should be a slam-dunk in favor of private property rights in patents.

As the justices take up this case, they’ll have plenty of resources at hand cementing this incontrovertible property-rights fact. Four amicus curiae briefs, three by conservatives and libertarians and one by law professors, provide convincing, irrefutable proof that U.S. patents amount to private property. These briefs show what one of them called “a striking unanimity in the judicial decisions construing patents as private property rights.”

A sampling from these briefs illustrates this firm foundation about private property rights in one’s invention.

The brief of a dozen conservative leaders cites Chief Justice John Marshall from an 1813 circuit case (Evans v. Jordan). Marshall found “[a] patent was certainly required to make the property right enforceable, but the right itself ‘was vested in the inventor, from the moment of discovery,’ was an ‘indefeasible property in the thing discovered,’ and was being merely ‘perfected by the patent.’”

The Cato Institute and the American Conservative Union Foundation joint brief quotes Chief Justice Marshall more extensively from this same case. The Marshall quotation begins: “The constitution and law, taken together, give to the inventor, from the moment of invention, an inchoate property therein, which is completed by suing out a patent. This inchoate right is exclusive. It can be invaded or impaired by no person. No person can, without the consent of the inventor, acquire a property in the invention.”

Thus, the most influential, notable chief justice of the U.S. Supreme Court embraced the fact that property ownership attaches to the newly created property, the invention, and belongs solely to its inventor or a patent’s subsequent purchaser. The patent secures one’s property right.

Conservative leaders, as well as 27 law professors (including NYU’s Richard Epstein and George Mason University’s Adam Mossoff) and other briefers, show that the consistent American legal principle regarding patents is inventors’ inherent property right in their patent. Kenneth Blackwell et al. quote Justice Joseph Story’s opinion from the unanimous 1824 Ex Parte Wood & Brundage ruling, where the court said “[t]he inventor has, during [the patent] period, a property in his inventions; a property which is often of very great value, and of which the law intended to give him the absolute enjoyment and possession.”

Briefers illuminate clearly that property is property, under U.S. constitutionalism. The Supreme Court, in the 1869 case Providence Rubber Co. v. Goodyear, equated real, or physical, property and its secured property rights with the property right in an invention, Blackwell et al. point out. Addressing patent infringement, the court held that there is “no distinction between . . . a patent [for land] and one for an invention or discovery.” The high court in 1865 affirmed a patent as private property, the conservatives’ brief says, averring in the court’s words that a “valid patent . . . is just as sacred as any right of property . . . .”

Eagle Forum Education & Legal Defense Fund’s brief quotes Seventh Circuit Judge Frank Easterbrook’s explanation of patent property rights being equivalent to those rights in other forms of private property: “Patents give a right to exclude, just as the law of trespass does with real property. Intellectual property is intangible, but the right to exclude is no different in principle from General Motors’ right to exclude Ford from using its assembly line, or an apple grower’s right to its own crop.”

Similarly, the Supreme Court ruled in Davoll v. Brown (1845), the professors remind us, that “we protect intellectual property, the labors of the mind, . . . as much a man’s own, and as much the fruit of his honest industry, as the wheat he cultivates, or the flocks he rears.”

The brief from Cato and ACUF reiterates the private property right, whether in physical or intellectual property. These amici cite an 1876 ruling: “A patent for an invention is as much property as a patent for land. The right rests on the same foundation, and is surrounded and protected by the same sanctions. There is a like larger domain held in ownership by the public. Neither an individual nor the public can trench upon or appropriate what belongs to the other.”

Cato and ACUF further illustrate the U.S. Supreme Court’s clear understanding of property being property and property rights being private rights, regardless of the form the property takes — physical, personal, intellectual. This brief quotes the court in McClurg v. Kingsland (1843). There, the court said legislative changes to the patent statute “can have no effect to impair the right of property then existing in a patentee, or his assignee, according to the well-established principles of this court in” an 1823 land ownership case.

Quoting the Supreme Court’s unanimous 2002 Festo ruling, in which Justice Anthony Kennedy penned the opinion, Eagle Forum ELDF’s brief reminds the court of the principle it repeatedly has lain: “The patent laws ‘promote the Progress of Science and useful Arts’ by rewarding innovation with a temporary monopoly. U.S. Const., Art. I, § 8, cl. 8. The monopoly is a property right; and like any property right, its boundaries should be clear. This clarity is essential to promote progress, because it enables efficient investment in innovation. A patent holder should know what he owns, and the public should know what he does not. … [I]nventors … rely on the promise of the law to bring the invention forth, and the public, which should be encouraged to pursue innovations, creations, and new ideas beyond the inventor’s exclusive rights.”

The conservative leaders’ brief also cites the court where it reaffirmed in Festo (2002) and reaffirmed its reaffirmation (Nautilus, 2014) of the cold, hard fact that “a patent ‘is a property right.’“ It further quotes the Supreme Court’s 2011 opinion in Board of Trustees of Leland Stanford Junior University v. Roche Molecular Systems, where the court cites the 1890 patent case Solomons v. U.S., “whatever invention [an inventor] may thus conceive and perfect is his individual property.”

Several of the briefs address the absurdity currently being advanced, claiming patents are so-called “public rights.” This novel notion — more in line with Karl Marx than John Locke — is a direct assault upon the very essence of private property rights.

For example, the Eagle Forum Education brief exposes this falsehood: “The unjustified attempt by some antipatent activists to recharacterize patent rights as some kind of ‘public right’ is of recent vintage, and an outgrowth of the often-criticized legal realism movement. ‘Since the turn of the century, the concept of property had succumbed to the acid wash of a nominalism first popularized in the law by the legal realists.’ Id. at 372. Part of that legal realism is to mischaracterize patents as merely a government-granted monopoly which can be taken away. . . . [A] ‘public right’ in the patent context is an oxymoron, and is really not any right at all. Property rights need to be secure . . . .”

The Cato-ACUF brief reasons “public rights” into a sniveling lump: “Ultimately, the implications of the argument that merely because a right to particular property flows from a statutory scheme, such rights are ‘public rights’ and that disputes over them can be withdrawn from Article III courts are staggering. Such a conclusion would mean that anyone who derives his land title from the Homestead Act can be forced to have any disputes over that property be resolved by a bureaucrat in the Bureau of Land Management. Under this view, Congress could require that a dispute between an individual and a private financial institution over a mortgage or a student loan be heard before an official in the Treasure Department on the theory that the relevant loans were made pursuant to a federal statutory scheme. The government enacts statutes affecting property rights all the time, but that does not convert the rights that trace their roots to such statutes into ‘public rights.’”

Conservative leaders Blackwell et al. draw from the court’s 1897 ruling in U.S. v. American Bell Telephone Co., further pummeling the reckless, unfounded idea: “The government parted with nothing by the patent. It lost no property. Its possessions were not diminished. The patentee, so far as a personal use is concerned, received nothing which he did not have without the patent, and the monopoly which he did receive was only for a few years.”

As shown, these several amicus briefs are chock full of historical and judicial record that leads to only one conclusion — that American patents secure fully enforceable private property rights for the fruit of one’s intellectual labor, no less private property than other forms of property, and protected by the same due process and substantive rights as any other individual right or property.