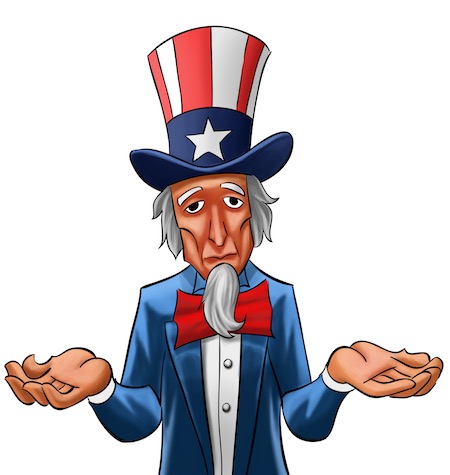 It seems to be the catch phrase of our times that just when you think it can’t get any worse, it does. Last month we discussed a proposal by Sen. Angus King (I-ME) that was added to the pending Department of Defense (DOD) authorization bill seeking to control drug prices by undermining the Bayh-Dole Act, the foundation for public/private sector R&D alliances. These partnerships are a big reason why the U.S. is the world’s dominant force in innovation.

King would force the agency to “march in” under the Act to issue compulsory licenses on inventions arising from DOD supported R&D “whenever the price of a drug, vaccine, or other medical technology is higher in the U.S. than the median price charged in the seven largest economies that have a per capita income at least half the per capita income of the U.S.” That the law provides agencies no such authority went unnoticed. Perhaps that’s because the Committee didn’t ask DOD or anyone versed in Bayh-Dole for advice before it acted.

The bill will soon be considered by the full Senate and indications are that Sen. Bernie Sanders (I-VT) will offer an amendment making a bad idea much worse. Let’s hope the Senate carefully considers what’s being proposed. They should also examine the examples the proponents put forward to bolster the claim that American taxpayers are being ripped off by the current system. As we’ll see, these are false narratives but typical of the arguments used to attack the world’s most efficient technology transfer system. And no one has benefitted more from Bayh-Dole than those suffering the ravages of disease both here and around the world.

The Bayh-Dole Act uses the incentives of patent ownership and licensing to spur the development of federally funded R&D. By any objective standard it has been a success. Bayh-Dole only allows agencies to march in, requiring that additional licenses be issued, when the original licensee is not making good faith efforts to commercialize a technology, or if the licensee is unable to produce enough products to meet a national emergency. By requiring DOD to march in against successfully developed drugs, King’s language would force the agency to exercise an authority it does not have under the law, but at least the resulting chaos is limited to one department.

Sen. Bernie Sanders (I-VT) introduced legislation requiring every agency and non-profit entity to include a “reasonable pricing” provision based on King’s formula for any life science invention made with government support. Apparently the colossal failure of a similar requirement forced on the National Institutes of Health (NIH) in the 1990’s which led to the collapse of industry partnerships without any reduction in drug prices is either unknown, or made no impression on Sen. Sanders. Or perhaps like his trust in socialism, he thinks that what failed in the past will somehow work by some weird magic if trotted out again.

Senators King and Sanders cite two examples provided to them by the foes of Bayh-Dole to show the supposed failures of the current system. Let’s examine them. As explained in his press release, Sanders introduced his proposal “… after drug maker Sanofi Pasteur refused to agree to fair pricing on a Zika virus vaccine developed with over $1 billion in taxpayer dollars.”

Of course, the vaccine is not developed with taxpayer dollars– it’s not developed at all which is why the Army is desperately seeking a licensee. Sanders and the critics ignore another important fact: Sanofi is the only company expressing any interest in commercializing the vaccine based on an invention made at the Walter Reed Army Institute of Research. That should say volumes about the risks involved in its development. The vaccine will only be available to protect public health and our armed forces deployed in Zika prone areas if a company steps up to the plate.

The pending exclusive license between the Army and Sanofi brought howls of protest along with demands that the vaccine be licensed non-exclusively or that a reasonable pricing provision be forced into the agreement. Why the critics assume that companies would line up to take a non-exclusive license when only one company is even interested in an exclusive one is baffling.

Further, Sanofi has said it will have to back away if a “reasonable pricing” provision is part of the deal. So if the negotiation falls through because of Congressional pressure and the vaccine remains on the shelf, will the critics take the blame? Don’t hold your breath.

The next example is even worse. Sanders press release continues: “The Sanofi deal is not unique. The high-priced cancer drug Xtandi was developed at UCLA with taxpayer-funded research grants and support from the Army and the National Institutes of Health. UCLA licensed the drug to a small biotech company in San Francisco.”

This is simply wrong. Xtandi was not “developed” at UCLA with taxpayer funds. In a pending paper analyzing the story of Xtandi, Ashley Stevens who’s done seminal work on the role of public sector research in the discovery of drugs, estimates that Medivation, the “small San Francisco biotech” spent $423 million over 11 years developing Xtandi. Together with its partner Astellas about $900 million was spent on development in the U.S. That number doubles if the dollars they spent outside the U.S. are included.

Based on the grant information in UCLA’s patent filings, data in NIH’s Reporter database, and the Army’s Congressionally Directed Medical Research Programs (CDRMO) database, Stevens estimates that UCLA received approximately $1.3 million from NIH and the Army over the years on the research leading to Xtandi. However, two additional drugs now in advanced testing by major drug companies also resulted from the UCLA researchers’ work. Therefore, only $433,000 in federal funding should be attributed to Xtandi. With Medivation/Astellas’ investment of $1.8 billion, the companies funded 99.7% of the overall R&D for Xtandi and UCLA, through its federal funding provided 0.30%.

That hardly seems like a taxpayer rip off. Rather, a breakthrough prostate cancer drug is now available world-wide because the private sector was willing to make a substantial investment over more than a decade of hard work with no guarantee of success.

Like the Zika vaccine, UCLA had only one company, Medivation, interested in licensing Xtandi. What the critics always miss is that it’s a lot easier spotting a blockbuster drug after the sweat and treasure required for commercialization is done than when an early stage invention is sitting in the lab.

The genius of the Bayh-Dole system is that by relying on the incentives of the patent system, companies like Medivation are willing to undertake the risk and expense of development. And like Xtandi, another characteristic of our system is that these risk takers are more often than not small companies. While they think they are whacking big pharma, the real victims of Sen. King and Sanders proposal will be small companies. The other victims will be patients desperately in need of effective treatments to relieve their suffering that will instead gather dust in the lab– as happened before Bayh-Dole.

Approximately 70% of university licenses go to small companies and spinouts. These companies, like Medivation. are the source of about half of the drugs developed in the U.S. More than two new companies are formed around academic inventions every day of the year– most of them in the life sciences. As a result, the United States of America is far and away the biggest developer of medical breakthroughs. Let’s walk through a scenario of the impact if the King/Sanders provisions were in place.

Suppose you’re an entrepreneur who’s identified a promising invention at State U. and believe in its potential so much that you put your life’s savings and take out a second mortgage on your house to set up a new company. You enlist some prominent researchers to come in with you. Together you put together a development plan and approach the university for a license. You are the only company that’s interested, you seem to know what you’re talking about, have a good plan and you qualify for preferential treatment under Bayh-Dole as a small company. You get an exclusive license.

Your company does some initial research with its limited funds, the results are promising, so you approach a VC. The negotiation goes well and first round funding is almost within your grasp when they ask if there are any other factors they should know. You say: “Well, there is one. Since the invention was made with federal funds, the government will issue a compulsory license to our international competitors if our product is more expensive in the U.S. than the average cost in OECD countries.”

The VC looks startled, and says: “So how do we know what that average price will be?”

You reply: “We have to raise hundreds of millions, perhaps billions of dollars and spend the next decade in development and clearing the FDA regulatory procedures. Like any new drug there’s more than a 90% chance that we’ll fail. But if we’re successful and our drug is approved we’ll have to see how much foreign governments will agree pay for it in their controlled markets. That determines how much we can charge here. Otherwise the government will take it away from us, licensing other companies who haven’t risked anything so they can copy our product.”

So does a rational VC say: “Hey, that works for me, here’s a big check.” Or do they say: “Don’t let the door hit you on the way out– and never come back!”

While King and Sanders will kill life science start ups and guarantee that promising federally funded inventions waste away on the shelf, there is one big winner under their system: China.

China is targeting the life sciences and building up their university research system to compete with ours (including introducing Bayh-Dole incentives). Unlike our patent system which entrepreneurs are rightly reluctant to trust, China is strengthening theirs. They are aggressively recruiting U.S. drug and biotech companies to conduct their R&D there, promising more bang for the buck than they could get in the U.S. If forced to choose between accepting an undefined “reasonable pricing” clause that is only apparent after all of the risks of commercialization are taken, and shifting R&D alliances overseas where they are being lured by increased incentives, which way do you think they will go? Of course, later the Chinese will try and suck all of the knowhow and IP out of these companies to compete with us, but in the short run it looks like a good deal. Do you think that Senators King, Sanders and their allies will find Chinese drug developers sensitive to their ideas of fairness?

Much hangs in the balance when Congress returns next month and the DOD authorization bill with Sen. King’s language and a possible Sander’s amendment is considered. Let’s hope the other 98 Senators think long and hard about the consequences before they vote “Yea’ or “Nay.” There’s a lot riding on the outcome.