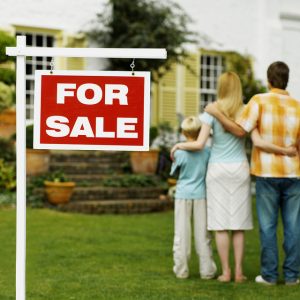 In late July, Seattle, WA-based real estate tech firm Redfin (NASDAQ:RDFN) went public after an initial public offering that exceeded expectations, reaching $15 per share and a total valuation of $138.5 million. The company offers a tech platform for real estate transactions available through its website and mobile app and relies on salaried employees instead of commission-based real estate agents. Between 2015 and 2016, revenues have surged by 43 percent from $187.3 million up to $267.2 million in 2016.

However, Redfin’s successful IPO comes under the shadow of a potential patent suit the company might face in the months to come. An amended Form S-1 filed by Redfin with the U.S. Securities and Exchange Commission (SEC) notes that on July 24th the company received a letter from counsel representing David Eraker, a co-founder of Redfin as well as a former CEO of the company.

“The letter asserts a variety of claims against us, Paul Goodrich, a director, and Madrona Venture Group, an investor, related to events prior to Mr. Eraker’s departure from Redfin in August 2006. Mr. Eraker released all claims against Redfin in connection with his departure. The letter focuses on allegations about the inventorship of one of Redfin’s patent applications that has not issued and does not cover our current products or services. The letter threatens litigation, but no complaint has been filed. We believe these claims have no merit. We will defend ourselves vigorously if Mr. Eraker sues us. However, litigation is uncertain and expensive, and any judgment or settlement could harm our business.” 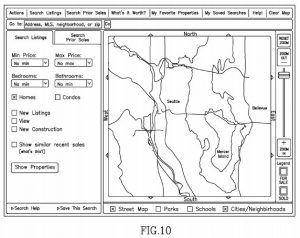 Eraker is listed as an inventor on multiple patents assigned to Redfin, which cover Internet-based real estate technologies. U.S. Patent No. 9576317, titled Collaborative System for Online Search and issued this February, claims computer storage media containing executable instructions for the computerized management of real estate transactions. The ‘317 patent lists Eraker as an inventor and is assigned to Redfin. Similarly, U.S. Patent No. 9105061, titled Online Marketplace for Real Estate Transactions, claims a method performed by a computer system communicating with at least one client computer which helps to facilitate online collaboration for real 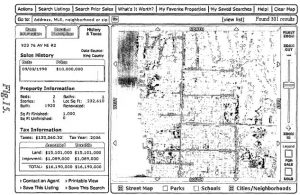 estate transactions. Issued in August 2015, it also lists Eraker as an inventor and is assigned to Redfin.

According to one media report, Eraker left his CEO position with Redfin back in 2006 to pursue interests outside of the real estate industry. In 2014, however, Eraker jumped back into the industry by founding another Seattle-based real estate startup, Surefield, a full-service brokerage service offering virtual tour technology which utilizes digital cameras and laser scanners to build a virtual model of a building for online tours.