Was America’s Industrial Revolution Based on Trade Secret Theft? 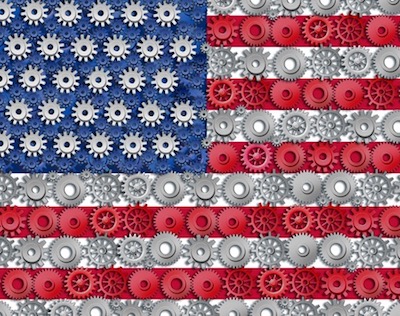 When I was in Geneva trying to engage developing countries about the value of robust IP laws, occasionally I heard a response like this: “What hypocrites you are! The U.S. economy got its start by stealing from abroad. Why should today’s poor nations be denied the same opportunity to catch up?” The argument stung enough that I thought I should check out the real story. Here’s what I found.

On an early September day in 1789, Samuel Slater, 21 years old, boarded a ship in London to begin a voyage to New York. His family didn’t know he was doing this. He presented himself as a simple laborer, a farm hand. He was lying. Hidden in his pocket were his only official papers, identifying him as a recently-released apprentice to a cotton mill.

Slater had been apprenticed seven years before to Jedediah Strutt, a friend of his father, who operated the Cromford Cotton Mill in Derbyshire. For textiles, Derbyshire was the Silicon Valley of its time. It employed Richard Arkwright’s transformational “water frame” technology of cotton spinning, allowing thread to be spun on dozens of spindles in a single operation. Young Slater had proven to be particularly adept at maintaining and adjusting the machinery, and showed great promise to his employer.

But Slater had two other important attributes: he was ambitious, and he had an extraordinarily good memory. Earlier in 1789 he had heard news that textile manufacturers in America were struggling. The young country was the leading supplier of cotton to the world, but that was in bales of raw material. The high-profit processing center was in England, where Arkwright had made a staggering fortune. But like other monopolies, this one was in imminent danger of disruption.

Most English businesses of the time protected their technology in the traditional way, through guilds and closely controlled apprenticeships where secrets of production could be reliably shared. But the government provided additional help to the textile industry. By 1774, fifteen years before Slater slipped out of the country, England had criminalized both the export of textile machinery and the emigration of textile mechanics. Slater, because he had been trained in the craft, committed a criminal act just by leaving the country.

Slater first came to New York, where he pulled out his apprenticeship papers and got hired at a textile plant. But when he reported for work he was disappointed to find that the machinery was hand-operated and used old technology. A few weeks later he learned that there was a manufacturer in Providence who had been trying, and failing, to replicate the English mechanized cotton-spinning factory. Slater wrote a letter offering his services, emphasizing his experience operating Arkwright’s water frame.

Moses Brown, the proprietor, decided to take a chance, and brought in Slater as a partner. Working only from recollection, making much of the necessary tooling himself, and experimenting with adjustments of his own invention, within a year Slater managed to create America’s first automated textile mill.

Slater’s factory was a huge success, and the technology spread rapidly. By 1815, within a 30-mile radius there were 140 mills operating over 130,000 spindles. This was the launch of the American textile industry, and arguably of the American industrial revolution, upending the client-server relationship between agricultural, extractive America and manufacturing England.

Samuel Slater is remembered well but variously. In the United States, Andrew Jackson dubbed him the “Father of American Manufactures.” In his hometown of Belper in Derbyshire, he is less fondly known as “Slater the Traitor.” (It also bears mention that Slater’s wife, Hannah Wilkinson Slater, became the first woman in America to receive a U.S. patent, covering her invention of cotton sewing thread.)

Is it reasonable to say that the U.S. got an unfair head start on the Industrial Revolution by stealing secrets from Britain? I don’t think so. Industrial espionage had been practiced in Europe throughout the 18th Century, with the British and French particularly active, even using diplomats to get access to valuable commercial information. Moreover, Britain, like some other European countries, frequently granted “patents of importation,” which didn’t require the applicant to be an inventor, if the invention was new within the country’s borders. In this way, governments regularly encouraged people to “steal” ideas from abroad and bring them home.

This opportunistic behavior by nations was seen as acceptable only because of the mercantilist attitude of the time, where national interest was all that mattered. It would be another hundred years before international treaties were established to guarantee respect for foreign intellectual property laws, creating the more integrated environment for IP that promotes global commerce today.

Looking back, we can’t really conclude whether Samuel Slater’s actions would have qualified as trade secret misappropriation under modern laws. We don’t know, for example, how much of his work that first year resulted from his skills and general knowledge about the physics of spinning cotton and about pre-existing mechanical techniques. All of that was his to use freely. And we don’t know to what extent the success of his mills was due to improvements that he came up with on his own.

But there may be a broader lesson to be drawn from the Slater story, one that resonates in the modern, information-based economy. Some scholars think that Massachusetts, near where Slater’s mills were established, lost the march to Silicon Valley because non-competition agreements were regularly enforced against employees there and in other Eastern states. Many of those employees decamped to California, where the law prohibits such restrictions. Undoubtedly some confidential information has been lost along the way. But consider the results. Perhaps we should look to Slater as demonstrating the universal economic value of labor mobility.