It is time to define the term ‘Abstract Idea’ 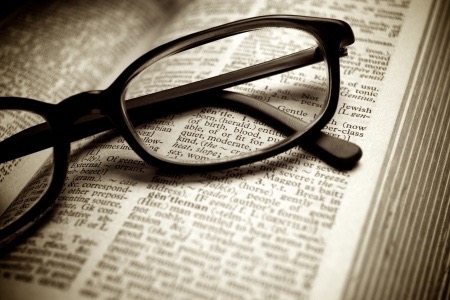 In its infinite wisdom, the Supreme Court has decreed that to determine whether a claimed invention contains patent eligible subject matter requires a more in-depth inquiry than the statute requires. 35 U.S.C. 101 says that a claim constitutes patent eligible subject matter if what is claimed is a machine, process, article of manufacture or compound. The Supreme Court has, however said there are three judicial exceptions to what is otherwise statutorily patent eligible – laws of nature, physical phenomena, and abstract ideas. The abstract idea exception is what applies to computer-implemented methods (i.e., software).

Is this some kind of petty turf war or schoolyard kerfuffle?

Clearly, the Supreme Court said in Alice v. CLS Bank that they did not need to define the term ‘abstract idea’ because they are wholly incapable of coming up with a suitable definition, and they seem to understand that fact. A reasonable, thoughtful, professional bunch would have realized that their unwillingness to define the term was a sign. They didn’t need to labor to define it, as they put it, because they are the Supreme Court. Incapable of thoughtful self-reflection, like a boss hopeless over his or her head, they spit some commands and ordered the rest of us to figure it out. They are, after all, the Supreme Court.

Are you kidding me? This isn’t a petty turf war or schoolyard kerfuffle. It seems more like a sketch comedy featuring the Monty Python players – patent edition. Why don’t we just tie a rope around the necks of the inventors and see if they float? Such an approach would be almost more enlightened than the hide the ball test we have now. At least we’d all know the rules!

The industry is collapsing all because no one in a black robe has the guts to define the critical term that is the core of a test that is whimsically applied in arbitrary and capricious fashion. And why? The test is whimsical, arbitrary, and capricious precisely because it is unpredictable and never repeatable. Of course, the reason it is unpredictable and never repeatable is because different judges and panel configurations apply it based on their own subjective views because no one has ever taken the time to define the key term; no one cares to even attempt to interject objectivity to what is a hopelessly subjective, unpredictable and arbitrary test.

To call all of this idiotic would be an insult to those things that are merely idiotic. You simply cannot have a test where the core concept used to evaluate is undefined. Such an undefined test ensures a lack of fair and equal treatment, and is the very type of subjective decision making that educated people laugh about when it takes place in far away third world countries. How is it possible that so many judges find it possible to apply a undefined standard without noticing the obvious unfairness?

As long as the term ‘abstract idea’ remains undefined equal application of the law will be both a theoretical and practical impossibility.