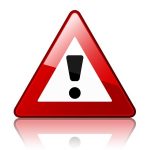 Yesterday IPWatchdog.com received a suspicious invoice from a vendor that we have never done business with by the name of WizAdwords.com. After investigating the matter on our end it seemed appropriate to provide this warning.

The Invoice, for what they claim is a “GoogleSEO Web Site” (shown below minus potentially identifiable information) says that our yearly subscription failed to auto renew. Not having any recollection of ever doing business with WizAdwords.com, alarm bells initially sounded.

The Invoice also claims that without paying WizAdwords.com our site – IPWatchdog.com – will not appear in Google searches. I know that there are certain search engines that require a yearly payment or you do not show up in their search results, but I never remember paying to be included in the Google search database. Furthermore, the awkward terminology regarding blocking seemed strange: “Avoid blocking your website in Google. 5 days left to block” (notice the double space and no period at the end, both of which appear in the actual Invoice). Thus, further alarm bells sounded.

Still further, although the Invoice claims that our yearly renewal failed, according to a WHOIS search performed using the website of the Internet Corporation for Assigned Names and Numbers (ICANN) the domain name WizAdwords.com was first registered on February 1, 2017. See screenshot.

It is a clever ploy to send a fake Invoice that claims billing auto renewal failed. Given the proliferation of identity theft related crimes, credit card numbers are revoked and reissued with increasing frequency. Many individuals and businesses will probably just assume this is a valid Invoice and make the payment without much consideration because, after all, being delisted or blocked from Google search can be crippling to any business.

Based on my investigation of the facts it is my opinion that the Invoice sent by WizAdwords.com is a scam. If anyone receives a similar Invoice I would encourage caution. At a minimum it is prudent to advise undertaking a similar investigation to determine whether any prior business relationship exists and whether payment is, in fact, due.