3D Printing for Consumers: What Does it Mean for the Future of IP?

There is concern that 3D printing could make it easy to copy a patented product with a push of a button. 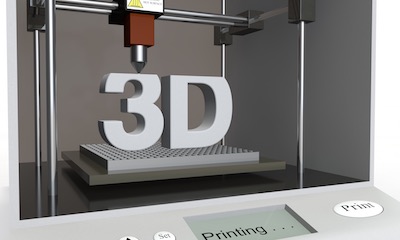 3D printing used to be a product design company’s domain, but it is quickly becoming an affordable technology. While 3D printing is still in its infancy, rights owners are acknowledging the threat.

Jia Li, Innovation Intelligence consultant at CPA Global, sat down with IPWatchdog recently to discuss how rights owners should respond to the threat of their intellectual property being reproduced without permission.

Speaking at a USPTO 3D Printing Conference in June 2016, Russell Slifer, Former Deputy Under Secretary of Commerce for IP and Deputy Director of the USPTO, explained that patent filings relating to 3D printing have increased 23-fold over the last five years, and trademark filings for businesses involved in 3D printing have increased 300 percent over the same time. Obviously, there is great excitement over the promise of 3D printing, but there is also concern about how 3D printing could make it too easy to copy a patented product with a push of a button.

With a 3D printer, someone can download a computer file, a computer-aided design (CAD) file, which instructs the printer to make a 3D object. CAD files are digital, so they can be shared across the internet on file-sharing services, just like movies and music. As digital media challenged the copyright system with rampant copyright infringement, the patent system likely will encounter widespread infringement of patented inventions through 3D printing, according to Li. Since 3D printing can be carried out anywhere that a 3D printer is located and the manufacturer is ultimately the end user, it is harder to prove infringement.

“To sue for infringement, the patent owner would need to be aware that someone is using a 3D printer to make the patented invention,” explained Li. “There is often no retrievable evidence of manufacturing or sales following the 3D printing of copied items. However, even if evidence of infringement was available, suing numerous infringers would be an expensive and tiresome task.”

Alternatively, patent owners could go after the people facilitating the infringement. The Patent Act permits a patent holder to sue parties who induce others to infringe. Potential inducers of patent infringement here could be the sellers of the 3D printers, someone providing CAD files of the patented device, or websites that sell CAD files that instruct the 3D printer to make the patented invention.

Customs authorities have faced the issue of counterfeiting for decades, however, 3D printing uses digital files so physical goods cannot necessarily be seized. A CAD file can be sent to anyone with a 3D printer and the recipient could instantly create counterfeit goods for their own sale. In addition to laws relating to copyright, design rights, trademarks, future legislation may be needed to address counterfeit items created by 3D printing.

So, what does 3D printing for consumers mean for the future of IP?

The commercialization of 3D printing will lead to a proliferation in the number of manufactures, which will make policing IP rights increasingly complex, according to Li. In fact, Gartner predicts that 3D printing will result in the global loss of at least $100 billion per year in intellectual property by 2018.

“The future of IP may be affected in the sense that different forms of IP will merge into one form. For example, copyright will merge with patent rights – or at the very least overlap with it – as it has become much easier to transform between tangible and intangible forms of products and ideas,” he said. “Before IP law is revised to reflect this change, it appears to be equally important for innovators to seek copyright protection in addition to patent protection for a new product.”

For example, in July 2015, the Wall Street Journal reported on the trend for hobbyists to create 3D printed objects based on Hollywood franchises such as Iron Man and Star Wars. The creations that were inspired by LucasFilm were then sold commercially and the hobbyists were asked to share design blueprints with a wider community. For the owners of big film franchises, this constitutes a threat to revenues. Patents often protect a manufacturing method for a new product, but according to Li, 3D printing could reproduce products while avoiding the patented method completely.

“Even if patent claims protect a new product, 3D printing technology makes it easier for people to modify and design around the protected product,” he said. “3D printing processes can overcome many of the difficulties and design limits that exist with traditional manufacturing methods.”

IP owners need to establish a robust portfolio of copyrightable files — such as design files — and idea maps that are essential to the products that they are trying to protect. Traditionally, it is more important to have patent claims that protect products, components of products, arrangements of products, etc. Future IP will weigh more heavily on ideas and designs, rather than methods, which will be increasingly become difficult to police. These files will serve as proof of an owners’ pre-established rights, and could prove to be a major profit-making source in the future. And while copyrights are susceptible to fair use claims in a way patents are not, copyrights last for an extremely long time (e.g., 70 years beyond the death of the author).

Li explained, “With 3D printing becoming increasingly popular and more consumers buying into the technology, IP owners should consider 3D printing techniques in future patent applications. If it is foreseeable to use 3D printing to manufacture a product, it would be beneficial to have patent claims that protect a 3D printing method for the product.”