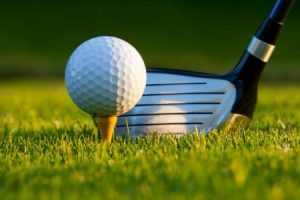 Tensions between Costco Wholesale Corporation (“Costco”) and Acushnet Holdings Corp. (“Acushnet”), maker of the Titleist golf ball, have risen since Costco escalated matters last Friday by filing suit seeking a declaratory judgment in an ongoing dispute between the corporate heavyweights. The most recent in the series of intensifying clashes is over Acushnet’s claims that Costco’s Kirkland Signature (“KS”) golf ball infringes on some eleven (11) Acushnet patents, and that Costco is engaged in false advertising holding the KS golf ball against the Titleist.

This controversy stems from Costco’s unprecedented sales of the KS golf ball, which follows the trend many tour balls like Titleist are taking in composition and benefits. While golf balls from these leading companies could run consumers more than $56 a dozen (such as the case with the TitleistPro V1), Costco sold its KS golf balls for a mere $15 a dozen. Costco’s surging sales combined with a low price point created a challenge for Acushnet, the company that holds the most U.S. patents for golf ball technology.

Through what Costco deemed a “threatening” letter, Acushnet made claims that the KS golf ball infringed several patents including the ball’s dimple coverage and core hardness. Using this letter as a warning of Acushnet’s intention to pursue the matter, Costco made the preemptive strike by filing for a declaratory judgment in the Western District of Washington. By filing this action, successful or not, Costco has made an important first step towards coming out victorious in the conflict: establishing a friendly forum for the litigation.

Costco’s reaction is not uncommon for intellectual property disputes, but it does highlight the importance of managing the direction of litigation even before a suit is filed. In this situation, because Acushnet’s demand letter to Costco was construed in a sufficiently “threatening” way, Costco could claim that it was placed in “reasonable apprehension of suit.” SanDisk Corp. v. STMicroelectronics, Inc., 480 F.3d 1372 (Fed. Cir. 2007). The letter served as the requisite affirmative act by Acushnet to establish that there was a substantial controversy between the two for being able to bring a suit for a declaratory judgment. In a general sense, Costco is now able to set the tone for the litigation and pressure Acushnet to prepare a case on Costco’s timeline. In addition to having the advantage of its choice in forum, Costco will be availed of other procedural benefits such as being the named plaintiff as opposed to a defendant, which is often a merely reactive position.

Acushnet’s actions are in line with its aggressive history protecting its intellectual property; Acushnet pursued a five-year battle with Callaway before eventually settling in mid-2012, and in 2015, it successfully shut down several smaller companies alleging various patent infringements. In this situation, Acushnet will likely be met with serious and competent resistance from Costco, a company whose success is built on its Kirkland branded products that compete with top brands across the full spectrum of its offerings.

Golf itself comprises a large market within the intellectual property community for a single sport; few other major sports have the variety and numerosity of patents that the golf industry has accumulated. Golf patents include everything from the balls, putters, drivers, shoes and spikes to the gloves. These patents encourage innovation and technological advances in a $70 billion annual industry that demands every slight advantage to increase player performance for hobbyists and professionals alike. Consequently, it should come as no surprise that major players like Acushnet would feel compelled to cut off Costco and other brands from offering products that could threaten the higher prices and claimed superiority of their patented tech.

It is still unclear how strong Costco’s case against Acushnet will be, and while Acushnet will eventually file its response with likely counterclaims, Costco has propped itself up to make to make an interesting challenge to Acushnet’s claims.

Andrew Rapacke is a registered patent attorney and serves as Managing Partner at The Rapacke Law Group, a full service intellectual property law firm. Andrew works with clients across a variety of [...see more]