Is It Really That Obvious? A Tale of Two Decisions 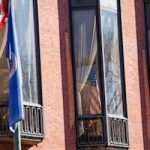 In Van Os, the Appellants appealed a decision from the Patent Trial and Appeal Board (PTAB) affirming the Examiner’s rejection of the claims of U.S. Patent Application No. 12/364,470 under § 103.  The court addressed the question of whether the PTAB properly held that the claims were obvious in light of prior art.  The court vacated and remanded.

The ’470 application relates to permitting rearrangement of an icon on a touchscreen via a touch on the icon of a longer duration than used to open an application via the icon (e.g., a touch and hold).  In this case, the PTAB relied on the Examiner’s analysis to hold that the claims were obvious based on two prior art references and stated that the claims “would have been ‘intuitive’” based on the prior art.

Briefly, the prior art cited by the Examiner included U.S. patent 7,231,229 (the Hawkins patent) and U.S. publication number 02/0191059 (the Gillespie publication).  The Hawkins patent taught a device with a touchscreen where an “Edit Favorites Button” could be used to configure and/or edit buttons displayed on the touchscreen, such as by rearranging the buttons or dragging a button from one position on the touchscreen to another.  The Gillespie publication taught activation of an icon via a sustained duration touch (e.g., a touch and hold).

The court held that the PTAB did not adequately support the conclusion of obviousness with reasoning and analysis.  Instead, the court held that the PTAB merely made a conclusory statement that it would have been intuitive for a skilled artisan to combine the Hawkins patent and the Gillespie publication to achieve the claimed invention in the ’470 application.  The court remanded the case to the PTAB for a determination as to why the claims of the ’470 application would have been intuitive based on the prior art.

Judge Newman agreed with the conclusion regarding the PTAB’s holding but disagreed with the remanding of the case.  Judge Newman stated that the Appellants should be entitled to a patent based on the PTAB not carrying its burden of showing unpatentability.

In Ethicon, the Appellant appealed a decision from the PTAB affirming, in a merged inter partes reexamination, the Examiner’s rejection of the claims of U.S. patent 7,591,844 (the ’844 patent) under § 103.  The court addressed the question of whether the PTAB properly affirmed the rejection of the claims of the ’844 patent under § 103.  The court affirmed.

The ’844 patent relates to an intraluminal medical device comprising a balloon-expandable stent with a pharmaceutical agent-containing coating.  The pharmaceutical agent-containing coating includes a biocompatible polyfluoro copolymer of about eighty-five weight percent vinylidinefluoride (VDF) copolymerized with about fifteen weight percent hexafluoropropylene (HFP).  In other words, the drug-containing coating of the ’844 patent comprises the copolymer VDF:HFP at an 85:15 weight percent ratio.  The coating was designed to remain “adhered to the device upon expansion of the balloon-expandable stent” (e.g., the coating was designed to have minimal cracking when the stent was expanded).

In rejecting the claims of the ’844 patent, the PTAB relied on U.S. Patent Nos. 5,824,048 (the Tuch patent), 4,816,339 (the Tu patent), and 3,178,399 (the Lo patent).  The Tuch patent relates to intravascular stents with a drug-containing coating and lists VDF, but not the copolymer VDF:HFP, as an example biostable polymer for such use.  The Tu patent relates to implantable medical devices (although not stents specifically) with VDF:HFP drug-containing coatings.  Specifically, VDF:HFP is the first listed copolymer in a list of possible copolymer coatings for intravascular medical devices disclosed in the TU patent.  The Lo patent discloses 85:15 as a weight percent ratio for a VDF:HFP coating that is “’advantageous’” for adhesion to a flexible surface (although the Lo patent does not disclose stents, or any type of medical device, as a possible application for this type of coating).

The court began its analysis with Tuch, stating that the PTAB made sufficient factual findings, supported by substantial evidence, with regard to the Tuch patent.  The court stated that the Tuch patent teaches a biocompatible polymer for stents, as claimed by the ’844 patent.  In addition, the court stated that the Tuch patent teaches that an elastic coating on stents is beneficial for drug delivery via a drug-containing coating on the stent (due to less cracking of the coating and therefore a more controlled delivery of the drug).

Specifically, with regard to the Lo patent, the court found no error with the PTAB’s reliance on the Lo patent, despite the Lo patent not teaching anything related to medical devices.  Although the Lo patent does not teach anything related to medical devices, the court concluded that the Lo patent is “‘reasonably pertinent’” to the same problem as the ’844 patent.  Citing In re Peterson, 315 F.3d 1325 (Fed. Cir. 2003), the court stated “[t]he normal desire of artisans to improve upon what is already generally known can provide the motivation to optimize variables such as the percentage of a known polymer for use in a known device” (citing that a person of ordinary skill is also a person of ordinary creativity).  Based on this the court concluded that the ’844 patent was obvious under § 103.  The court made other holdings with regard to the age of the Lo patent and objective indicia of non-obviousness offered by the Appellant.

In the dissent, Judge Newman disagreed with the notion that the references taught VDF:HFP as a drug-containing coating for vascular stents.  Judge Newman based this opinion, at least in part, on the fact that the Tuch patent only discloses VDF as a biostable polymer for stents and does not disclose the monomer HFP, or more specifically, the copolymer VDF:HFP, for use with stents.  Judge Newman stated that this omission could not serve as a basis for obviousness.  Judge Newman further disagreed with the use of the Tu patent to teach a VDF:HFP copolymer coating for stents because the Tu patent does not make any mention of the copolymer’s use with stents specifically, only other types of medical devices with different purposes.

In addition, Judge Newman disagreed with the application of the Lo patent because the uses of the VDF:HFP copolymer described in the Lo patent are in no way related to vascular stents, or other medical devices.  Instead, the Lo patent describes non-medical uses of the copolymer, such as boot coatings, electrical tape coatings, and helmet coatings.  Judge Newman then addressed the PTAB’s analysis of objective indicia of non-obviousness presented by the Appellants and disagreed with the majority’s holding.

These two cases raise several interesting questions, especially given that they were decided on the same day.

The decision in Van Os seems to be consistent with the court’s precedent and with the particular cases related to the amount of explanation needed for use of “common sense” to support an obviousness rejection.  Van Os was before Judges Newman, Moore, and Wallach.  The outcome that conclusory statements regarding common sense cannot support a finding of obviousness seems to be consistent with prior decisions from these judges.  For example, see Arendi S.A.R.L. v. Apple Inc., 832 F.3d 1355 (Fed. Cir. 2016) before Judges Moore, Linn, and O’Malley; Mintz v. Dietz & Watson, 679 F.3d 1372 (Fed. Cir. 2012) before Judges Rader, Newman, and Dyk; Perfect Web Techs Inc. v. InfoUSA Inc., 587 F.3d 1324 (Fed. Cir. 2009) before Judges Lourie, Dyk, and Wallach.

Another interesting set of questions related to Ethicon is based on the standard of review used in that case.  Could the outcome in Ethicon be explained based on the standard of review?  In Ethicon, the court reviewed the PTAB’s legal determinations de novo and reviewed the PTAB’s factual findings for substantial evidence.  Contrast the outcome in this case with that of Apple v. Samsung, Nos. 2015-1171, 2015-1195, 2015-1994 (Fed. Cir. 2016) (Apple), which employed the same standard to review an obvious determination made by a jury at the district court level.  In Apple, the court agreed with the district court that someone designing a mobile phone with a slider toggle would not turn their attention to a wall-mounted air conditioner controller to solve the problem of pocket dialing.  This seems to be a narrow view of the problem addressed by the invention in that case.  Had the PTAB in Ethicon taken a narrower view of the problem addressed by the invention at issue, similar to the seemingly narrow problem identified in Apple, would the PTAB and/or the court in Ethicon have come out differently given the standard of review?  What makes Apple even more interesting is that Judges Newman and Lourie joined the opinion in that case, with Judge Dyk dissenting.  Could this outcome be explained by Judge Newman tending to take a narrower view of the field of endeavor/problem in patent cases, while Judge Dyk tending to take a broader view?

As you can see these two cases raise many interesting questions with regard to obviousness under § 103.  This all begs the question – is it really that obvious?

William Gvoth is a patent attorney with Harrity & Harrity specializing in patent preparation and prosecution before the United States Patent and Trademark Office. He has represented various clients in a wide [...see more]