Trade Secrets Directive: Its effect and the impact of Brexit 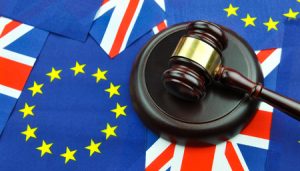 It’s no surprise, therefore, that the ways in which trade secrets are defined and treated varies considerably between the EU’s member states. For example, in Denmark, trade secrets have a clear statutory definition and protection regime. In the UK, definitions and forms of protection have been developed over time through judge-made decisions and not by parliament meaning that there is always a possibility of further evolution. In Belgium it is not clear what exactly a trade secret is at all!

These inconsistencies make it tricky for companies to do business in the EU. If they can’t always be certain about whether or how their key information will be protected, it becomes difficult to formulate and adopt appropriate strategies to protect the secrecy of information which is fundamental to the operation of their businesses.

What is the Trade Secrets Directive (the Directive)?

Somewhat belatedly, the EU has recognized the problems posed and, in order to address them, it has taken the step of harmonizing and upgrading the existing legal landscape by passing the Trade Secrets Directive. The objective, in theory at least, is to ensure that by 9 June 2018 – the date on which member states have to implement the Directive – the same business secret will be afforded the same (or a broadly similar) level of protection throughout the EU.

Most importantly, where information meets the following requirements, it will be categorized as a trade secret everywhere in the EU:

The extent to which the introduction of the Directive will herald a change in the current law will of course depend on the nature of the existing law in a given member state – in some places the changes will be more dramatic than others. It is of note, and perhaps no coincidence, that the above definition is fairly close to that contained in the US’s Uniform Trade Secrets Act (adopted in most states) which should mean that US companies will find themselves in comfortably familiar territory when tasked with dealing with trade secrets across the pond in the future.

The requirement that should really stand out to businesses is the third limb of the test: that a company must show that it took reasonable steps to keep the information in question secret. That represents a big change in many places. If a company wishes to be provided with protection by the courts, it will in the future have to prove not only that the information is of a nature which means it is deserving of secret status but also that the company has always treated that information as if it really is secret.

In view of this requirement, in order to maximize the chances that they will be able to gain the protection of the courts should they need it in the future, companies should start to evaluate and categorize the information which is essential to their businesses.

The first thing to do is to identify all important information and then to determine which parts are actually confidential and deserving of “trade secret” status as defined by the Directive. Once the information has been categorized, companies can ensure that they put in place safeguards to ensure that secret information is treated accordingly.

Examples of steps to take include: making secret information available only to those who really need it to do their jobs; password protecting relevant files; marking files as confidential; and putting in place written policies which explain to staff why it is important to ensure confidentiality and how that can be achieved and maintained.

By taking such action, companies will go a long way towards meeting the requirements of the third limb of the test.

How does the Directive Change things in the UK?

It is noteworthy that the UK currently offers a well-developed and relatively sophisticated framework for the handling of trade secrets albeit one which has not been developed by parliament. However, it is not without its problems, which include, in particular, the basis for actually defining trade secrets in the first place. To this end, the Directive is likely to prove helpful in that it will codify and clarify aspects of the existing law without fundamentally altering the legal landscape and categories of protection available to companies.

Importantly, as is the case in other countries, the Directive will introduce the requirement described above that companies take demonstrable steps to keep trade secrets secret.

Britain has voted to leave the EU and the British government has indicated that it intends formally to trigger Brexit in March 2017. Once it does so, Britain should in theory be out of the EU two years later. That means that Britain will still be a member state as at deadline day – 9 June 2018 – and therefore Britain has a legal obligation to implement the Directive. On the face of it therefore, Brexit should not have an immediate impact on the Directive.

Legal obligation or not, Britain will be rather busy (to put it mildly) with the legal headache which will result from Brexit and it simply may not care whether, technically-speaking, it has acted in breach of EU law by failing to implement the Directive; what would be the ramification if it is going to be out of the club a year later?

That said, even if Britain might not concern itself too much with its legal obligation to implement the Directive, it knows that it needs to do business in a competitive world in which its future is unclear. Now more than ever before it should want to show companies that it is a good, safe and predictable place in which to do business and a location in which innovation is encouraged and safeguarded. When you consider those issues, you could be forgiven for asking why Britain would not want to implement the Directive.

If Britain is seen by companies as a place which has a different protection regime to everywhere else in Europe and is therefore somewhere it will be a hassle to do business, it may deter investment. For that reason, our bet is that Britain will enact the Directive or something which is pretty close to it.

We will of course have to “watch this space” but it would be a big surprise if Britain were to decide to take a radically different course to the EU on this one.

James Froud is a partner with Bird & Bird’s International HR Services Group, based in London. His experience of working in house gives him a strong understanding of the client perspective. James [...see more]

David Samuels is a member of Bird & Bird’s Employment Group. He works on all aspects of employment law, both contentious and non-contentious. David’s recent client work has included: Defending an employer [...see more]