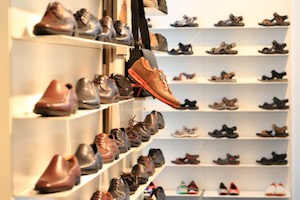 “Shoes on the Shelf at the Shoe Store” by Public Domain. Public domain.

The global footwear market is very large and is fueled by consumer demand for many styles and particular needs of those in cold weather or work environments, for example. A recent monthly shoe sales report released by the Footwear Distributors and Retailers of America (FDRA) shows that U.S. shoe sellers earned seasonally-adjusted revenues of $2.867 billion this April alone. Through 2015, the U.S. market for athletic footwear grew by 8 percent to $17.2 billion in revenues according to data published by global information company NPD Group. The United States is only the second-largest footwear market in the world behind China, where 3.8 billion pairs of shoes were purchased by consumers in 2015 according to online statistics portal Statista.

That last number comes from a press release announcing a third beta phase for a digital shoe shopping platform being developed by Fitfully of Tel Aviv, Israel. Fitfully has developed a Virtual Fit-as-a-Service (VFaaS) cloud platform which is designed to determine a precise fit for a shoe through an electronic device, hopefully encouraging consumers who may be wary of buying shoes without trying them on first.

According to Fitfully CEO and co-founder Batia Mach Shepard, the company has been working to develop the underlying technology for two and a half years. Once the service is fully released, consumers will be able to download a Fitfully app to either an iOS or Android mobile device. “All you need is a sock, a newspaper, credit/store card and using the mobile app, move your device around the foot in 360 degrees and that’s it,” Shepard said. 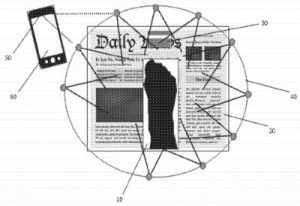 Fitfully has filed at least one patent application which has been published by the World Intellectual Property Organization (WIPO) as W.O. Patent Application No. 2016051416, titled System and Method of 3D Modeling and Virtual Fitting of 3D Objects. It discloses a method of virtual fitting a foot with a shoe by obtaining 3D model data associated with a foot, obtaining data of a second 3D model associated with a shoe and aligning point clouds derived from the 3D models of the foot and shoe. “Our proprietary technology is based on a long period of research in understanding the footwear market as a whole,” Shepard said, adding that this included manufacturing processes, methodologies for fitting shoes and bone movement.

Shepard said that once data for a 3D model of a foot is obtained by the device, it is stored on servers which are embedded into Fitfully’s retailer platform. Retailers can then use the 3D model data to precisely fit a shoe to a consumer before shipping. Shepard said that the service is currently being tested by major footwear brands such as Nike, Adidas and Royer.