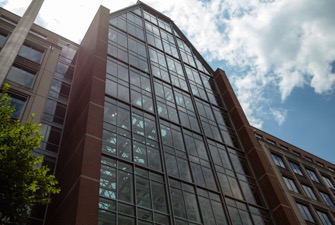 Each of these patents, with the exception of the ‘191 patent, were previously challenged by Apotex Corporation in IPRs filed on June 4, 2015. The Apotex IPRs were settled on December 16, 2015, prior to any decision on institution. See e.g. Judgment Termination of Proceeding, IPR2015-01283.

In a press release issued by Allergan the company explained they were understandably disappointed in the PTAB decision and were weighing their options. The substance of the brief press release read:

Allergan is dissapointed (sic) in the PTAB’s decision to institute IPR proceedings regarding the patents that protect RESTASIS®.  Allergan is currently reviewing the grounds for the decision to institute, and will continue to vigorously defend the patents in the IPR proceeding and pursue all legal options available to protect its products and intellectual property rights for this product.

Each of the challenged patents share a common specification, originally being filed as a nonprovisional patent application Ser. No. 10/927,857, filed on August 27, 2004, which claimed priority to a provisional patent application Serial No. 60/503,137, which was filed on September 15, 2003. The panel that instituted these IPRs will, therefore, be able to essentially review a single patent while they are able to receive six times the credit in terms of work production. For this reason it has been said by those familiar with PTAB incentives that it is far more likely IPR challenges will be instituted when multiple challenges are being brought against the same patent, or at least against patents that share a common specification. The panel that decided to institute these IPRs will ultimately decide the outcome of these IPRs as well.

A perverse incentive to initiate related IPRS exists thanks to the fact that the same panel will hear the challenge on the merits and that they will essentially receive six times the work credit for deciding these related challenges.

The institution decisions in each of the IPR challenges are below: