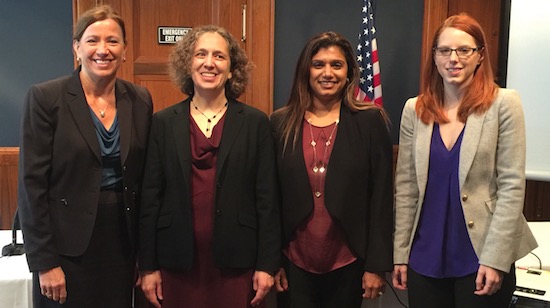 On Thursday, December 1, I attended the Innovation Alliance’s panel on Closing the Patent Gender Gap: How Increasing the Number of Women Patent Holders Can Spur U.S. Innovation and Grow the Economy.  The panel, which was moderated by the Licensing Manager for the Wisconsin Alumni Research Foundation, Jennifer Gottwald, Ph.D discussed the recent findings of the Institute for Women’s Policy Research and their report on Equity in Innovation: Women Inventors and Patents that was released on November 29, 2016. 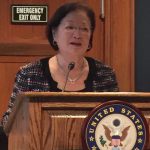 The panel included the the VP and Executive Director of the Institute on Women’s Policy Research, Barbara Gault, Ph.D, the Study Director for the Institute on Women’s Policy Research, Jessica Milli, Ph.D, the Director of the Innovation Hub at the University of Florida, Jane Muir, and the Managing Director of Fortress Investment Group, Ami Patel Shah.  In addition, Senator Mazie Hirono (D-HI) made an appearance and spoke on the topic as well. 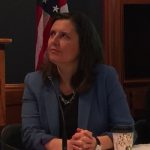 The report was put together by Jessica Milli, Ph.D., Emma Williams-Baron, Meika Berlan, Jenny Xia and Barbara Gault, Ph.D and included a compilation of existing data from the USPTO on women and patents.  It explored how women are underrepresented among patent holders as well as their relative success in being granted patents when they do apply for them.  The report also looks at the types of patents typically granted to women, such as the technology classes and also identifies some of the major obstacles women face in patenting.

Unfortunately there are huge gaps in the data on the patenting activity of women, and especially women of color, as the patent office does not include gender, ethnicity or race of inventors among the information they seek when an inventor files for patent protection.  In order to determine percentages of women inventors, the USPTO uses name matching software to determine how many inventors are male verses female.  However, due to the many languages that are represented among patent applicants, this type of data mining can be inaccurate, to say the least.

Researchers looked at data from 1977 through 2010 and found that women are grossly underrepresented with fewer than 20 percent of all patents having at least one woman inventor.  The following graph shows the share of patents, from 1977 to 2010, with women listed as one or more of the inventors.  Women were listed as inventors on only 18.8 percent of all patents filed within that 43 year time span.  Of those, only 7.7 percent listed women as the primary inventor. 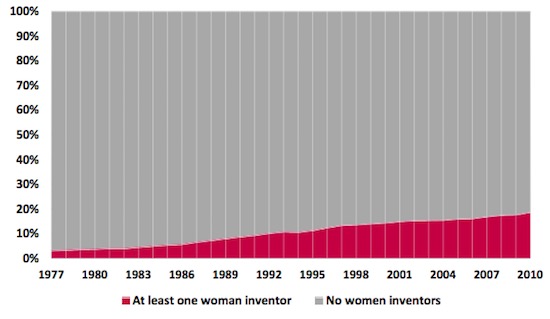 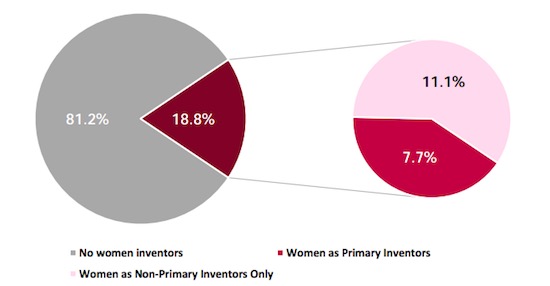 What was interesting about the data was that not only are women underrepresented in the number of patents they file, but the type of patents they file are primarily within patent technologies typically associated with traditional female roles such as jewelry and apparel. 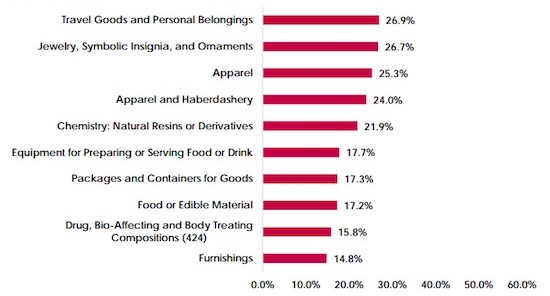 Top 10 Patent Classes by Share with a Woman as the Primary Inventor, 2010 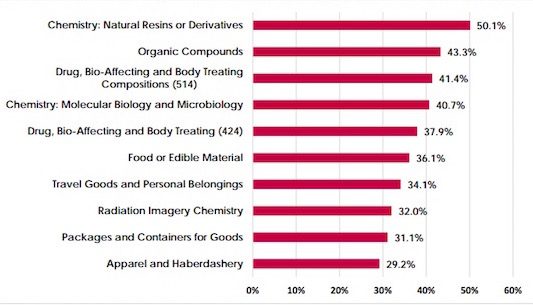 Top 10 Patent Classes by Share with any Women Inventors, 2010

In addition. the study shows that there are far fewer woman patenting in STEM technologies than there are men. 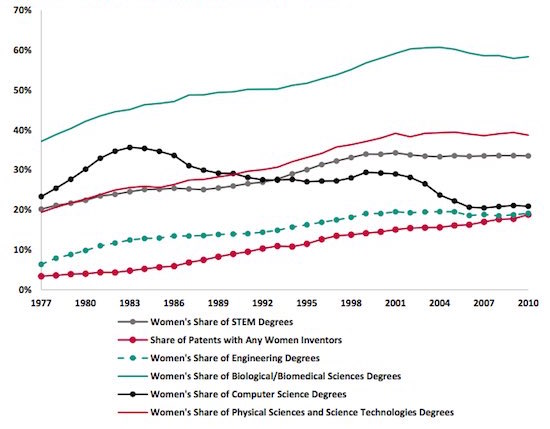 Share of Patents with at Least One Female Inventor and Share of STEM Degrees Awarded to Women, 1977-2010.

Why Women Patenting Is So Important

Most inventors come up with their inventions as a means to solving a problem they face or affected by in their every day lives.  Given that majority of inventors are men, they design their inventions with men in mind, ensuring that many women’s issues are not being accurately represented.

Jessica Milli discussed how woman are far more likely to get injured in car crashes than are men.  Over the years, majority of all Crash Test Dummies have been male dummies.  This may not seem like it matters, but in testing these male dummies, which, to mimic real life scenarios, are taller, larger, and heavier than most female crash test dummies (and the women they represent), they do not take into account that women tend to sit more forward and do not have the same protections within a car, such as the bar between the front and back seat doors) that males often do.

Jane Muir told us that the inventor of Knee Replacements created this invention to suit males such as himself.  However, the knee caps of women are physically different and as a result, have to have be adjusted (such as sawing off pieces) during surgery to ensure an accurate fit on women.

Number of Patent Applications and Acceptance Rates by Gender of Applicant, 2000-2016

Will There Be Patent Gender Equality Anytime Soon?

Although women represent half of the American population, as mentioned above, women are grossly underrepresented with less than 20% of all patents showing women as one of the inventors.

The data does show a positive trend in the number of women patent holders, which have more than quintupled from 3.4% in 1977, to 18.8% in 2010.  However, at this rate, projections are that it won’t be until 2092 until there is equality in gender representation in patents.