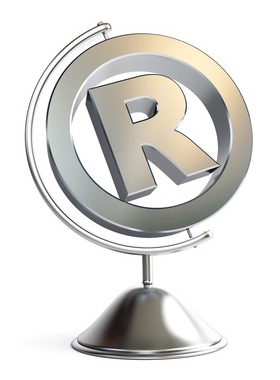 The Trademark Trial and Appeal Board (TTAB or the Board) Rules of Practice will change on January 14, 2017.  The new rules will be applicable to all inter partes (oppositions, cancellations, concurrent use) and ex parte appeal proceedings, including those pending on January 14, 2017.

The changes are generally not much of a surprise.  Chief Judge Rogers has telegraphed that changes were coming since at least the summer of 2015.  Many of the changes were heralded in TTAB prior decisions but are only now being formally incorporated into Title 37 of the Code of Federal Regulations.  And the amendments are aimed at consistency with the Federal Rules of Civil Procedure (FRCP).

The main changes to be aware of are outlined below:

Perhaps the most significant scheduling change is the new requirement that discovery must be served early enough so that responses will be provided and all discovery will be completed by the close of discovery.  This deadline is common in federal court proceedings.  But it puts an end to the practice in TTAB Proceedings of parties waiting until the last day of discovery, and then serving substantial discovery requests.

Additionally, the deadline for filing motions to compel discovery is now prior to the deadline for the plaintiff’s pretrial disclosures.  Under the current, and soon-to-be old rules, motions to compel could be filed up to the day before trial.  In presentations on the new rules, Judge Kuhlke has emphasized that an important goal of these new rules is to minimize surprises on the eve of trial.  The Board saw that these late motions caused too many delays and too much uncertainty in the proceedings.  In keeping with this goal, motions for summary judgment will also need to be filed prior to the plaintiff’s pretrial disclosure deadline.  From an attorney standpoint, this means discussing and planning for discovery and dispositive motions earlier in the case and, potentially, increasing the likelihood that cases will settle earlier in the process.

One trial procedure amendment may be a significant change.  Under the new rules, parties can submit witness testimony by affidavit alone.  Previously, witness testimony had to be taken by live deposition.  Since TTAB testimony occurs outside the presence of a judge or jury, direct testimony was often an overly scripted affair.  Now that same script is provided in an affidavit instead of having to do live testimony.  Under the new rules, an in-person deposition is only necessary if the opposing party demands it to cross examine the affidavit.

This change will likely lead to parties submitting more evidence at trial since it will be much easier to submit evidence by affidavit compared to live testimony.  This additional evidence can increase the cost and length of trial.  The change may also put a greater burden on the defendants—especially where a plaintiff produces affidavits from multiple witnesses.  Previously, the onus was on the plaintiff to prepare and present the witness for live testimony in support of its evidence.  The plaintiff was more likely to narrow the number of witnesses to minimize the burden and expense of live testimony.  But, under the new rules it is easier for plaintiffs to authenticate disparate pieces of evidence through multiple witnesses, rather than going through the time and expense of presenting live testimony from additional, otherwise unnecessary, witnesses.  Now, the onus is on the defendant to decide which of the plaintiff’s witnesses is important enough to cross examine.

It is also interesting to note that removing the live testimony requirement is one way the Board will make its proceedings less like federal court proceedings.  This move runs counter to the reasoning in the 2015 Supreme Court decision in B&B Hardware, Inc. v. Hargis Industries, Inc., which held that issue preclusion may apply when litigating a matter in district court that was previously adjudicated by TTAB, primarily because TTAB and federal court proceedings share similarities, including live testimony.

Many of the new rules have to do with adopting procedures facilitating electronic filings and communication.  The new rules require all filings be made electronically, through ESTTA (Electronic System for Trademark Trials and Appeals).  This includes the notice of opposition, answer, and all other filings.  This change largely solidifies already standard practice for most attorneys.

Under the current rules, the plaintiff is required to serve the complaint on the defendant.  The new rules now shift the responsibility of service to the Board.  But, in keeping with the theme of facilitating electronic communication, the Board will serve the complaint on the defendant as a link to the TTAB’s electronic case file system, known as the Trademark Trial and Appeal Board Inquiry System (TTABVUE).

The new rules also require service by email between the parties for all TTAB filings and any other papers served on a party, such as disclosures and discovery.  This change should also align with already accepted practice by most attorneys, and will save the extra step of stipulating to service by email.

An additional change to case scheduling provides that proceedings will be suspended upon filing of potentially dispositive motions.  The new rules clarify that the Board’s standard protective order is automatically applicable in all inter partes proceedings.

Most of these changes should accelerate proceedings, which would meet the TTAB’s goal of making TTAB proceedings more cost effective and efficient.  But the new rules could also increase the costs for parties by pushing deadlines and more work to earlier in the case—before the parties are able to reach a settlement or resolve the case with motion practice.  These accelerated deadlines could also lead to parties being less likely to invest the time in settlement when they are working on and have already expended substantial costs on the substantive issues of the case.  Alternatively, as judges often say, nothing pushes a case to settlement faster than a deadline.  Parties could now be even further incentivized to settle early and often to avoid additional costs.  It will be an interesting period of adjustment as the Board and attorneys implement the new rules.

Emily Gische is an Associate of Intellectual Property at Fenwick & West, LLP. She focuses her practice on a broad variety of trademark matters to support clients in various technology fields, including [...see more]