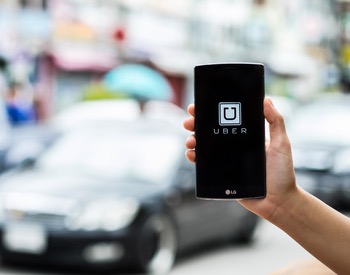 Uber has received a lot of attention recently after it announced in August its partnership with Volvo to release self-driving cars in downtown Pittsburgh.[1] However, in the midst of this project, Uber continues to seek patent protection on its core technology, its ability to deliver a driver to customers at the touch of a button. This article seeks to evaluate Uber’s current patent status as well as dive into the history of its patent filings.

Three of the patents that Uber had originally filed [‘096 patent, ‘276 patent, ‘929 patent (Track 1 Option Purchased)] were filed and a Notice of Allowance was promptly issued without any rejections. Of the remaining issued patents not originally filed by Uber, it appears as though the majority of patents have a lengthy prosecution history, where Microsoft or deCarta filed, in some instances, multiple requests for Continued Examination and Appeals [see U.S. Patent No. 9,412,199; U.S. Patent No. 9,304,008; and U.S. Patent No. 9,165,074]. Once the patents were assigned to Uber, the claims appear to be amended and a Notice of Allowance is then issued.

Currently, Uber is listed as the assignee of only 14 issued patents, as almost every patent and patent application owned by Uber has been transferred as a security interest to either Goldman Sachs or Morgan Stanley. In July 2016, Uber raised $1.15 billion from a new high-yield loan. The loan was arranged by Morgan Stanley, Barclays, Citigroup and Goldman Sachs Group.[3] This loan comes soon after Uber received $3.5 billion investment from Saudi Arabia’s sovereign-wealth fund. This influx of capital appears to be fueling Uber’s global expansion and interest in self-driving cars and Uber has put up a large portion of its patent portfolio as security.

Of Uber’s 53 pending patent applications, 26 applications have yet to be examined. Of the remaining 27 patent applications, Uber has received 10 final rejections. However, Uber continues to fight for its intellectual property by rigorously defending its patents through the use of continued examination and appeals. Uber currently has filed at least 6 Requests for Continuing Applications and is involved in at least 4 Appeals. In at least 3 patent applications, Uber has filed multiple RCEs and Appeals, in order to defend its intellectual property. U.S. Patent Application No. 13/830,224 discloses a method for generating promotions for a sale using a map interface. This patent application describes a method wherein a promoter is enabled to identify a geographic region in which the promotion can be used by customers. If Uber is able to obtain this patent, it would be the only ride sharing app that would be enabled to allow promoters to reach its customers while using the app. In facing a §101 non-final and final rejection, Uber had filed an RCE. When that was not successful, Uber appealed the examiner’s decision, which is currently underway.

1. A method for determining a location relating to a transport service on a computing device, the method being performed by one or more processors and comprising:

determining one or more locations of interest within at least one of the pick-up or the drop-off region;

comparing the at last one of the pick-up region or the drop-off region with one or more historical locations related to the user; and

determining a likely location based on the determined one or more locations of interest and the one or more historical locations.

After receiving a §101 non-final and final rejection, Uber had filed an RCE, which also received a non-final and final §101 rejection. Uber is continuing to pursue this patent application by filing another RCE, of which it has recently received another non-final rejection. Uber appears to be especially interested in a patent on this invention, as, if successful, Uber would be able to prevent its competitors from utilize the fundamental idea of a taxi-calling app. However, as the prosecution history for this patent application reveals, it appears as though Uber will be unlikely in receiving its patent.

Since the Supreme Court’s decisions in Mayo Collaborative Services v. Prometheus Laboratories (2012) and Alice Corp. v. CLS Bank Int’l (2014), patent practitioners have struggled in overcoming the newly imposed hurdle of patent eligibility. Uber is no stranger to this struggle. Of the 53 patent applications that Uber has filed since 2012, 27 of these applications have been examined, wherein Uber has received 13 final rejections based on §101. Uber has fought against many of the §101 rejections, as mentioned previously in this article. However, Uber has thus far been unsuccessful in most of its attempts.

In the ‘658 patent application, the patent examiner held that the claims 1-8 described an abstract idea and is therefore ineligible subject matter under §101. The examiner’s reasoning followed the rationale of Bilski, holding that in order to qualify as a statutory process under §101, a claim may positively recite the machine to which it is tied or positively recite the subject matter that is being transformed. After the filing of its first RCE, Uber received a non-final §101 rejection, this time following the Alice rationale. The examiner again found that the claims are not significantly more than an abstract idea and that it requires no more than a general purpose computer to perform generic computer functions that are well-understood in the art of fleet management systems. Uber responded to this rejection by citing to numerous examples of abstract ideas in MPEP 2106, claiming that none of the examples provided are applicable to Uber’s claims. However, this argument was unsuccessful wherein the examiner continued to assert that the claims were directed to an abstract idea. The examiner explained that the claims here include limitations that describe concepts relating to managing transaction between people, which is insufficient to supply an inventive concept under §101.

Although Uber has mostly been unsuccessful in its attempts to overcome §101 rejections, it was successful in U.S. Application No. 12/961,493. This application is directed to a system and method for enabling transportation to be arranged for individuals carrying handsets or mobile devices. This application also appears to be fundamental to Uber’s business model. In the first non-final rejection, issued in 2012, the patent examiner rejected claims 1-13 as directed to an abstract idea. Claim 1 is included below.

A computer implemented method for arranging transport amongst parties located at different locations, the method being implemented by one or more processors and comprising the steps of:

enabling a customer at a first geographic location to make a request for transport;

from a pool of candidate respondents, selecting a driver at a second geographic location;

communicating the first geographic location to the driver; and

communicating, to the customer, a location of the driver as the vehicle progresses to and/or arrives at the first geographic location.

The examiner applied the machine-or-transformation test, finding that none of the steps described in the patent application explicitly or inherently are performed using a particular machine in a way that imposes a meaningful limit on the scope of the claims, thus failing the “machine” prong. Also, the request for transport by the customer and the geographic location of driver provided by the claimed invention did not represent physical and tangible objects such to satisfy the “transformation” prong. In response to the non-final §101 rejection, Uber argued that the elements of the claim are tied to a particular machine. Uber gave the examples that Claim 1 recites “communicating an invitation to a corresponding device of the driver,” and further recites “communication, to the customer handset, a location of the driver,” and Claim 1 identifies the “machine or apparatus that accomplishes the method steps,” by reciting that the method is “implemented by one or more processors.” In the final rejection, the examiner accepted these arguments with no explanation and withdrew the §101 rejections.

The Future of Uber’s Patent Portfolio

With the increase of available capital from various loans and investments, discussed previously, it is expected that Uber will invest this money into its global expansion and pursuit to be a leader of driverless cars. Although the majority of Uber’s patents relate to its app, Uber is currently listed as the assignee of a patent application related to its expansion into driverless cars. U.S. Patent Application No. 14/777,427 discloses methods, systems, and apparatus for multi-sensory stereo vision for robotics. This patent application relates to stereo vision sensors suitable for use in robotics, navigation, machine vision, manufacturing and other applications. Claim 1 of the application is included below.

A system for estimating a position of at least one object in an environment, the system comprising:

a first imager to acquire at least two reference images of the environment from a first perspective;

a second imager to acquire at least two comparative images of the environment from a second perspective; and

a processor, operably coupled to the first imager and the second imager, to:

(iii) determine a first position estimate of the position of the at least one object based at least in part on the first disparity map; and

(iv) determine a second position estimate of the position of the at least one object based at least in part on the second disparity map.

It wouldn’t be surprising to see more patent filings relating to robotics and driverless cars coming from Uber in the future. However, given Uber’s history of defensive patent prosecution, it can also be anticipated that the ride-sharing giant will continue to file for and defend patent applications relating to its core technology.