On Wednesday, August 31st, American water treatment company Purolite of Bala Cynwyd, PA, filed a complaint over misappropriated trade secrets against the American division of Japanese conglomerate Hitachi (TYO:6501). Purolite alleges that Hitachi broke business agreements by sharing Purolite’s confidential trade secrets related to the decontamination of water including radioactive waste with other companies in the hopes of securing a major contract. Purolite filed its lawsuit in the U.S. District Court for the Southern District of New York (S.D.N.Y.).

The allegations surround technologies developed by Purolite for the remediation of the disaster site caused by the nuclear disaster at Fukushima Daiichi in March 2011. The Fukushima Daiichi plant suffered damage from both an earthquake and a subsequent tsunami which caused the facility’s cooling system to shut down. The plant continues to contaminate both groundwater and water used to cool the nuclear reactors.

As Purolite’s suit notes, there are a few factors which make the cleanup of the Fukushima site much different than other decontamination jobs, such as regular water treatments at other nuclear power plants. A large amount of saltwater exists at the Fukushima plant and the salt can affect how radioactive materials can be filtered out of the water. The presence of more than 60 types of radionuclides, or atoms with excess nuclear energy, is much higher than the number of radionuclide types generated in water at other plants. The amount of water to be treated for radioactive waste removal is also the largest amount in history.

Soon after the nuclear disaster, Purolite began work on creating a core technology which is comprised of a multi-nuclide removal system. Purolite’s water decontamination systems make use of ion-exchange resins produced in the form of tiny beads which can trap radioactive ions in a liquid phase for their removal. In the research and development process, Purolite worked with a range of ion-exchange resins, adsorbents, adsorbent tower groups and vessels and created a water treatment system designed to reduce 62 of the 63 radionuclides present in the Fukushima water to the non-detect level without using desalination techniques. As Purolite’s complaint notes, no nuclear cleanup in history has been able to bring radionuclide levels down to the non-detect level.

In October 2011, Purolite entered into a confidential business agreement with Hitachi-GE Nuclear Energy (HGNE), a joint venture between Hitachi and American conglomerate General Electric (NYSE:GE) to develop nuclear power services. Purolite was to provide water treatment expertise to HGNE, which operates power plants but did not have the adequate treatment expertise, to form a joint venture for obtaining contract work at the Fukushima site. Agreements signed between the two companies by the end of 2011 prohibited HGNE from disseminating Purolite’s trade secrets for a period of 10 years. Under terms of the agreement, Purolite was barred from selling its core technology to other partners and HGNE was prohibited from purchasing equipment or solutions similar to Purolite’s technologies.

Purolite and HGNE put together a joint proposal which was submitted in early February 2012 to TEPCO, the Japanese electric utility company responsible for decommissioning Fukushima and completing the cleanup of radioactive material. That bid was rejected by TEPCO that same month and Purolite alleges that HGNE abandoned Purolite as a partner and began working with other companies to develop less expensive alternative water treatment processes based on Purolite’s core technology.

Purolite’s suit alleges that as early as November 2011, months before the joint HGNE-Purolite bid would be filed, HGNE had already breached its agreements with Purolite by disclosing trade secrets to competitors such as Avantech, a water treatment firm headquartered in South Carolina. This wouldn’t be discovered until after Purolite filed suit in Japan against Hitachi for breaking its business agreements by using Purolite’s core technologies in contract work at the Fukushima site in place of Purolite. To aid discovery in the Japan case, Purolite initiated discovery proceedings against Avantech in the U.S. District Court for the District of South Carolina (D.S.C.). Documents obtained from Avantech during discovery uncovered the disclosure of Purolite’s trade secrets including information related to design specifications, pH and chemical precipitation requirements as well as specialty ion-exchange media. E-mails obtained during discovery also show where HGNE informed Avantech about confidentiality agreements with Purolite before disclosure of the trade secrets. 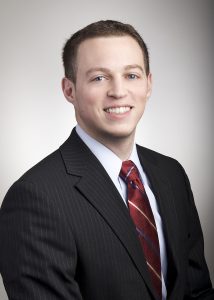 The lawsuit lists eight counts of allegations against Hitachi, Avantech and other defendants and seeks damages of at least $1 billion dollars. This amount of damages reflects the economic harm to Purolite as measured by the lost contract work at Fukushima, and the overall value of the technology if it were licensed to a third party according to Gavin Schryver, partner at Kasowitz, Benson, Torres & Friedman and one of the attorneys representing Purolite in this case. “It’s been established that the cleanup at Fukushima generally will be a multi-billion dollar cleanup, and a large portion of that is water treatment,” Schryver said.

One count of wrongdoing included in Purolite’s complaint was made under the terms of the Defend Trade Secrets Act of 2016 (DTSA), which was passed into law this May. This act amended the federal criminal code to enable trade secret owners to file civil action in a U.S. district court seeking relief for trade secret misappropriation, including injunctive relief, compensatory damages and attorney’s fees. While Purolite would have filed a complaint regardless of the passage of the DTSA, Schryver indicated that the law did help pave a more direct route to the federal court system. “If it was never enacted, you would see a similar action, just without that count,” Schryver said. “We’d rely on a different basis for jurisdiction.” The complaint includes a total of eight counts of wrongdoing, including counts for misappropriation of trade secrets under state law, tortious interference with existing and prospective business relations as well as civil conspiracy. Currently, investigation in the federal case filed in S.D.N.Y. is ongoing and an initial conference for discovery hasn’t been scheduled yet.

The cleanup of the Fukushima Daiichi plant and surrounding sites is a massive challenge which representatives of the project said earlier this year could take as long as 40 years to complete. A report from the American Nuclear Society pegged the costs of decommissioning all four Fukushima Daiichi reactors at $15 billion USD. As of this August, more than 1,000 water tanks holding 800,000 tons of radioactive water were at the site. 40,000 gallons of groundwater leak into the basements of Fukushima Daiichi every day and become contaminated.