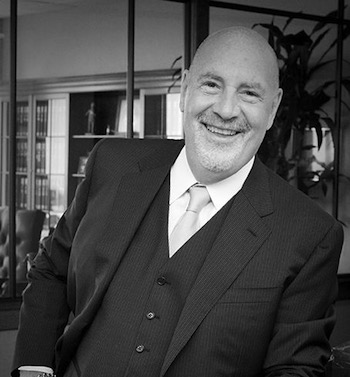 It is with great sadness, and a sense of shock, that I write this article about a true giant in our industry.

I will always remember the larger than life, sharp dressed, eloquent friend I had the privilege of getting to know over the last several years. He was always well informed, extraordinarily well prepared, and he was unafraid to say what he thought.

That was Ray Niro. He didn’t pull any punches.

If anyone ever heard Ray speak, or read any of Ray’s writings, or saw him fight in a courtroom, you would know his passion was to help protect inventors. In some sectors of the community that no doubt lead to Ray being one of the most disliked individuals in the industry. Of course, Ray knew his reputation and he didn’t seem to care. He was representing the underdogs, a role for which he was tailor-made.

Throughout his career he was a champion for the inventor facing long odds due to widespread patent infringement by large multinational corporations. So loathed by some was Niro that he was the one originally referred to as “the patent troll” by the media due to his representation of innovators against giant technology companies.

Of course, referring to Ray as a patent troll is at best half the story. No picture of Ray Niro could ever be complete without mention of his extraordinary success. The reason he managed to get under the skin of so many giant tech companies was because he was very good at proving that large corporations infringed valid patents owned by his clients, sometimes on fundamentally important innovations. Indeed, in a long and distinguished career that spanned over 40 years, Niro collected well over $1 billion for his inventor clients.

In addition to earning the admiration of those in the innovator community, Ray was also a well-decorated trial attorney. In 1997, Ray was named by The National Law Journal as one of the ten top trial attorneys in the United States. In August 2013, The American Lawyer named Ray as one of the Top 50 Big Law Innovators of the past 50 years.

Over the years Ray was always very generous with his time, going on the record with me several times and writing a number of articles for publications on IPWatchdog.com. Just days ago he had agreed to write another article for publication on IPWatchdog.com, this time focusing on the decline of the American patent system. Ray believed the U.S. patent system no longer protects the American inventor, but instead protects multinational corporations. In recent years this was a topic that was always very near and dear to his heart.