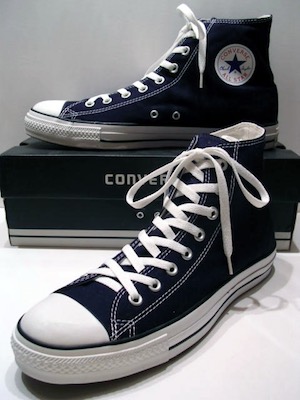 In late 2014, Nike Converse Inc. launched an aggressive attack in the U.S. District Court in Brooklyn against companies including Walmart, Under Armour and Ralph Lauren for infringing upon Converse’s signature Chuck Taylor shoe. Nike Converse sued a total of 31 companies for copying the rubber “bumper” running around the front, a “toe cap” on the top of the shoe above the bumper, and lines or stripes running around the sides of the classic kick. Many of us have either owned or seen the Chuck Taylor and can identify these unique traits.

Converse, which was acquired by Nike in 2003, wanted the infringing shoes off the shelves, along with monetary damages, and pursued an additional complaint with the International Trade Commission (ITC), which has the authority to prevent any shoe it believes to be infringing from entering the United States. Pursuing a separate complaint before the ITC demonstrated that Nike Converse was determined to protect the Converse brand. It’s especially uncommon for trademark cases to reach the ITC, and the defendants asked for a stay in the Brooklyn litigation until the ITC made its determination.

In response to Nike’s filing, the ITC “voted to institute an investigation of certain footwear products. The products at issue… are shoes that allegedly infringe or dilute registered and common-law trademarks used in connection with certain Converse shoes, such as the Chuck Taylor All Star Shoe. The complaint, as amended, alleges violations of section 337 of the Tariff Act of 1930 in the importation into the United States and sale of certain footwear products that infringe or dilute registered and common-law trademarks asserted by Converse. The Complainant requests that the ITC issue a general exclusion order, or in the alternative a limited exclusion order, and a cease-and-desist order.”

Nike Converse’s ITC strategy appeared to pay off. Late last year, the ITC shadowed a ruling by an administrative law judge that Nike Converse owns two trademarks on the outsole layout of the famous canvas sneaker (the ITC also denied one Converse trademark that covered the midsole of the shoe). Although Walmart, Sketchers, et. al were accused of infringing the mark that the ITC denied, late last month, the ITC issued a ban on any shoe that infringes upon the two trademarks the ITC held up. All companies in the world have to abide by this ruling, not just the 31 that Nike Converse was originally suing. This ruling is similar to that of another high-profile case, Christian Loutboutin v. Yves Saint Laurent, in which the court found that Louboutin’s signature red shoe sole was a “distinctive symbol” representative of the brand and deserving of trademark status.

“The Commission has determined that a general exclusion from entry for consumption is necessary to prevent circumvention of an exclusion order limited to products of named persons because there is a pattern of violation of section 337 and it is difficult to identify the source of infringing products,” the ITC order reads.

A careful review of the full public opinion very recently released by the ITC shows that Nike Converse has a significant problem as noted above: the ITC found that the shoemaker does not hold valid trademark rights to the midsole, which includes the bumper element of the shoe, along with the “toe cap.”

Nike Converse’s aggressive strategy was effective early on, convincing all but a few companies to settle. Ralph Lauren Corp. surrendered after the ITC concluded that Ralph Lauren, particularly, infringed on Converse’s trademarks, including “washed canvas, Western leather, camouflage shows and bleached denim shoes.” Ralph Lauren had only 20 days to scrap all of its 36 infringing sneakers and related “molds, parts, tools, marketing, packaging and promotional materials” and paid Converse an undisclosed amount. In February of last year, Converse filed notice it was dismissing its case against Zulily after an agreement was reached between both parties. Additionally, Converse informed the federal court in Brooklyn, N.Y., that it was also dismissing its cases against H&M and Tory Burch. After the recent ruling, some of the companies that settled might be questioning if that was the right move.

Walmart, perhaps one of the most infamous companies for aggressive litigation stances, filed a claim of its own and stated it would, “fight Converse’s anti-competitive actions to preserve Every Day Low Prices for Walmart customers,” claiming that, “Converse is using the suit to extort monetary settlements.” In Walmart’s filing, the retail giant claims that Constripes are “actually or aesthetically functional” and “are not subject to trademark protection.” In trademark law, design aspects that are functional cannot be protected, and companies must also prove that consumers associate the specific design with the manufacturer. Other defendants who refused to admit wrongdoing argued that Converse waited such a long time to file that widespread copying had already made the sneaker design generic, while others said that the collection of elements lacks sufficient distinctiveness to function as a “source designator” to make the shoe unique and protectable.

It’s interesting to note that New Balance took a defensive measure by filing a federal lawsuit denouncing Converse’s “aggressive efforts” to protect the Chuck Taylor All-Star sneakers from “imitators.” New Balance had previously contacted Converse to ensure that New Balance’s similar PF Flyers shoe would not be named in Converse’s legal campaign. In response, Converse threatened to include New Balance in the list of alleged copycats it submitted to the ITC.

Soon after that, Converse released a statement saying it “brought its case to the International Trade Commission to prevent customer confusion, to protect legitimate intellectual-property rights, and to stop the sale of knockoff Chucks, all of which remain unchanged… We are committed to protecting our rights and will respond to [New Balance’s] filing accordingly.”

At least for the time being, shoes that infringe upon the two trademarks on the outsole layout of the famous canvas sneaker, cannot be brought into or sold in the United States. It remains to be seen how the Brooklyn court will rule. If the ITC decisions are any indication, then Nike Converse has reason for concern.

UPDATED Friday, July 8, 2016 at 10:00am to clarify that the ITC ruled the shoemaker does not holding a valid trademark in the midsole.

Nicholas Rozansky is a Partner at Brutzkus Gubner Rozansky Seror & Weber LLP. Nick represents plaintiffs and defendants, usually in the apparel and fashion industry, in all types of litigation. He seeks [...see more]